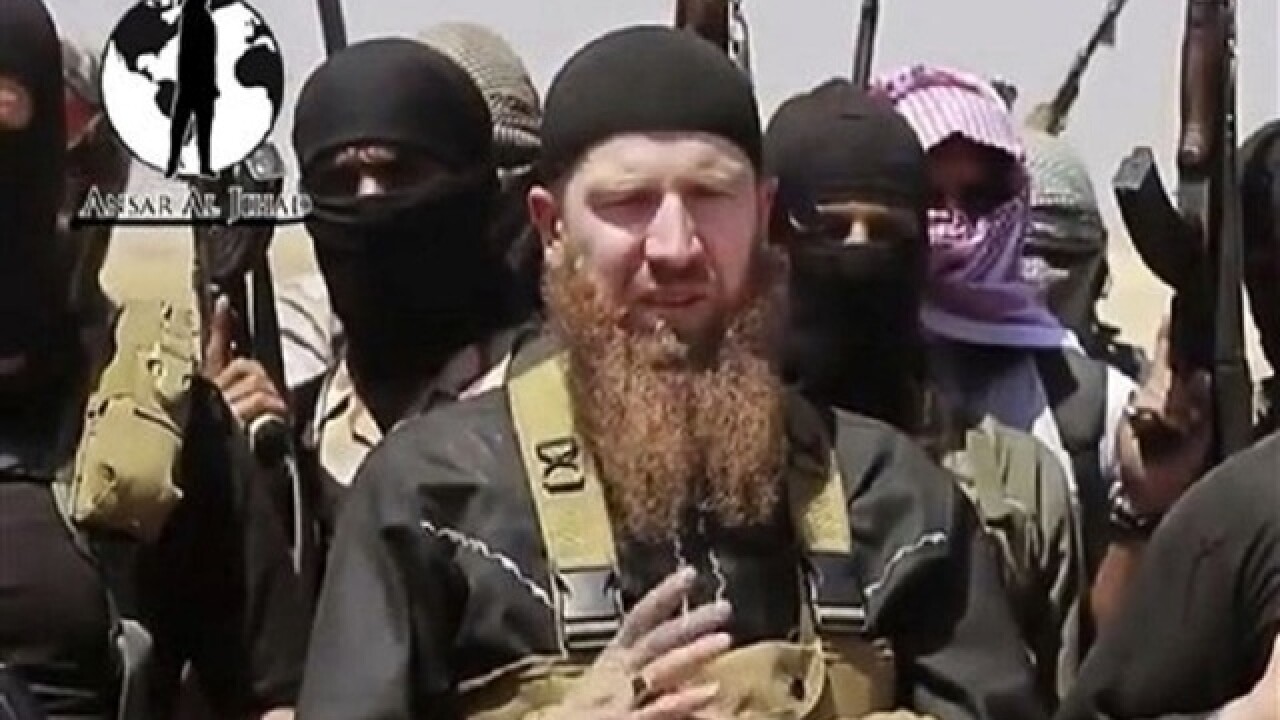 BEIRUT (AP) — A monitoring group says an airstrike on an al-Qaida affiliated headquarters in northern Syria has killed at least 22 militants, including a senior Qaida-linked spokesman.
The Britain-based Syrian Observatory for Human Rights says jets thought to belong to the Syrian or Russian Air Forces targeted the headquarters of Jund al-Aqsa, an extremist group that fights alongside the Nusra Front, al-Qaida's affiliate in Syria, Sunday night.
A media outlet belonging to the Lebanese militia Hezbollah says the strike killed the Nusra Front's official spokesman, Radwan Namous, also known as Abu Firas al-Souri, and his son.
Hezbollah has sent thousands of its fighters to fight alongside Syrian government forces in the country's five-year civil war.
Associated Press 2016