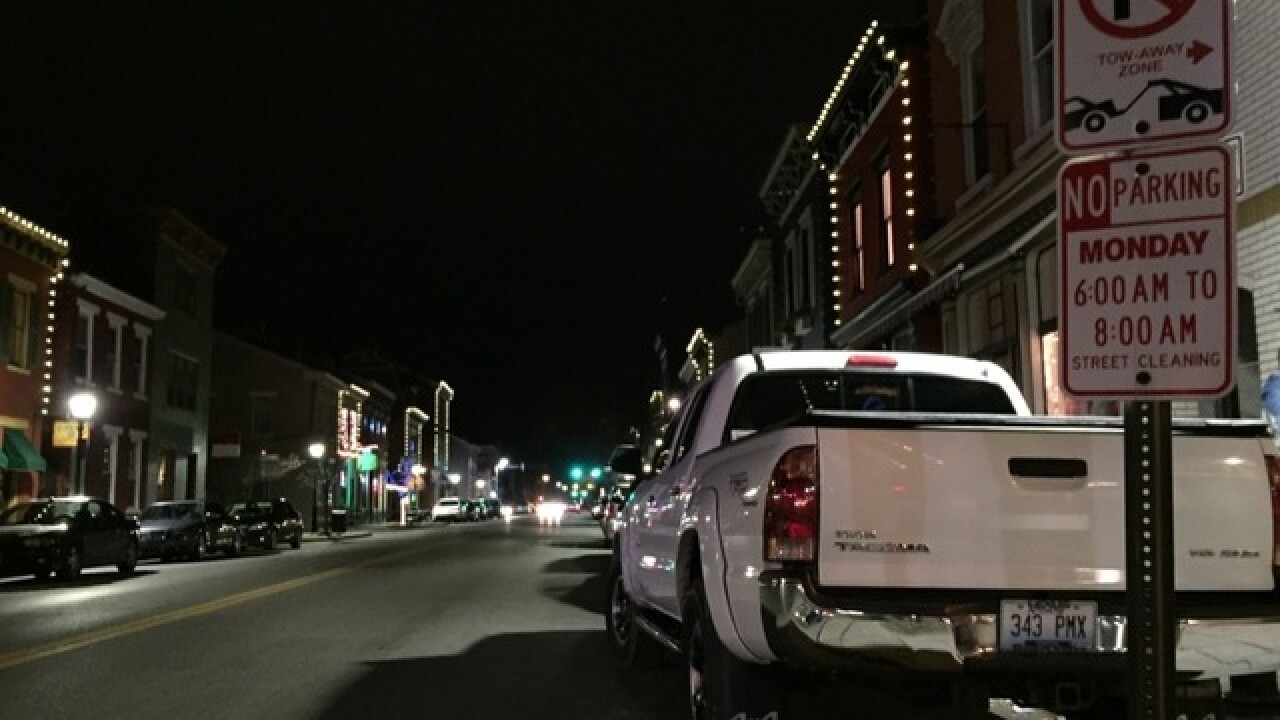 COVINGTON, Ky. -- You've got two more weekends of free parking at Mainstrasse before the meters arrive. Or, until you have to feed them, anyway.

Covington's Board of Commissioners adopted a parking plan for the neighborhood last fall, and it includes a mix of parking meters, parking lots and parking permits for people who live nearby.

Parking had become a problem for business owners and people who live in Mainstrasse, according to the city: Residents couldn't find convenient spots on the street, and businesses didn't see the kind of turnover they'd like because on-street parking was free.

In August, Brad Speckert, owner of Pizza Tower, described parking in the neighborhood as a "free for all." One of his customers, he said, complained she'd visit more often if not for the "terrible" parking situation with few open spaces. Still, some residents and people who work in the neighborhood weren't entirely thrilled with the idea.

Starting March 30, on-street parking will cost 70 cents per hour, Monday through Friday from 8 a.m. to 5 p.m. Outside of those times, it will still be free.

Three pay-by-plate parking kiosks are being installed in the lot, with another six coming to Main Street and Sixth Street. Drivers can enter their license plate number and pay for the time they'll use; unlike pay-and-display kiosks, the newer models won't force drivers to go back to their vehicle to put a receipt in the window.

Applications for the residential parking permits, which also include a visitor's pass, must be submitted to the city before March 30.

For comparison, across the Ohio River in downtown Cincinnati, on-street parking costs between $1.75 and $2.25 per hour, and there's no permit plan for residents. In Cincinnati's popular Over-the-Rhine neighborhood just north of Downtown, on-street parking ranges between 75 cents and $1.25 per hour, and Mayor John Cranley killed a proposed plan for residential permits there.