WEBN fireworks to celebrate 40 years of pyrotechnic shows in September 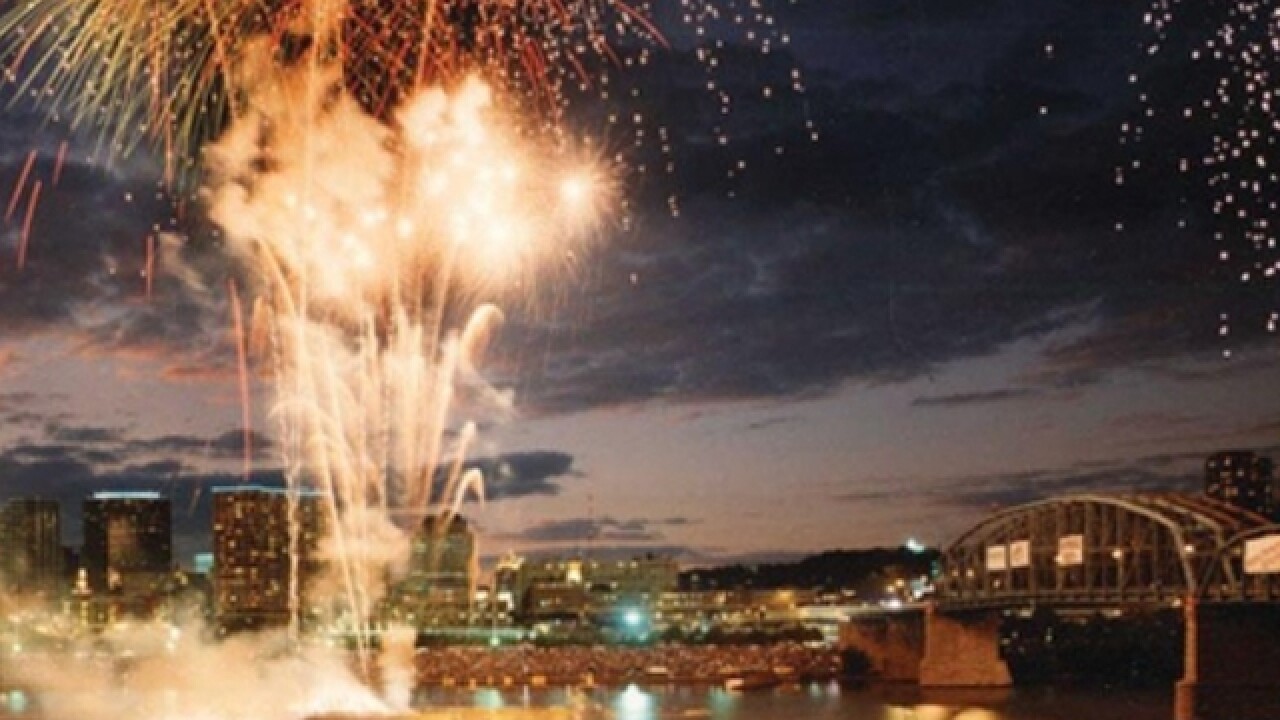 iHeartMedia Cincinnati announced Tuesday that the theme for the Western and Southern/WEBN Fireworks event will be "Celebrating 40 Years of Fireworks." The event takes place noon to 10 p.m. Sept. 4, with fireworks kicking off at 9:05 p.m.

The event will feature a fireworks production by Rozzi’s Famous Fireworks and will be choreographed to WEBN's 40 Years of Fireworks themed soundtrack. Recording artists Jacob Whitesides, Daya, Jordan Fisher and Alex Angelo will perform live alongside local music and entertainment acts at the Hubert’s Lemonade Pavilion Stage.

“The Western and Southern/WEBN Fireworks has been a true gift to the region for the past four decades,” said Chuck Fredrick, region president for iHeartMedia Cincinnati-Dayton, in a news release. “Thanks to Western & Southern and our many partners, everyone will enjoy the most entertaining pyrotechnic show in the country for its monumental 40th year on the banks of the Ohio River. ”

The 10-hour party will also feature activities for all ages, interactive fun zones, and local restaurant and retailer vendor booths.

In addition, the 22nd annual Rubber Duck Regatta will take place at 3 p.m. the Purple People Bridge. The regatta will raise money for the Freestore Foodbank, a local organization that supports food-insecure families and children in the Cincinnati Tri-State area.

“The Western and Southern/WEBN Fireworks is one of those special things you get in Cincinnati that you do not get anywhere else," said John Barrett, CEO of Western and Southern Financial Group in a news release. "It is such a family-oriented tradition that goes back 40 years. Also, the fundraising associated with it helps people in need through donations to the Freestore Foodbank."

Fans can tune in to WEBN 102.7 to listen to the 40 Years of Fireworks themed soundtrack choreographed to the fireworks.