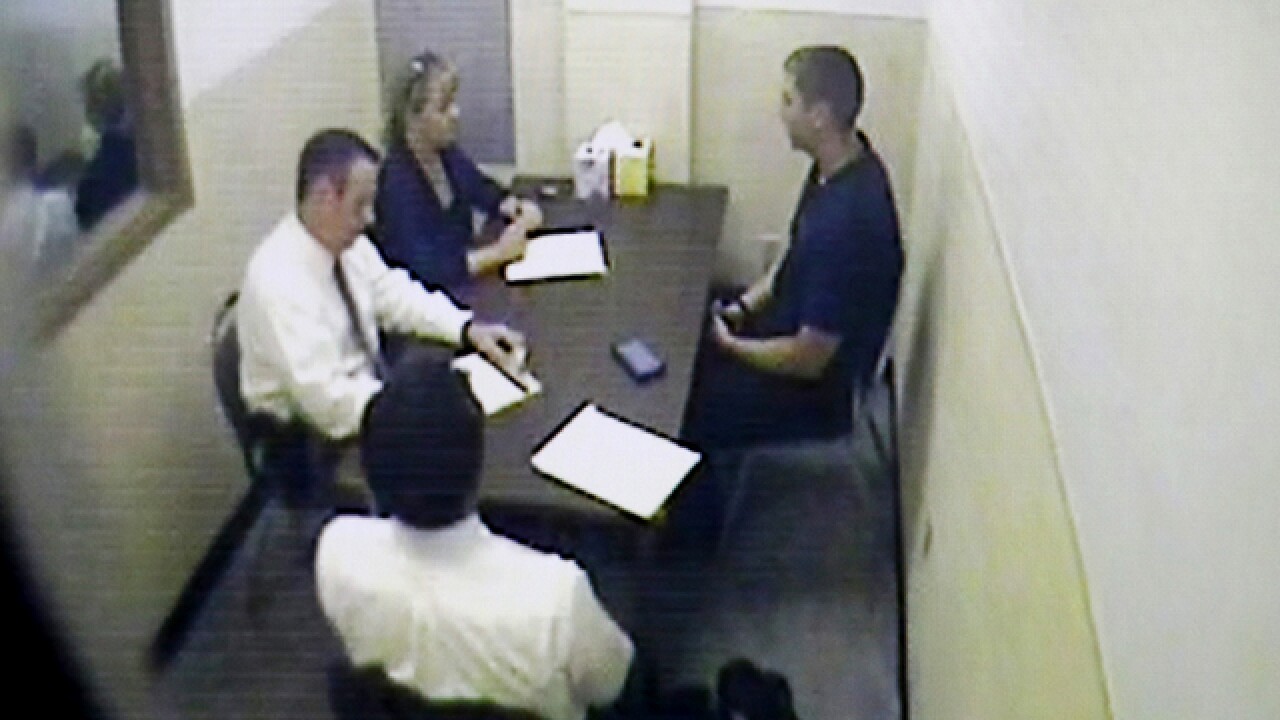 CINCINNATI -- Videos made public for the first time during a court hearing show police interviewing Ray Tensing in an interrogation room after he fatally shot Sam DuBose.

In the video, Tensing gives his version of events when he pulled over DuBose to Terry McGuffey and Shannon Heine from the Cincinnati Police Department's Homicide Unit two days after the shooting. He said he was reaching into the car to turn it off when he became tangled in DuBose's steering wheel and was dragged.

Tensing told investigators he believed DuBose accelerated the car and was trying to kill him. He said he was hanging onto the side of the car and was being dragged when he drew his gun and shot DuBose.

Watch the interview in three parts in the videos above.

Tensing Transcript by James on Scribd