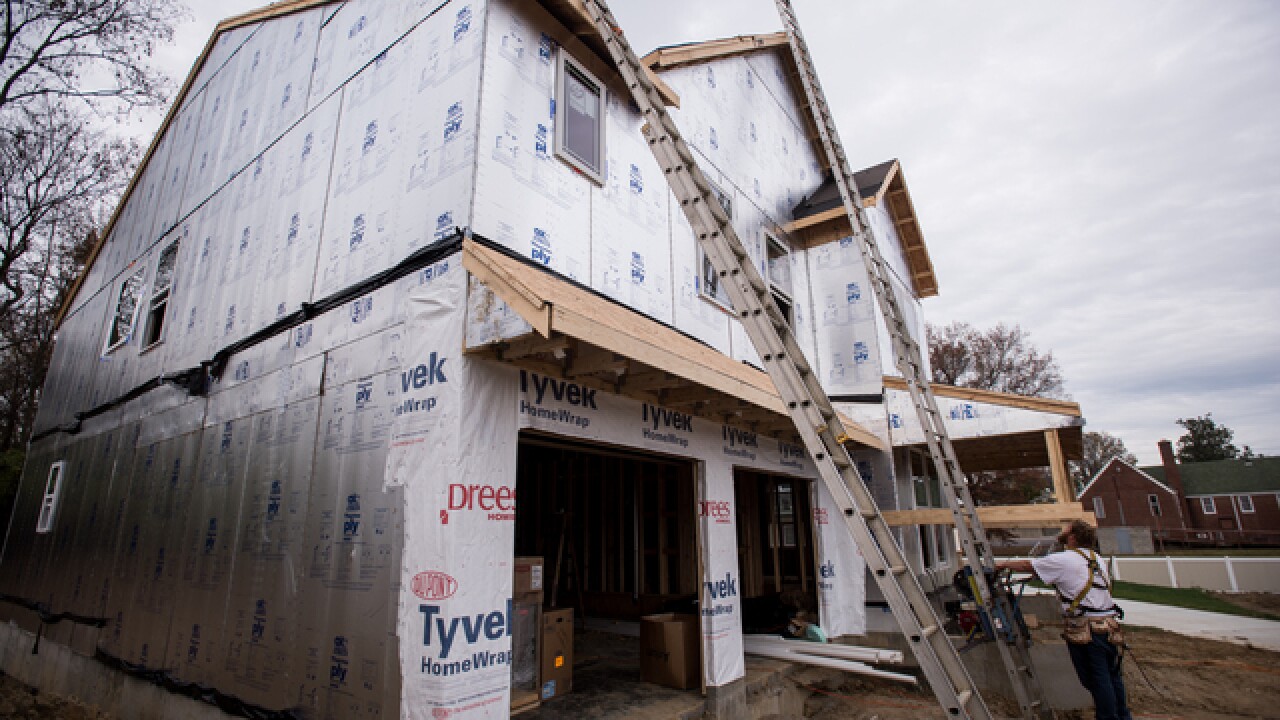 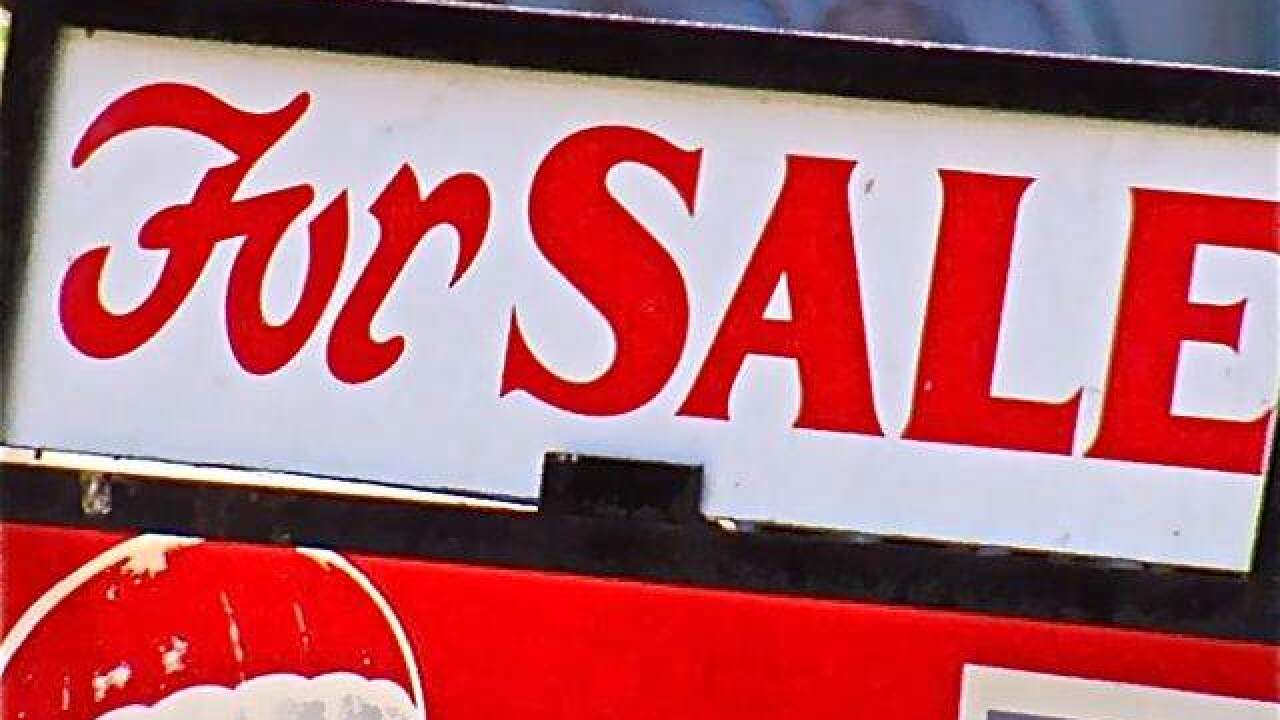 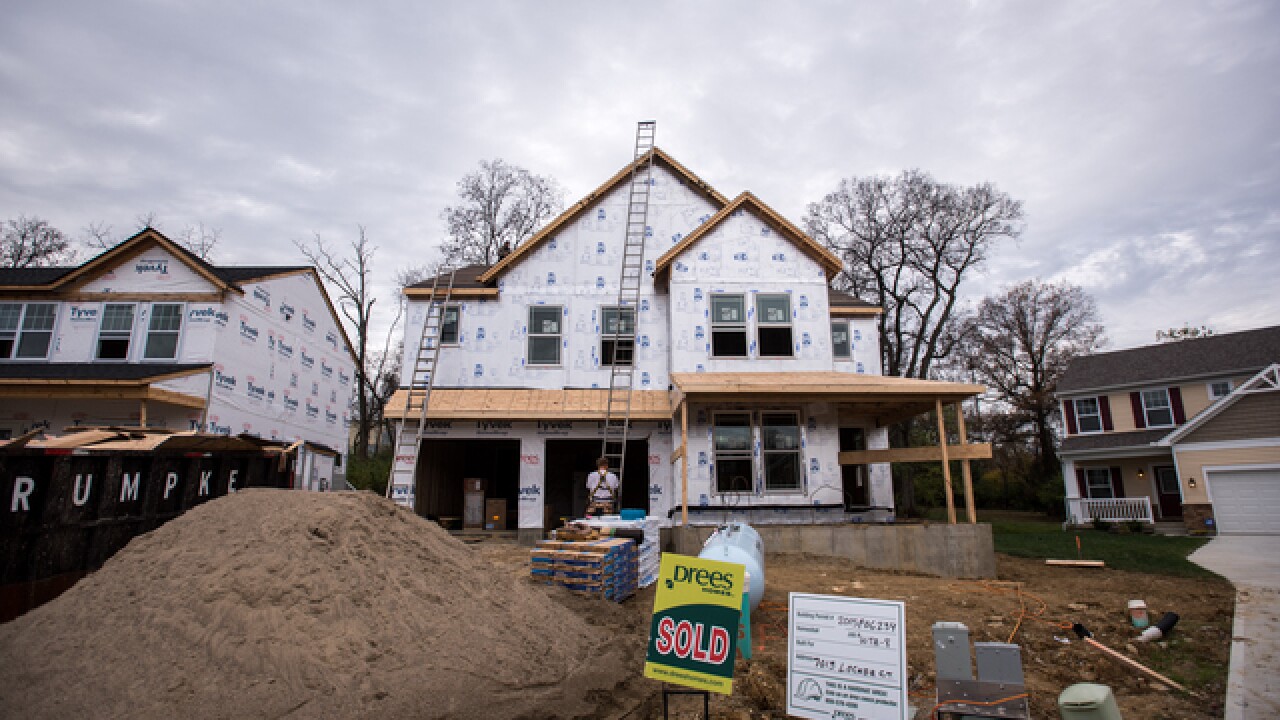 CINCINNATI – It’s been a comeback year for the region’s battered and slowly recovering housing market.

Across Greater Cincinnati and Northern Kentucky, home sales through September have experienced their strongest year of growth since the Great Recession, according to data from local real estate trade groups.

“It’s been a perfect storm with low interest rates, prices that are creeping up and record-levels of low inventory,” said Joe Mock, president of the Cincinnati Area Board of Realtors. “It’s nothing like the frenetic pace we saw back in the early 2000s, but we feel like this is a much more sustainable rate of growth.”

Potential head winds are on the horizon, however, that could slow that pace of growth, local and national experts say.

As the New Year approaches, here’s a run-down of where we’ve been and where experts say the housing market is likely head in 2016.

In Southwest Ohio, homes sales were up 11.5 percent across Butler, Clermont, Hamilton and Warren counties for the first nine months of the year compared to the same time in 2014, according to the data from the Cincinnati Area Board of Realtors.

Here’s a look at the top nine neighborhoods in greater Cincinnati and Northern Kentucky with the most home sales:

Source: Cincinnati Area Board of Realtors

As demand picks up, housing prices are beginning to rise, according to local data.

“There are fewer people who are upside down in their mortgages, which means many more homeowners are getting their equity back,” Mock said.

Here’s a look at top nine neighborhoods in Southwest Ohio and Northern Kentucky where prices have climbed the most:

After years of homebuyers having the upper hand in the housing market, sellers are now in the driver’s seat, experts say.

That’s because locally and nationally too few homes are for sale compared to the number of house hunters ready to buy.

“We have historically low inventory all year, and it’s definitely creating a seller’s market,” Mock said.

“If you put a well-priced, updated home in the market it’s gone fast, and that’s true pretty much across the market,” Mock said.

Selling for a profit a challenge for some

Even as home prices have climbed, a considerable number of homeowners are still “underwater,” meaning they owe the bank more than their house is worth.

According to data from RealtyTrac, 14.2 percent of Cincinnati-area mortgage holders in the third quarter were considered “seriously underwater”– meaning they owe at least 25 percent or more than their property is worth.

The good news, according to the data, is that the number of underwater mortgage holders continues to steadily decline.

In Cincinnati, the number of homeowners considered seriously underwater has been cut in half since 2013, when 28.2 percent fell into the category. Statewide the number has dropped from 25.7 percent in 2013 to 19.4 percent in the third quarter of this year, according to Realty Trac.

Despite the healthy bumps in home sales and prices, the region is still recovering from record declines in homeownership.

“We’ve been through one of the worst recessions since the Great Depression, and the experience has tainted homeownership for some people,” said Shaun Bond, a professor of finance and director of University of Cincinnati’s Real Estate Center.

“There were some people who went into homeownership when it probably wasn’t the right thing for them, and we’re seeing an unwinding of that,” Bond said. “I don’t expect that we’ll see any dramatic increases in homeownership rates any time soon, but instead more of a stabilization of the rate.”

Even as the economy recovers and the job market has improved, the number of first-time home buyers is at a nearly three-decade low, according to results of a survey released this month.

The housing market’s share of first-time homebuyers fell 5 percentage points from 2014 to 33 percent, according to the National Association of Realtors Profile of Home Buyers and Sellers.

That’s the lowest levels since 1987, according to the trade group.

In part, rising rents and student debt are holding back first-time buyers from saving enough for a down payment, said Dan Dressman, executive director of the Home Builders Association of Greater Cincinnati.

“The younger generation, they’re also delaying marriage, which is when you tend to make the first home purchase,” Dressman said.

Tighter loan conditions are also likely a factor, according to results from the national survey.

Nearly half (47 percent) of first-time buyers who took part in the survey said their mortgage approval process was “much more” or “somewhat more” difficult than expected.

Interest rates low, but for how long?

Interest rates – which have been held at historic lows for nearly seven years – could see a boost as early as December, according to the latest signals from the U.S. Federal Reserve.

A rate boost would mark the first increase since June 2006, and could put some potential home buyers on the fence, said Bond.

“There might be a pause in activity,” Bond said. “But we are still at historically low interest rate levels, which many people will realize. I don’t think it will have a significant impact on the market.”

A bigger threat to the housing market’s continued recovery is the lack of supply and new homes for sale, according to the National Association of Realtors.

“The real solution to preserving affordability is a substantial ramp-up in housing starts and more homeowners listing their home for sale,” said Lawrence Yun, chief economist of the national trade group told a gathering of Realtors during his  2016 economic forecast in San Diego this month.

Although the new home construction has been increasing over the last year, the gains have been slow and still too few in numbers, local experts said.

“The biggest challenge is there are not enough (building) lots on the ground,” Dressman said. “The pipeline is still not where it needs to be to meet demand.”

In Southwest Ohio’s Butler, Clermont, Hamilton and Warren counties permits for new home construction were up 11.1 percent through the end of September, according to data from the Home Builder’s Association of Greater Cincinnati.

In Northern Kentucky’s Boone, Kenton and Campbell counties, new home construction is expected to grow 4.5 percent for all of 2015, according the Home Builder’s Association of Northern Kentucky.

Better to buy than rent?

For individuals considering jumping into the housing market in 2016, experts say a number of factors should be considered as they weigh whether it’s more affordable to buy or rent.

“Ten years ago people were rushing to buy a home even though they might not be ready because they thought home prices were going to keep climbing rapidly,” Bond said. “We’re not in an environment like that any more, and people can think through not only the finances, but the economic realities they’re facing.”

Locally, average rents have climbed each year since 2011, according to data from the Cincinnati office of CBRE, a real estate services firm.

Rents, which averaged $804 across the region in 2014, have climbed the most in Cincinnati’s central market – which includes Downtown and Over-the-Rhine. There, average rent per square foot has climbed from 91 cents in 2011 to $1.07 in 2014, according to the most recent data available. Northern Kentucky rents have remained relatively flat, ranging from 75 cent per square foot in 2011 to 79 cents in 2014.

Since the recession, Bond said, a larger share former homeowners have become renters by choice.

“They can afford to buy, but they’re choosing not to either because they’re not sure where their job is going to take them, or because it’s a lifestyle choice,” Bond said. “By renting, they have the lifestyle they’re looking for – low maintenance, no yard work.”

If you're weighing whether it's best to rent or buy, here's a few helpful tools to consider tapping into before you pull the trigger.