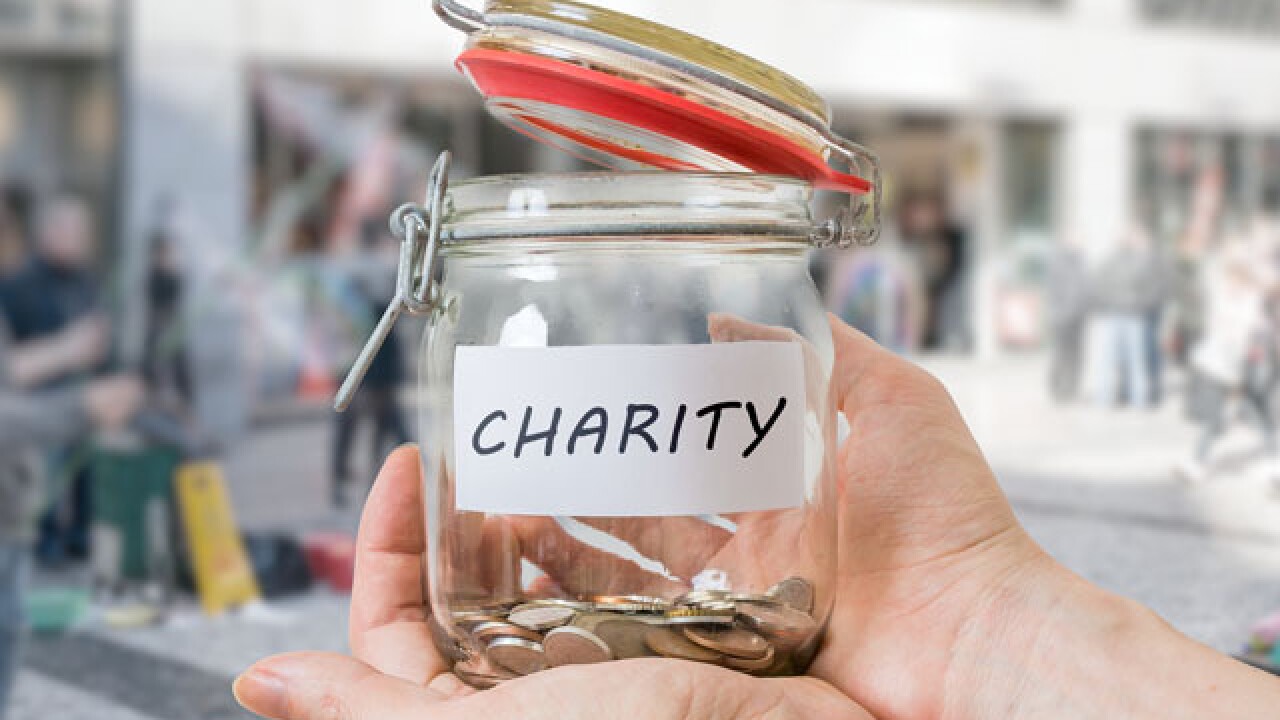 CINCINNATI — With the nasty tone of the presidential campaign and the horrific violence in Orlando, it might be difficult to think of the United States as a charitable place.

But philanthropic donations for America's individuals, estates, foundations and corporations reached an estimated $373.25 billion in 2015.

At more than $1 billion a day, the total is a record for the second year in a row.

That's according to Giving USA 2016: The Annual Report on Philanthropy for the Year 2015, released Tuesday.

"Studies show at least 60 percent of American households do give to charity regularly. That's more than vote. That's more than read a daily newspaper. But we don't hear about it as much," said Melissa Brown, a former editor of Giving USA who still serves on the advisory board.

"When other people in other countries hear about it, they're astounded. It's very distinctive."

While there is no regional report on giving in Greater Cincinnati, the increases in giving locally typically mirror the national results, said Jim Yunker, CEO of the Cincinnati-based philanthropic consulting firm The Yunker Group.

"Based on our 21 years in this market and the variety of organizations we work with, I think we're very on target," Yunker said. "And we're still a very generous community."

Wealthy donors tend to get the most attention for philanthropy — here and across the nation — for their sizeable gifts to charities. But even people who haven't felt the benefits of the economic recovery have continued to give to the nonprofits they support, Yunker said.

"There are a lot of modest donors out there that collectively provide a lot of this generous $1 billion a day in giving," Yunker said. "It's not just the mega gifts."

But the latest Giving USA data show that, with a significant increase in giving to foundations, charity is definitely being driven by the wealthy, Brown said.

"Their philanthropy is increasing," she said. "The rest of us are making some hard choices sometimes to adjust where our priorities are."

Here's breakdown of national figures by the source of giving:

Locally, Yunker said the causes that are resonating most with donors are childhood poverty, expanded preschool and the heroin epidemic.

"So many people have a connection with the heroin epidemic through neighbors or family members themselves," he said. "The interest has sometimes crowded out some very good causes and some very valid projects. But people know if there's going to be a change in those areas, we're going to have to come together."

Who's Getting the Money?

Nationally, Brown said she was surprised to see the category of "human services" rank third in the amount of charitable giving in 2015.

The category hasn't ranked that high since Brown started with Giving USA in 2000, she said.

Brown said that could be because there is still such need among nonprofits that help people who are still recovering from the recession.

But it also could be because human services nonprofits have gotten so much better at soliciting donations.

Across categories, the charities that have the most success tend to have the best leadership, Yunker said.

"When there is a valid project and a strong organization and strong volunteer and staff leadership, people are going to respond," he said. "It really comes down to people."

Here's the breakdown by the nine categories that Giving USA's research covered in its national report:

• Money contributed to foundations decreased to an estimated $42.26 billion. That's a 3.8 percent decline.

• Public-society benefit, a category that includes combined funds such as United Way and Jewish Federation campaigns, got $26.95 billion. That's an increase of 6.0 percent.

• International affairs saw the biggest percentage increase. The estimated $15.75 billion was 17.5 percent higher than in 2014.

An additional 2 percent of charitable giving in 2015 — $6.56 billion — went to individuals, largely in the form of in-kind donations of medicine through pharmaceutical foundation programs, according to Giving USA.