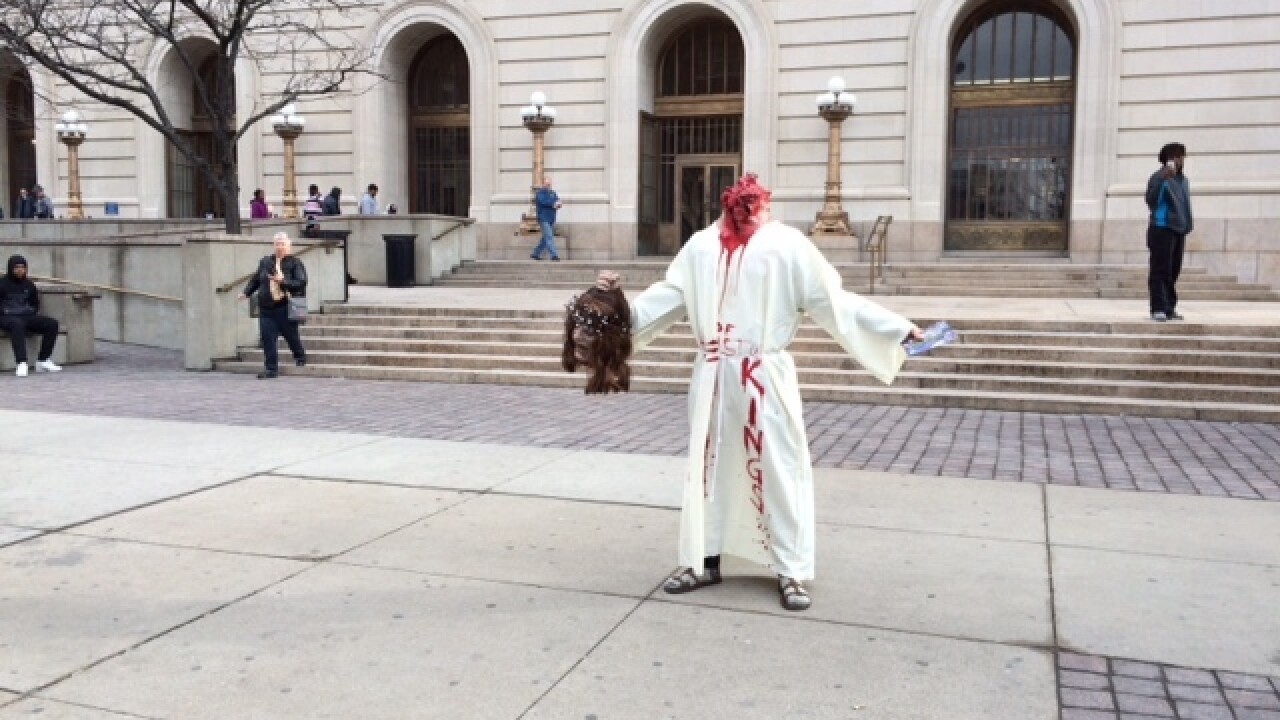 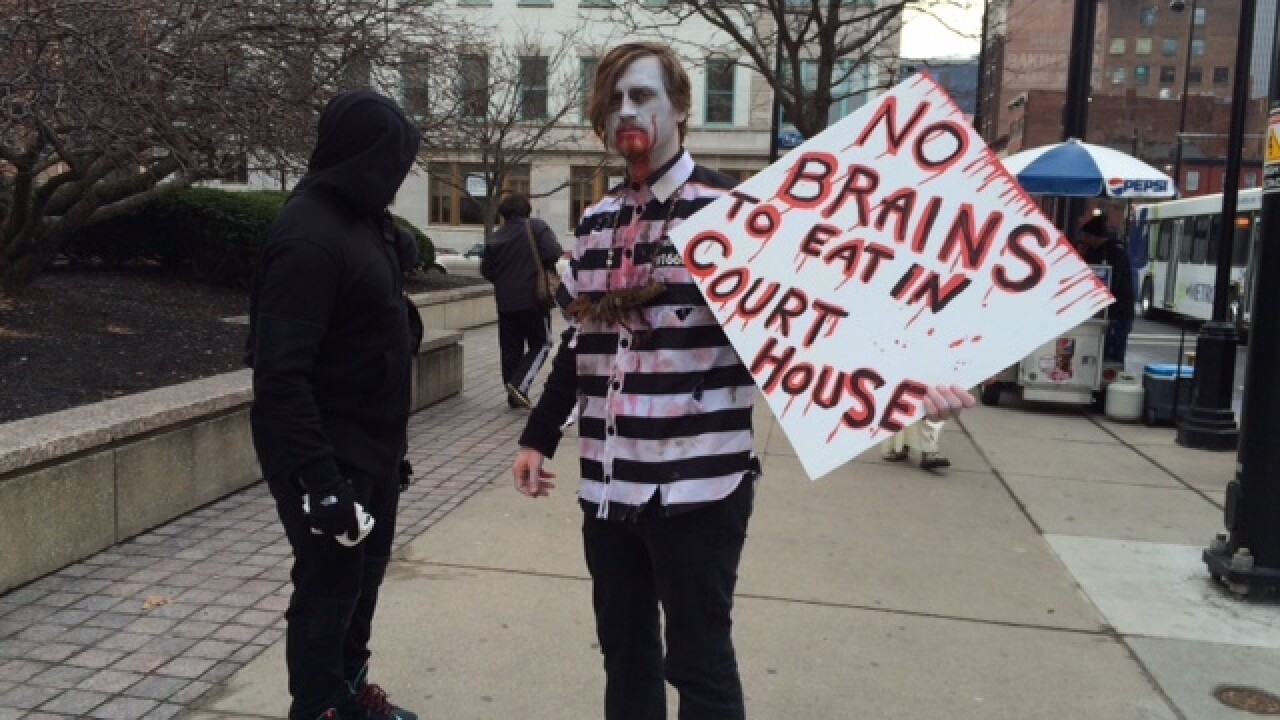 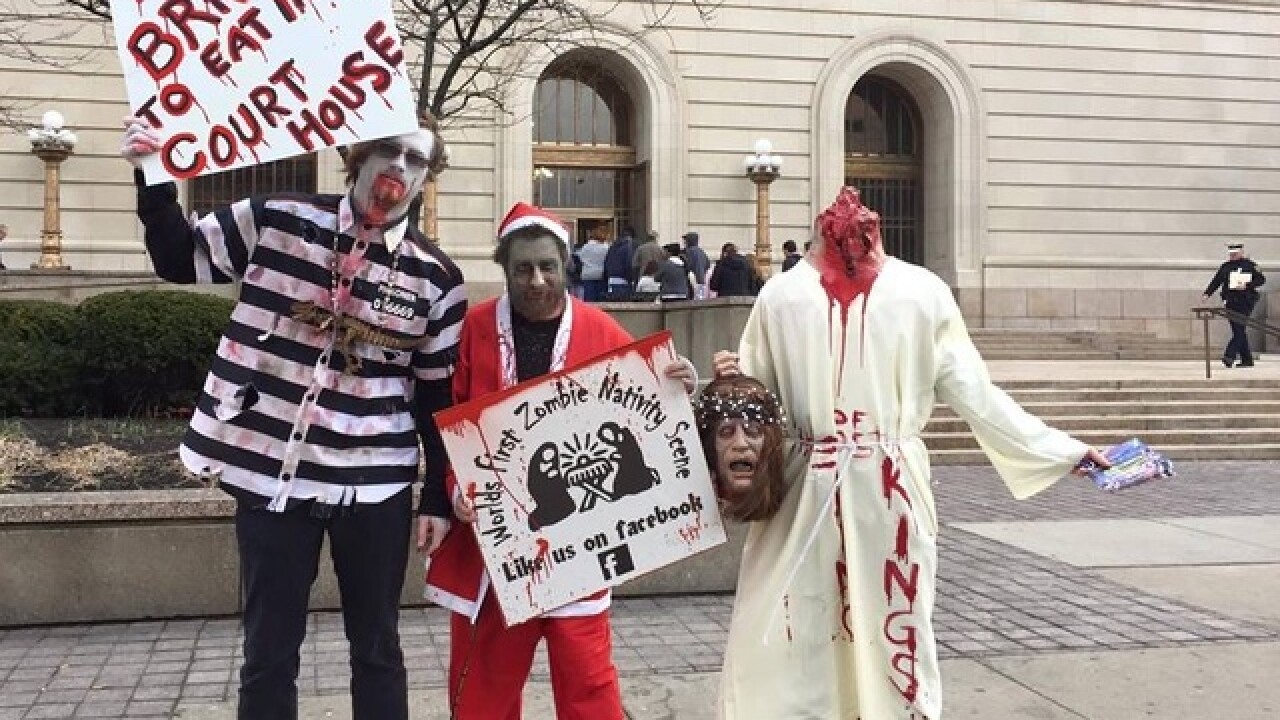 CINCINNATI -- In the latest installment of the Sycamore Township "zombie nativity" saga, two blood-spattered undead and a decapitated Jesus protested in front of the Hamilton County Municipal Court in support of Jasen Dixon as he asked a judge to throw out the case against him.

Dixon faces thousands of dollars in zoning violation fines from Sycamore Township for his holiday representation of the Virgin Mary, Joseph, and baby Jesus in zombie form outside his home on Vorhees Lane. Sycamore Township trustees insist the fines are because of the height and placement of the display.

After a motion to dismiss, Judge Brad Greenberg took the motion into consideration and will rule on the case March 15.

The nativity captured national attention when Dixon added it outside his home after Thanksgiving. It was the second year in a row he constructed the controversial scene.

Dixon says he and his zombie brethren are fighting this case to protect free speech in Ohio, according to his Zombie Nativity Scene Facebook page. One of the zombie protestors, John Forest Thomer, was arrested in January and served three days at the Hamilton County Justice Center for disrupting court proceedings in protest of Dixon's fines.