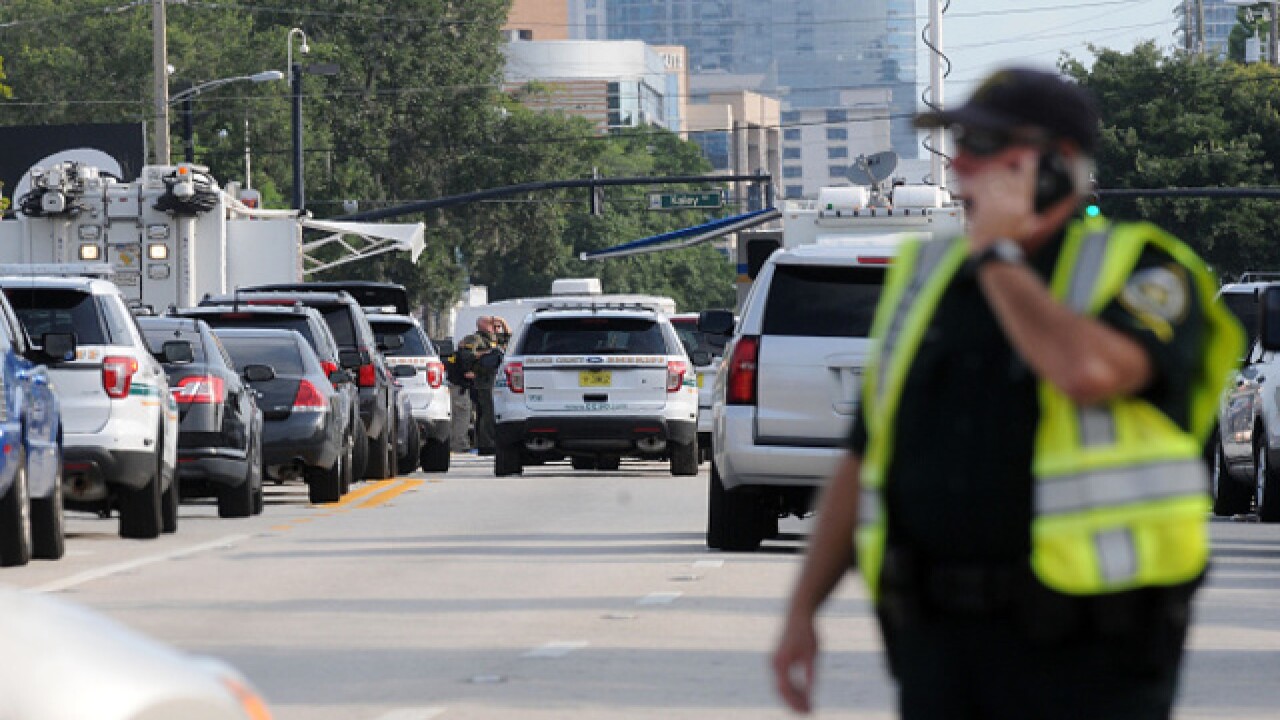 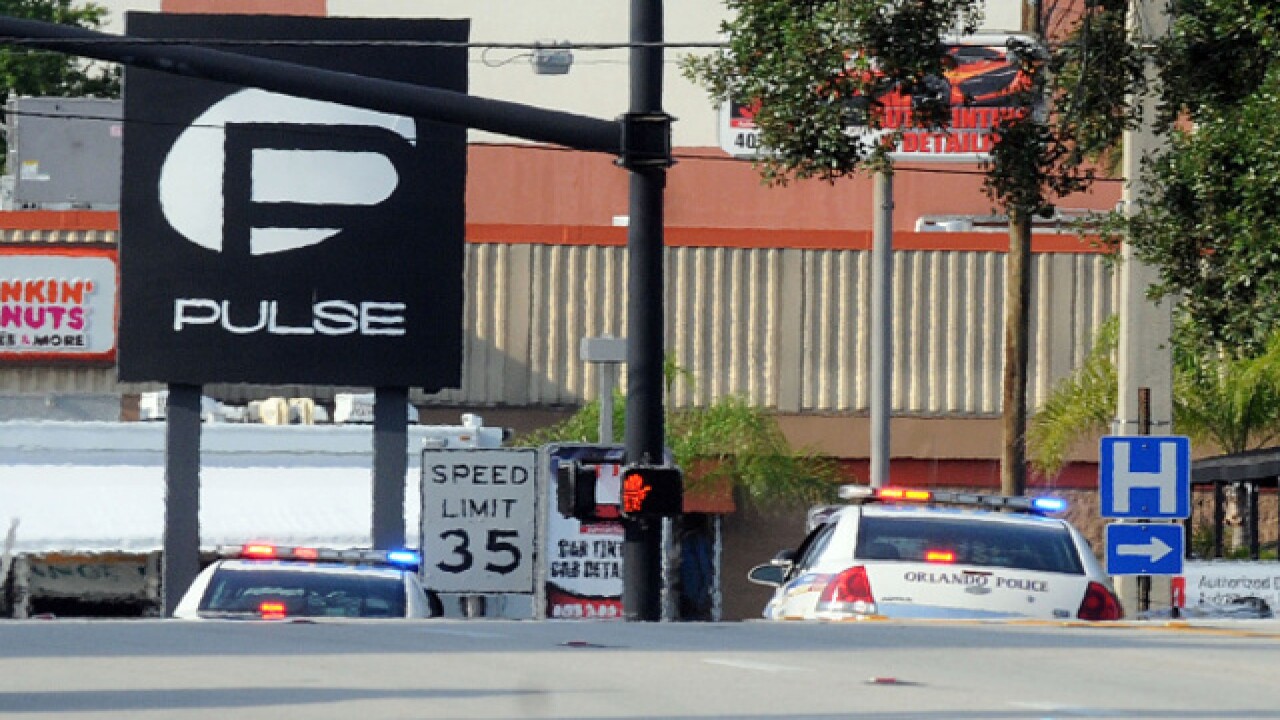 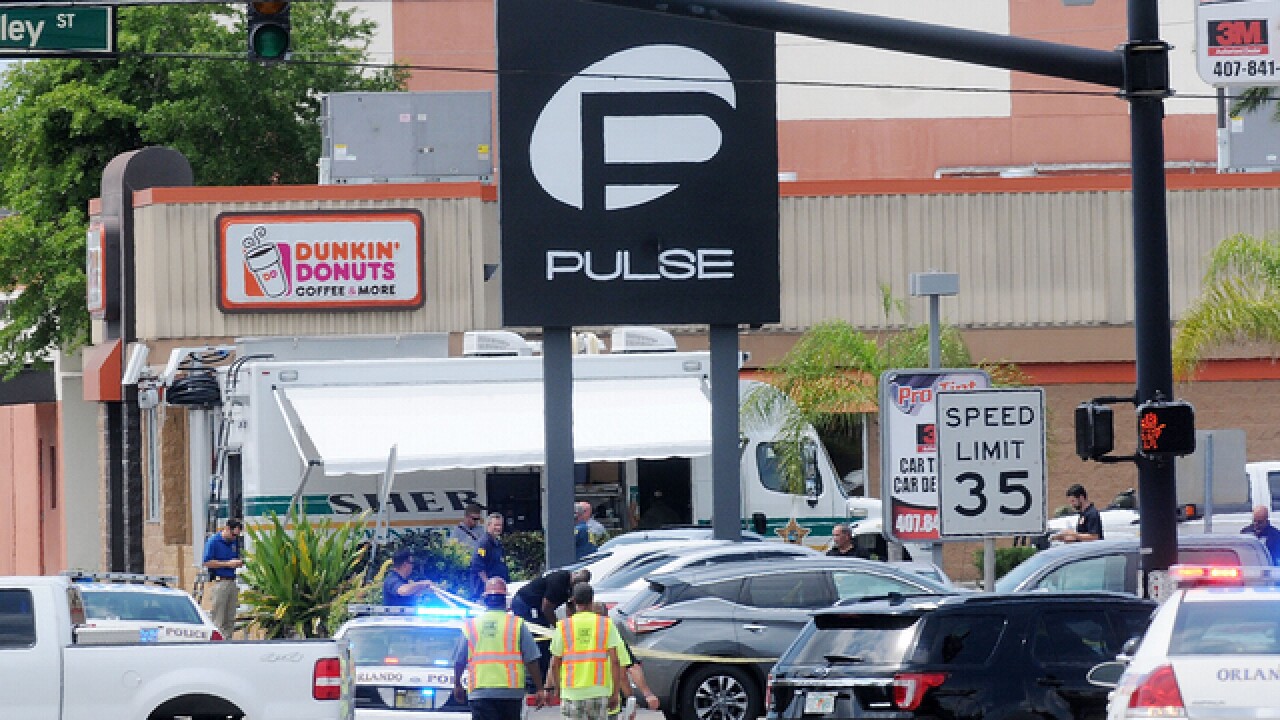 CINCINNATI -- Although Cincinnati is nearly 900 miles away, Tri-State residents, leaders and businesses are all sharing condolences and grieving with Orlando and the gay community after a mass shooter killed 50 people and injured more than 50 more inside Orlando's Pulse nightclub overnight.

Jim Obergefell, the face of the landmark Supreme Court case that effectively legalized same-sex marriage last year, said the U.S. has come a long way but still has a long way to go.

"I hope what comes out of this is a greater understanding and a greater desire to stop the rhetoric, stop the lies, stop the hatred director at people who are different," he said. "At the end of the day, we are all human."

"It's a sad day," Cincinnati PRIDE Co-President Shawn Baker said. "It's a terribly day. But, like all over the world, we'll come together and be a stronger community for this, after this. That's what's most important."

The rush of people -- not just gay or trans people -- giving blood in the hours after the attack were proof that these events just make the LGBT community stronger, according to Cincinnati PRIDE Co-President Shawn Baker.

"It's a sad day," Baker said. "It's a terribly day. But, like all over the world, we'll come together and be a stronger community for this, after this. That's what's most important."

Baker said he expected the PRIDE parade in Cincinnati this year to have even more than the 90,000 who attended last year, and he expected Cincinnati police would be able to keep the crowds safe.

"We have one of the best police departments in the country," he said.

A crowd gathered at the Dock Complex club Downtown Sunday night to remember those who lost their lives in Orlando.

Moment of silence here at the Dock Complex's vigil to honor the victims of the #Orlando shooting. @WCPO pic.twitter.com/noTZbrD4TX

The attack seemed like one that could have happened anywhere, they said.

"My heart broke," Charlee McGinnis said. "I work in a nightclub. This could have easily happened here."

Our prayers go out to victims, families, @OrlandoPolice affected by the senseless #Orlando shooting. #praying4peace pic.twitter.com/weWB2dBxN4

Horrible news to wake up to this morning. My prayers and thoughts are with the families of those lives taken in the Orlando shooting.

My prayers are for and with the innocent victims of the Orlando massacre and their families.This heinous crime was pure evil.God help them.

Prior to the singing of our National Anthem today we will pause for a Moment of Silence in honor of the victims of the tragedy in Orlando.

Our thoughts and prayers to the Orlando victims and their families.

Final day in Jamaica, just learned of horrific mass shooting. Taking action so such massacres are rare, not routine, is the least we can do

A gunman wielding an assault-type rifle and a handgun opened fire inside a crowded gay nightclub early Sunday, killing at least 50 people before dying in a gunfight with SWAT officers, police said. It was the worst mass shooting in American history.

The suspect was identified as Omar Mateen of Port St. Lucie, Florida. Mateen's father, Mir Seddique, told NBC News about his son seeing men kissing a couple of months ago.

The attack had nothing to do with religion, he said.

Authorities were investigating the attack on the Florida dance hall as an act of terrorism.

When asked if the gunman had a connection to radical Islamic terrorism, Hopper said authorities had "suggestions that individual has leanings towards that."

President will make excuses.will not put blame on the groups that do this. We have 2 much political correctness.

In a news release, the Islamic Center of Greater Cincinnati said its members were "outraged at horrific violence."

"We join with the Orlando community and all Americans in expressing our profound outrage, grief, and condemnation of this sickening act of senseless violence that violates all human decency," they wrote. "Hate, bigotry and violence are our common enemy."

Pulse was a well-known gay bar in Orlando, and many are delivering statements of support to the LGBT community.

$ can never replace a loved one, but these families will need our help. Please consider. @equalityfl #StopTheHate https://t.co/iP1cE8MkuN

Our hearts go out to the victims of the Orlando nightclub shooting and their families and friends. pic.twitter.com/siCjAEUaZ3

I have requested the flag at City Hall be lowered to half-staff and Cincinnati sign on the Convention Center be changed to rainbow colors.

The owners of Below Zero, a well-known local gay bar, said that even through it happened far away, the local LGBT community was feeling the loss and depending on each other for support. Juan Carlos Diaz knew two people at Pulse -- they're both OK.

"I was just horrified," Diaz said. "It can be anywhere in America."

Below Zero said it plans to host a peaceful gathering Monday at 7 p.m.

@WCPO In light of the absolute tragic incident in Orlando, Below Zero Lounge is hosting a gathering Monday at 7pm.

Casey Hayes with the Cincinnati Men's Chorus said they would continue to fight hate.