Is this the nastiest race in Hamilton County? 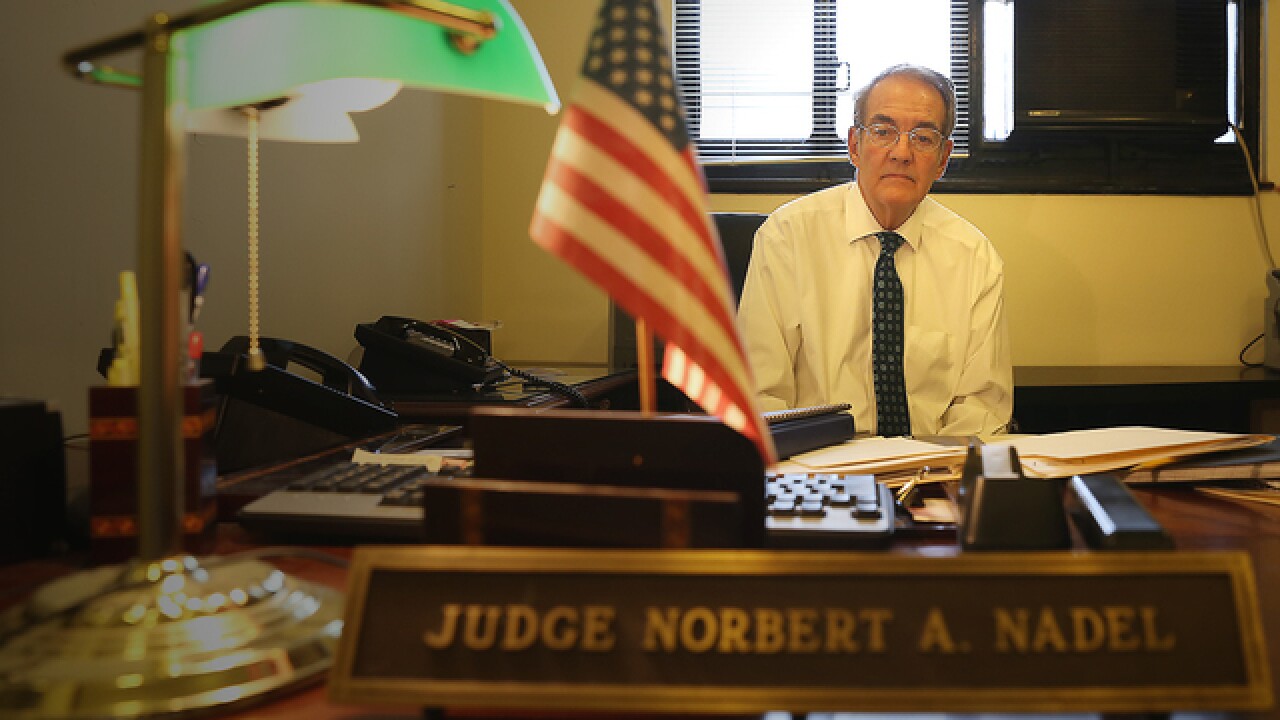 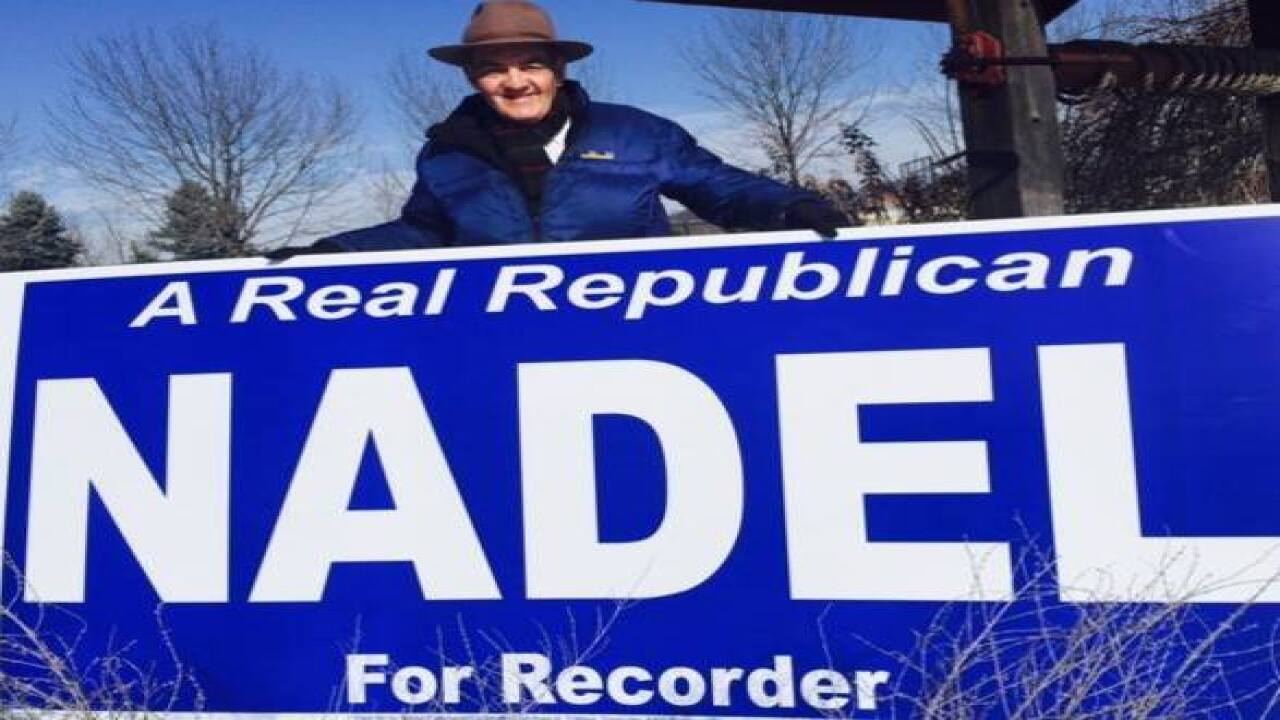 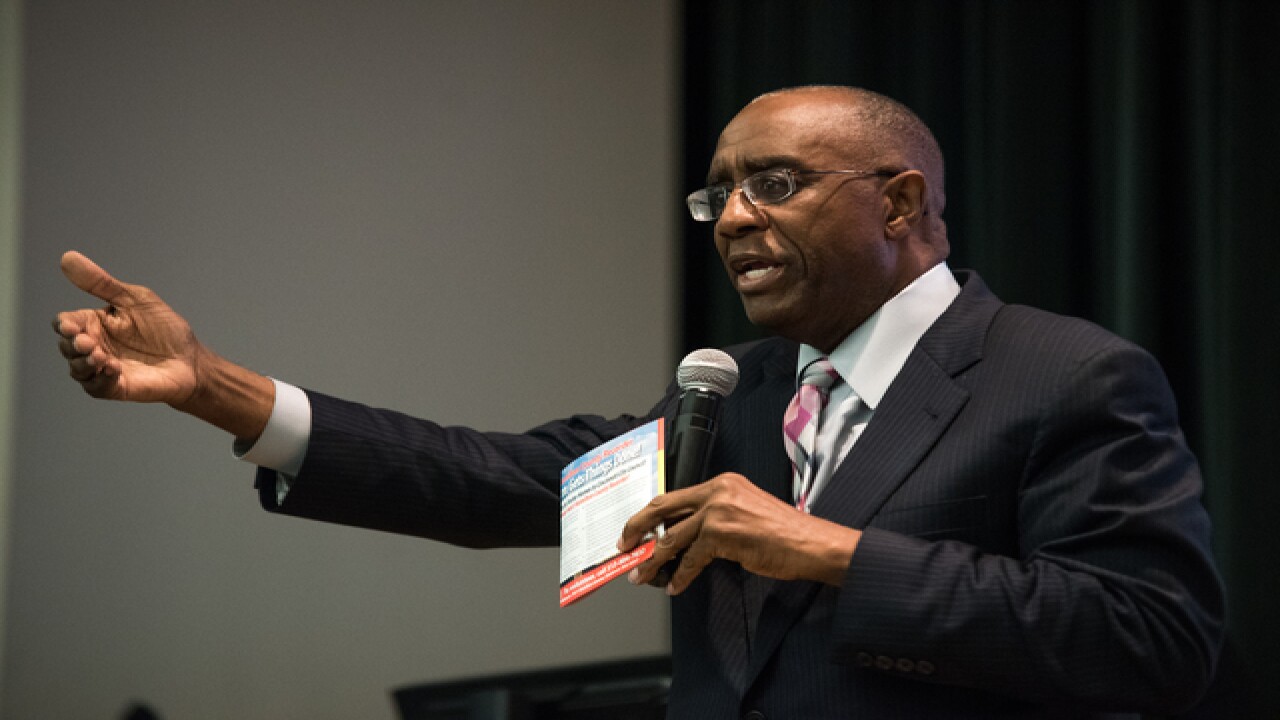 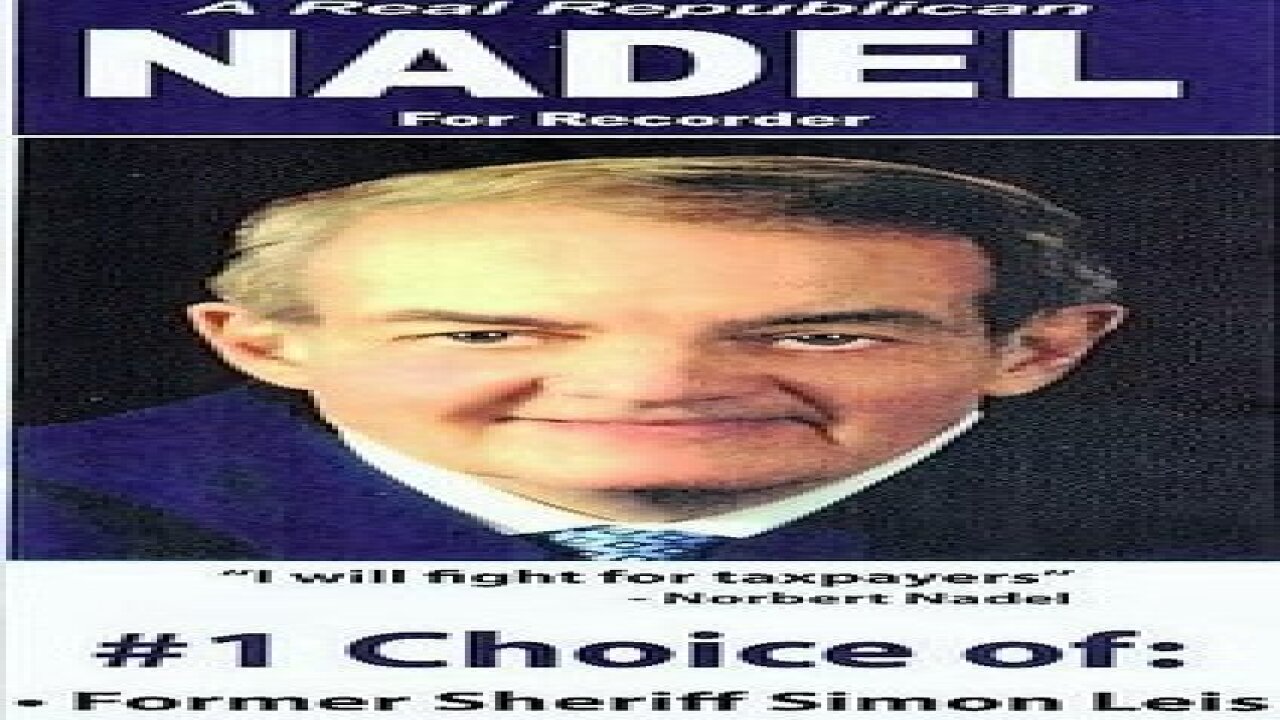 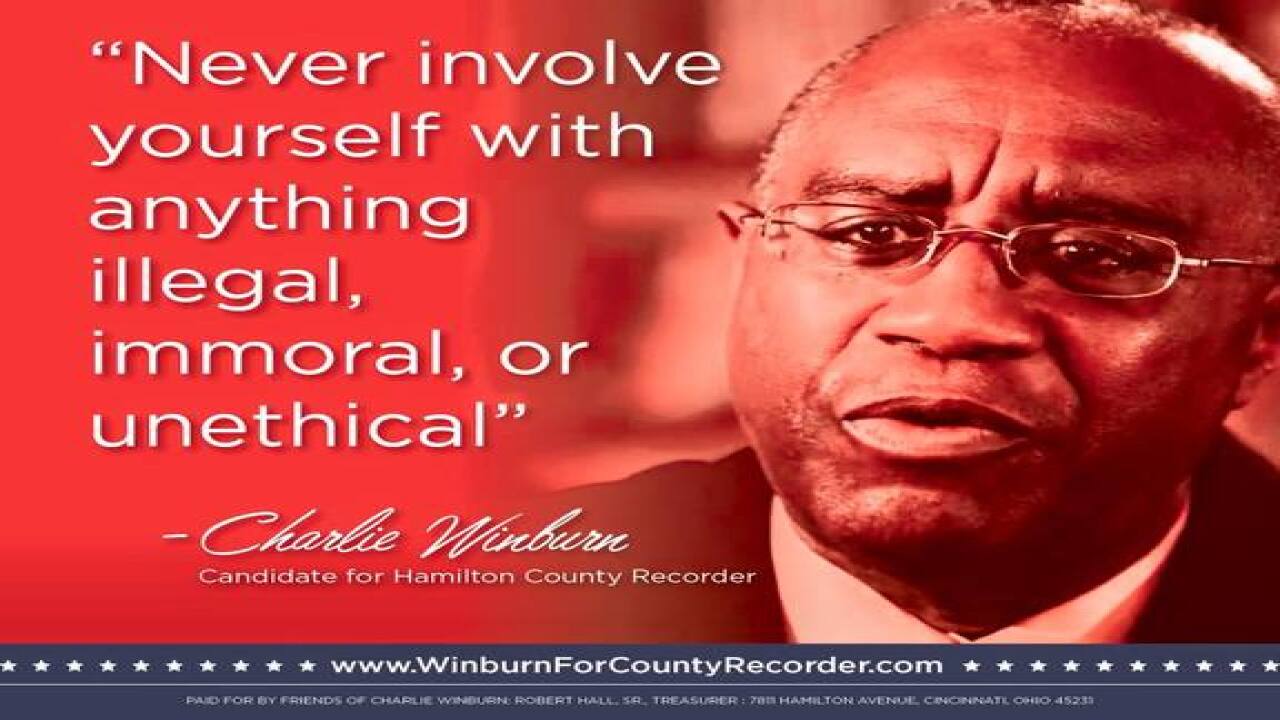 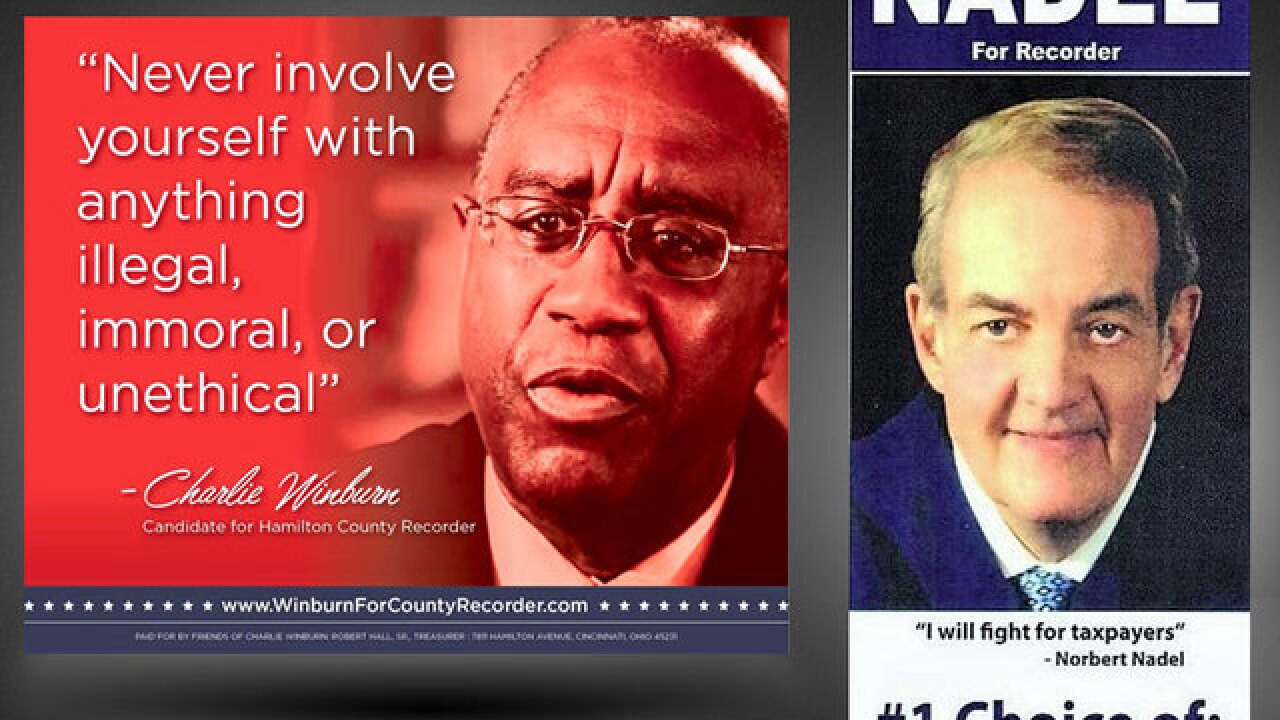 One candidate is too old, lacks good judgment and made bad decisions while serving as judge involving child predators and violent criminals, according to his opponent.

The other candidate has ties to a city scandal, wastes taxpayer money and is only running for office because he needs a job, his opponent claims.

These accusations may sound like the latest barbs between Donald Trump and other Republican presidential hopefuls.

But this political bickering is for an office so small that most people have never heard of it.

Welcome to the Republican primary race for Hamilton County recorder.

Whoever wins the March 15 Republican primary will face two-term Democrat recorder Wayne Coates in the fall.

It is unusual enough to have a primary race for such an unknown political office, much less one that is so nasty.

“I can’t wait for it to be over,” he said. He’s had conversations with both camps about toning down the bad rhetoric, to no avail.

“Both sides think that talking about the shortcomings of their opponent is right way to win the race,” he said. “It seems to be the trend nationally … but I don’t like it from either camp. It's an unfortunate part of our business.”

Nadel served on the Hamilton County bench for 40 years, before retiring Jan. 1, 2015. He presided over some of the region’s most memorable cases including the showdown between former Cincinnati Reds player and manager Pete Rose and Major League Baseball over gambling, and the trial of former judge Tracie Hunter.

As a judge, Nadel made some unpopular rulings that drew criticism from people who didn’t like them. But that was tame compared to the personal attacks he says he’s endured from Winburn over the past few months.

“People had opinions but they were nice,” he said. “It wasn’t malicious. It wasn’t false. It wasn’t defamatory. I’ve never seen anything else like this.”

Yet Nadel isn’t shy about criticizing his opponent either.

Here's what I think of the false attack ads against me. They're a JACK. #vote4nadel #Nadel4Recorder pic.twitter.com/fqMbEo0AXn

“He doesn’t even know where the recorder's office is. He wouldn’t know a legal document if it hit him in the face. He just wants a job,” Nadel said of Winburn.

Nadel also implies in interviews and on his campaign Facebook page that Winburn is part of ongoing investigations of spending practices at the Metropolitan Sewer District.

“Anybody who wants to listen: This is what I’m talking about,” Nadel said. “They say the more they dig into this thing, Charlie Winburn’s name keeps coming up. Where there’s smoke there’s fire.”

This is something that Winburn vehemently denies.

For his part, Winburn has criticized Nadel in radio and television ads or poor decisions on the bench. He accused Nadel of expunging the record of a child pedophile, letting a drug dealer off and refusing to hear a domestic violence case left a woman nearly beaten to death.

During a recent television debate, Winburn suggested that Nadel, who is 77, was too old for the recorder job. State age limits forced Nadel to leave the bench, which do not allow anyone to run if they are older than 70.

“Voters in 2012 voted to make sure these judges would not stay in office because after a certain time they lack sound judgment, they lack fitness,” Winburn said during a Feb. 28 debate

What Does a Recorder Do?

At times the personal attacks seem to overshadow exactly what each candidate would do if elected recorder, a job which pays $74,851 per year.

Both sides say there are budget challenges in the office, which stores real estate documents that are crucial to lawyers, historians and land title examiners. The office also houses liens, living wills and power of attorney documents and military discharge papers.

Winburn says he would develop a mission statement, improve customer service, develop a seven-year business plan, and expand office hours. He would perform a climate study and audit the entire department.

Nadel says he would make the office more efficient by working within its current budget and studying operations himself, instead of paying an outside consultant.

“We will operate efficiently with the money we have … even if I have to kick in with part of my salary,” Nadel said.

Nadel is funding his campaign with $20,000 of his own money. Campaign finance reports show that he has spent $17,102 on advertising and printing.

With retired Hamilton County Sheriff Simon Leis Jr. as campaign manager and a small group of volunteers, Nadel is promoting a slogan that he is the “Real Republican” with large signs around the county.

This slogan is something that Winburn takes offense to.

“'Real Republican' is a code word for lack of inclusion,” Winburn said in a recent debate. “I’m not welcome by him in the party. We have people in the party like him who don’t welcome Hispanics and African Americans.”

But Nadel said that Winburn was a Democrat years ago and switched parties.

Winburn’s slogan? That he is the “Conservative Republican.”  His campaign signs are just as large as Nadel’s and they line roadways and yards countywide. But Winburn has the added weight of many more television and radio ads.

His newest finance report shows that his campaign has spent $84,892, much of it on advertising and media.

“Because we have a primary, it’s going to cost me quite a bit of money because I’m kind of like the underdog,” Winburn said. “Mr. Nadel has been around for 46 years. His name has been on the county ballot year after year after year. So … I have to raise a lot of money to get the word out.”