The Broo View: The No. 4 Cincinnati Bearcats are very good, but their competition has been very bad 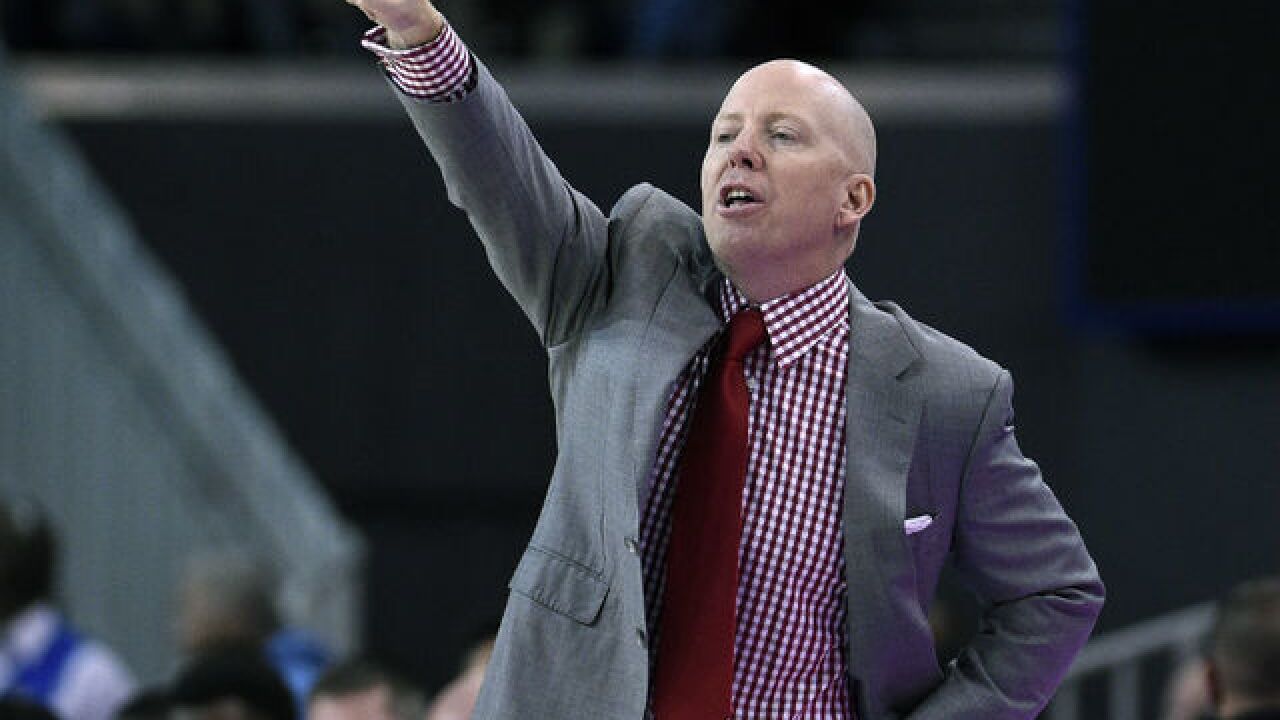 Image copyright 2017 Getty Images. All rights reserved. This material may not be published, broadcast, rewritten, or redistributed.
Kevork Djansezian | Getty Images
<p>Head coach Mick Cronin yells instruction from the bench during the first half against UCLA at Pauley Pavilion on Dec. 16, 2017 in Los Angeles. UCLA lost, 77-63. (Kevork Djansezian/Getty Images)</p>

It's the 900-pound elephant in the room: Is UC really this good, or is the conference the Bearcats play in really that bad?

You'll get a lot of debate on that one. UC will make the NCAA Tournament. The only drama is at what seed. Some say a three, others dream of a two. But is UC's success this season a product of their talent and play? Or is it because the American Athletic Conference has a lot of dog teams?

Can you choose both?

The omnipresent Mo Egger, of 700 WLW and other media platforms, was my guest this past Sunday night. He came up with the "both" answer. I think he's right.

The 1998 Yankees are another example. And we all know about the 1975 Reds. Both were great teams in divisions that weren't. The '75 Reds finished 20 games ahead of the second-place Dodgers. The '98 Yankees left the Red Sox in their dust, finishing 22 games ahead of Boston.

This season, the Bearcats have lost just twice. Their critics will say that UC's two losses were to the only ranked teams they've played this season -- Xavier and Florida.

They get another shot at a Top 25 team this Sunday, when Wichita State comes to town. Along the way, they've played and beaten everyone else. But everyone else in their conference includes seven teams at .500 or below in AAC games. Memphis and Connecticut are bad. Tulane and East Carolina are worse. South Florida is horrid.

Basketball stats guru Ken Pomeroy has UC, Wichita State and Houston in his top 50 ranked teams. He has five AAC teams at 100 or lower, including South Florida at 321 (out of 351 Division I teams).

But then there is this: On that same Ken Pomeroy website, kenpom.com, UC has the second best defense in the country. Only Virginia is better defending the ball. But of every one of Pomeroy's top 50 teams, only Loyola-Chicago has a weaker strength of schedule. Loyola is kenpom.com's 50th ranked team.

In the "who have they played" argument, UC has come up short.

But then, there's the eyeball test. The Bearcats don't fail that.

Gary Clark is the best player in the AAC. End of story. It hasn't been put to a vote yet, but I'd be shocked if Clark isn't player of the year. His numbers are outstanding. Get beyond the 13 points per game. Clark doesn't turn the ball over (his assist to turnover ratio is greater than 2/1....for a big man) and his nearly nine rebounds a game is by far the best on the team.

Kyle Washington has combined with Clark to give the Bearcats the best one-two inside punch in the conference. Both are making better than 50 percent of their field goals. And Clark, along with Jacob Evans, Cane Broome and Jarron Cumberland all have 25 or more steals this season. It's a major reason why opponents are shooting just 36 percent against the Bearcats and averaging less than 56 points a game.

The fear, of course, is that all of this is coming against inferior talent. When the 'Cats get to the NCAA Tournament next month, the fodder that is the lower half of the AAC disappears. Matchups become everything. And top teams from lower-tier conferences can play havoc with teams that haven't been tested during their regular seasons. The question becomes does UC's depth and talent carry it past that fear? There's no one who knows the answer to that now. But I'll take the talent end of the equation.

By the way, this is what SI.com had to say about both the Bearcats and the Xavier Musketeers in their weekly power rankings report this week:

The Musketeers keep winning, but their last three games now include two overtime wins and a one-point victory that came on two free throws with less than a second remaining. The wins are what count, but they’re going to need to be on their A game when they host Villanova this weekend in a rematch that may very well determine the Big East crown. Xavier’s defense is going to be once again put to the test by the uber-efficient Wildcats, who hung 89 points (1.25 per possession) on it in Philadelphia. That game was one of Phil Booth’s best of the season, but ‘Nova is now without the junior guard. Offensively, the Musketeers will need better games from Trevon Bluiett, J.P. Macura and Quentin Goodin this time around after the trio combined for just 16 points in that Jan. 10 matchup.

The Bearcats and their defense just keep humming, but let’s talk about their offense this time. The first time Cincinnati faced UCF (which has a top-10 defense) this season it scored just 0.86 PPP in a 49–38 win. This time around, playing at BB&T Arena in Kentucky, it posted 1.15 PPP in a 77–40 win (albeit without 7’6” Tacko Fall playing for the Knights). That’s significant because like Virginia, Cincy is a team with an elite defense that could potentially be held back by its offense (in this case, the Bearcats rank 51st on kenpom.com in adjusted offensive efficiency). They need consistency from guys like Gary Clark, Kyle Washington and Jacob Evans, and they notably don’t have a “go-to” player on offense. We’ll see if they carry this momentum into the long awaited first Cincinnati-Wichita State showdown is this weekend.

Xavier played well Wednesday night, then seemed to lose interest late in its win over Seton Hall and now has set itself up for what could be a slam dunk against Villanova. That's who the Musketeers get next, their arch nemesis, 'Nova.

Villanova owns the Musketeers. In fact, Xavier has beaten the Wildcats exactly once in the 10 times the two teams have met since Xavier joined the Big East Conference. But 'Nova lost Wednesday night at Providence and the Wildcats now are a game and a half behind the Musketeers in the fight for first place in the conference. If Xavier can figure out a way to beat 'Nova -- and that's a big if -- Xavier would have a two and a half game lead with three games to go. While two of those three games are on the road, a win Saturday would position Xavier for the top seed in the Big East Conference Tournament.

Friday night also appears to be rather large for the NKU Norse as well. The Norse will be in Dayton to take on Wright State, a team that's already beaten NKU. But a win Friday night would put the Norse up two games with three games to play before the Horizon League Tournament. Top seeds in conference tournaments usually don't guarantee much. The Horizon League will only send one team to the NCAA Tournament.

It's a rather big week of college basketball we're in the middle of, isn't it?

Now, some random thoughts on this random Thursday...

All Major League Baseball teams are in camp, including your Cincinnati Reds. So the predictions are trickling out for 2018. You might be surprised who is at the top of this list...

Pretty cool story here on how the Cleveland Cavaliers traded a third of their roster at the NBA deadline. So far, so good. But I'm not convinced the Cavs are going to win the East...

Interesting take on which teams should be the most active in NFL Free Agency next month. You'll notice one team that's not listed...

Ever wonder what Bill Belichick looks like on vacation? Me neither. But in case it comes up in a conversation...

"Forty-nine years ago today, this was the No. 1 song in the USA:

It was the first hit from Sly and the Family Stone to hit No. 1.

It was written by Sly and appeared on his album, "Stand." Some pretty good bass guitar work on this song by a guy who became a legend, Larry Graham. Sly played keyboard on the groups tours and television appearances. But in the studio, when this song was recorded, it was Billy Preston on keyboard.

For many, many years, Sly Stone was a recluse. But in the late 2000s he began appearing more in public. He sued his manager a few years back, saying he was cheated out of earnings. Stone won a $5 million settlement, but it was later overturned. Wish he would tour again. From what I remembered from his shows in the '60s, Sly Stone and the Family were non-stop.