Check out these 9 Cincinnati-born apps 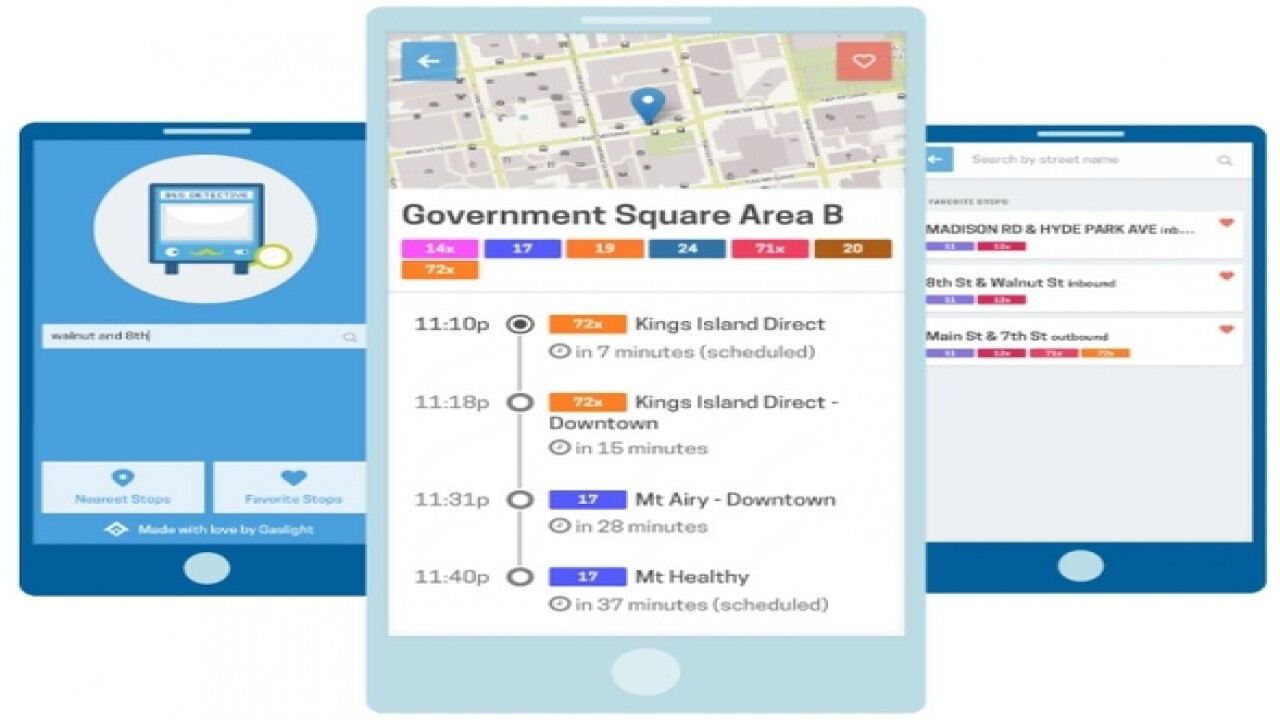 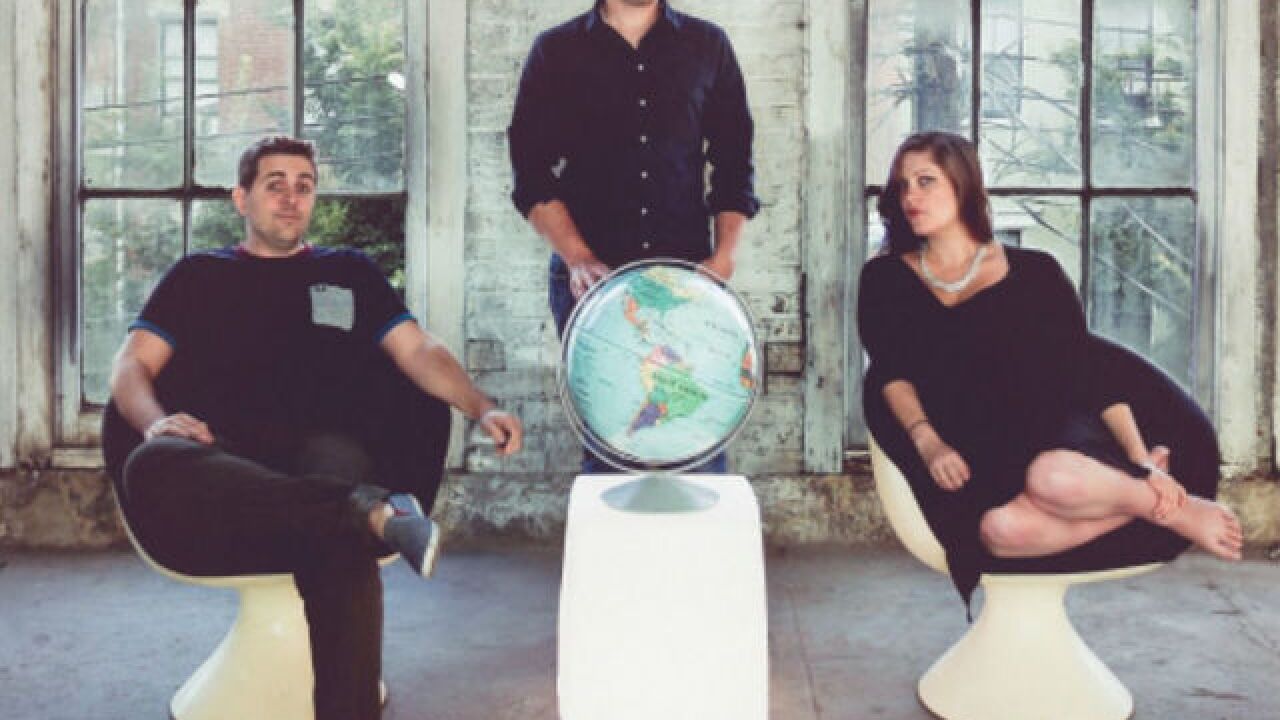 CINCINNATI -- What are your favorite made-in-Cincinnati apps?

Here are a few suggestions, culled from lists provided by my contacts in the local tech/startup world and from my own research. One caveat – these are apps conceived of in Cincinnati – the actual development might have been contracted to a company in another state. So they might not be entirely “made in Cincinnati.”

This app, and ChoreMonster (see below), got more mentions from my informal panel of experts than any other. It’s a trip planner for finding hotels and attractions along your route.

I know my wife is planning us a surprise weekend (I don’t know where), so for fun I used Roadtrippers to plan a trip to Cleveland for that weekend (which I hope is not where we are going). I checked the options to show me attractions, natural wonders and “weird stuff” along the way.

So who knew there were so many interesting things between here and Cleveland? Well, not really, but there are a few, like the Ohio Caverns in West Liberty, which appears to have lots of neat stalactites and stalagmites. Roadtrippers showed me these attractions on a map.

“Nobody has more points of interest for the driving experience than Roadtrippers,” said Mike Venerable, managing director of CincyTech, which is an investor in Roadtrippers. For more information, see the article here.

My kids are all out of the house now, so I missed out on using ChoreMonster, which solves a major problem for parents – how to get kids to do chores without threatening bodily harm (or loss of TV privileges). ChoreMonster’s solution is an app that allows parents to schedule chores and kids to earn rewards by doing the chores.

I’m a little conflicted by this one. On the one hand, it would be great not to continually have to nag the kids to clean their rooms. On the other hand, doesn’t this condition them to feel they deserve a reward every time they do something that needs to be done? Will they grow up expecting payment for taking out the household trash? We’ll see.

Cladwell is an app aimed at helping men dress well within their budgets. If you are fashion-challenged like me and don’t have a special someone to pick out clothes for you, this might be the solution.

The process begins with a survey of your wearing habits, clothing budget, your thoughts about clothes and your physical characteristics – color of hair, color of eyes and body type, from “triangle” to “inverted triangle.” The survey is free, but if you want Cladwell to create a wardrobe based on the survey, you have to pay $21.

“Cladwell helps people adopt a minimal wardrobe for each season, rather than stuff their closet with too many clothes,” said Ry Walker, one of the creators of Astronomer, a startup that collects and processes data from mobile phones and other devices.

As I previously reported, the app enables restaurateurs to post special offers in real time, for a limited number of customers, giving app users looking for food a reason to eat there. The only drawback is that it’s limited to restaurants that have signed up for the service – but I imagine most will, in time.

“It knows my preferences and guides deals my way that fit the opportunity,” said Patrick Longo, director of the Hamilton County Development Center.

Not really an app per se, but it started out as one. LISNR uses sounds inaudible to our ears to broadcast information to people’s smart phones and tablets. It has lots of applications, one of which I found out about just yesterday – using smartphones to give museum-goers information about things they are seeing. Really cool website, too.

Finds your dream home based on your preferred commuting distance, restaurant preferences, home price, home style and other variables.

Another app that solves a real-world problem – finding a buddy to play sports or work out with. Once again, the only drawback is that it’s limited to people who have the app. For more, see the article here.

This one might actually save lives. It’s designed to help you keep track of medications you’re taking and remember to take them – the right dose every time.

This one’s a must have for anyone who rides buses locally. It finds the closest Metro or TANK stop to your location, but more importantly, it tells you where the next bus actually is and how many minutes it is from your stop.

Like a lot of great apps, this one was conceived out of need. Kevin Rockwood, a web developer with Gaslight, started taking the bus when the company moved from Blue Ash to Downtown about two years ago. That meant that he found himself shivering in the cold during February 2015, when snow and ice delayed buses right and left.

“I was sitting outside in the cold and snow longer than I wanted to,” he said.

About the same time, Metro set up an open data feed of bus locations. When Rockwell heard about that, he and his colleagues created Bus Detective.

As a former TANK rider, I love that name. It conjures up images of me waiting at the Park-n-ride at the Kroger in Burlington, wondering, “Where the heck is my bus?” or something a little more profane.

The app, which is available for iPhones and Android phones, has about 1,000 active users. But Rockwood and the other inventors have no plans to commercialize it. “We’re not expecting to make money off it,” he said. “It’s sort of a conversation starter for potential clients.”

But they hope it will help encourage bus ridership, and that might be the best payoff of all.

Did I miss any cool apps? Let me know at kevineigelbach@gmail.com or on Twitter at @KevinEigelbach.