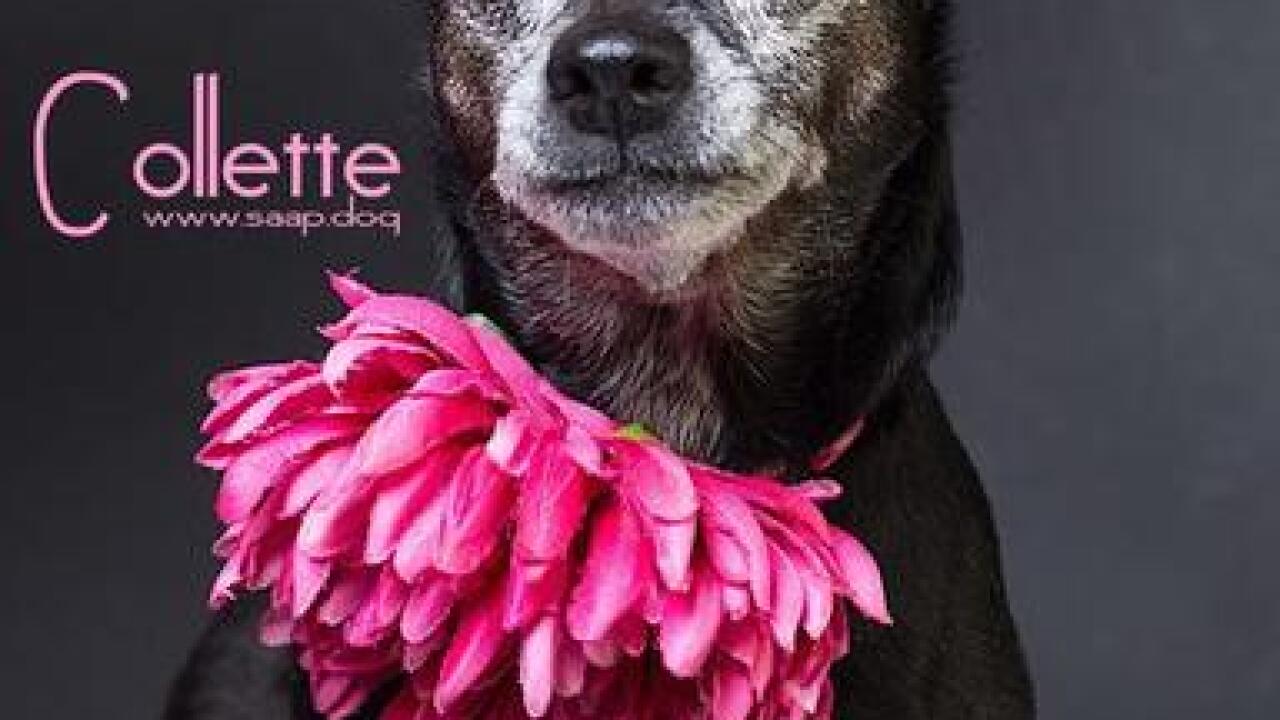 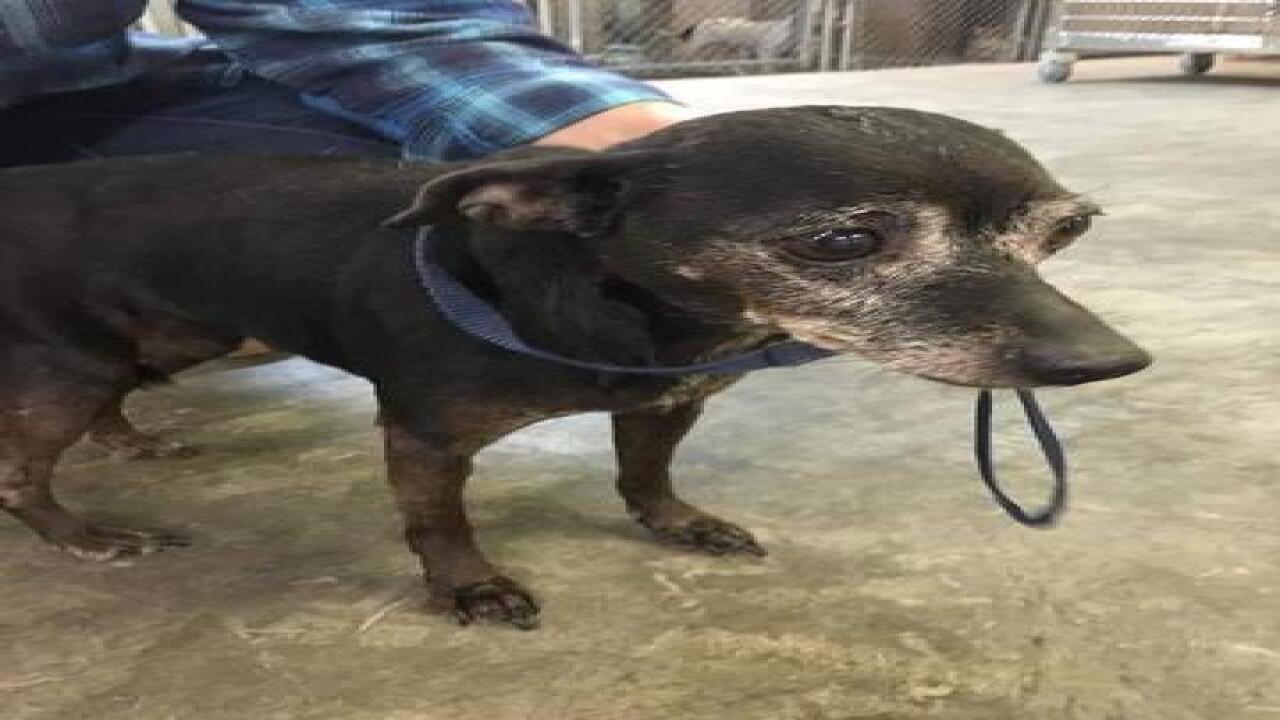 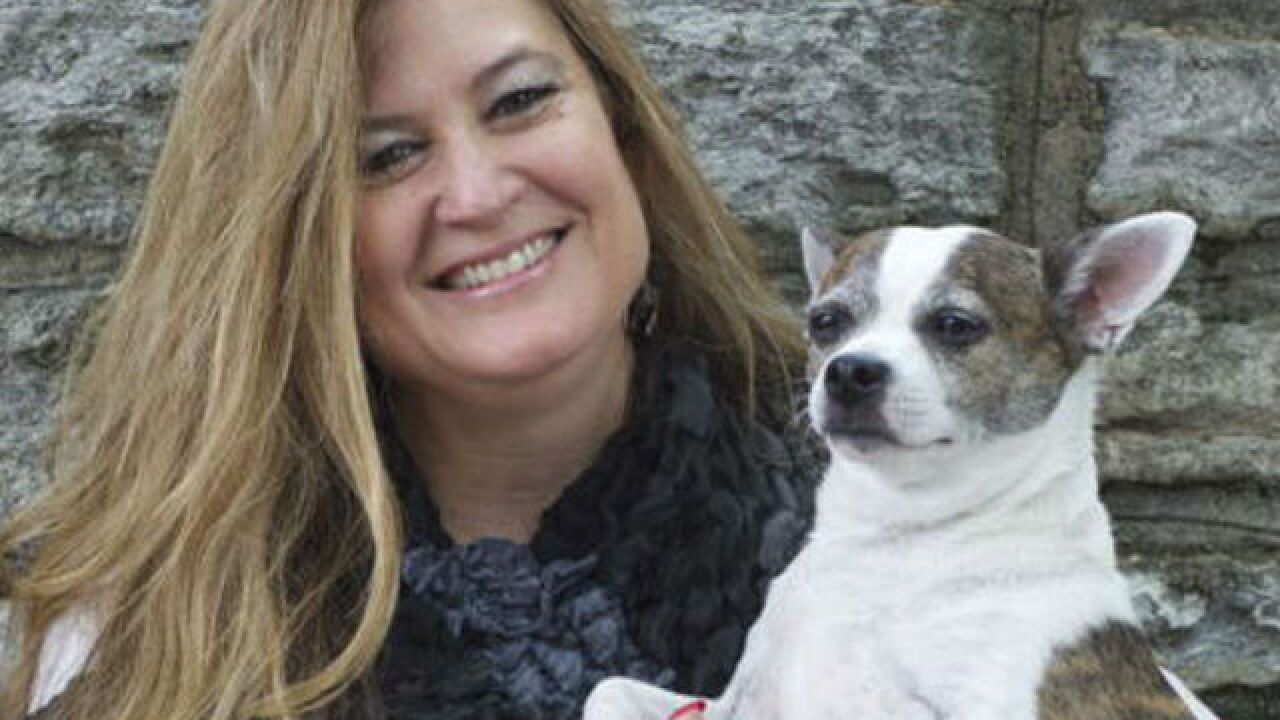 FORT MITCHELL, Ky. -- When photographer Lisa Binns volunteered at the Kenton County Animal Shelter earlier this month, she was met with resistance.

It’s an occupational hazard for a professional photographer who focuses her philanthropic work on dogs that have been abandoned and abused. Like most of her subjects, Ace, the 2-year-old Australian shepherd she was photographing at the shelter, was fearful. He didn’t trust Binns, he didn’t trust the animal control officer who was observing – and he definitely didn’t trust the audible click of her camera.

So she stepped back. The officer sat down. And they waited.

Their patience was rewarded when Ace slowly made his way over to the officer. Curiosity, and perhaps an innate desire for affection, got the better of him. He nervously offered his paw. It was accepted with a gentleness that helped bring the timid dog out of his shell a bit.

Binns captured the moment with her camera.

“This is why I love this,” she wrote later that day in a Facebook post that included her favorite photos of the budding friendship. “Ace just needs a bit of patience … but what dog isn't worth that?”

The misunderstood canine captured her heart that day, but it was Binns’ photos of the shelter dog that captured the attention of a local family. Ace, who had a rough start in life, was adopted just a couple of days later.

That kind of happy ending is what drives the Northern Kentucky native’s volunteer work. Binns creates eye-catching, personal portraits of local rescue dogs, like Ace, that are available for adoption. If you live in Greater Cincinnati and spend time on Facebook, you’ve likely seen some of her work. The professionally shot and edited photographs she makes available for free through her nonprofit business, Shelter Dog Photography, are “liked” and shared by thousands on various social media and animal rescue websites.

She considers the work a marriage between her two favorite things in life: photography and animal rescue.

“I’m passionate about both,” said Binns, who also runs her own consulting firm. “My dream is to photograph rescue animals full time, because I know my images help save lives. This is where my heart is.”

In a tech-savvy society, where nearly everyone turns to the Internet to find just about everything, including a new family pet, Binns’ portraits are often a literal lifesaver for animals in dire need of loving homes, said longtime animal foster Debbie Howard.

Given their timid nature, and sometimes fearful aggression, rescue dogs aren’t the easiest clients to photograph. The secret is looking past the surface, however. There is good in all of them, Binns said. And that’s what makes them extraordinary.

“Every dog is perfect,” she said. “And there is a perfect family for every dog.”

Since connecting the two is her mission, Binns volunteers her services to as many rescue groups as she can and even helps the Kenton County Animal Shelter with special cases. Most of her time is spent volunteering for SAAP. In the three years she has been with the all-volunteer group, the growing network has gone from saving about 1,000 animals per year to nearly 4,000 last year.

Rescue groups get animals out of shelters, where euthanasia is a very real threat. Because of the sheer number of them, it takes an army of volunteers to get abused and neglected animals from their often-heartbreaking “before” to a successful and happy “after,” Binns said.

She sees herself as a piece in a big puzzle.

The rescue animals are placed in foster homes, where their physical needs are met first; behavior is addressed once they’re healthy.

The animals Binns photographs are usually healthy but still learning what it’s like to be part of a family. Many come from abusive backgrounds, she said. Some are strays that were found on the street, and others are senior dogs that were left to die in local shelters because they required extra care. As a result, they all need a lot of patience and kindness.

Lucky for them, Binns possesses both qualities in spades. Just ask the foster families who bring their dogs to her small studio space at Allie's Walkabout in Erlanger. During sessions on a recent, run-of-the-mill Thursday afternoon, she was nipped on the hand by one tiny dog and treated to a potty-training accident from another. She didn’t bat an eye. Her calm, caring demeanor never wavers, said SAAP foster Melanie Welch.

“It’s wonderful to watch her work,” she said. “I don’t know how she does it.”

Welch and her family opened their Independence home to a rescue dog named Collette in January. The small, senior dog was one of 178 animals seized in a single animal hoarding case in Laurel County, Kentucky. She was abused, starving and had a painful skin condition.

Now that the family has nursed her back to health, Collette is ready for her forever home. Her adoption will allow them to open their home to another animal in need.

Binns is doing her best to help. She photographed the small dog and has been circulating her new photos online. To highlight Collette’s big, soulful eyes, Binns used a dramatic, dark background. She showcased her spunky personality with a frilly, oversized pink flower on her collar.

Welch was thrilled with the result.

“She has come a long way. She’s a fighter, but she’s a sweet girl,” she said of her foster dog. “Every rescue dog has a story. They don’t have a voice to tell it on their own, but Lisa tells it through her photos.”

Have room in your heart?