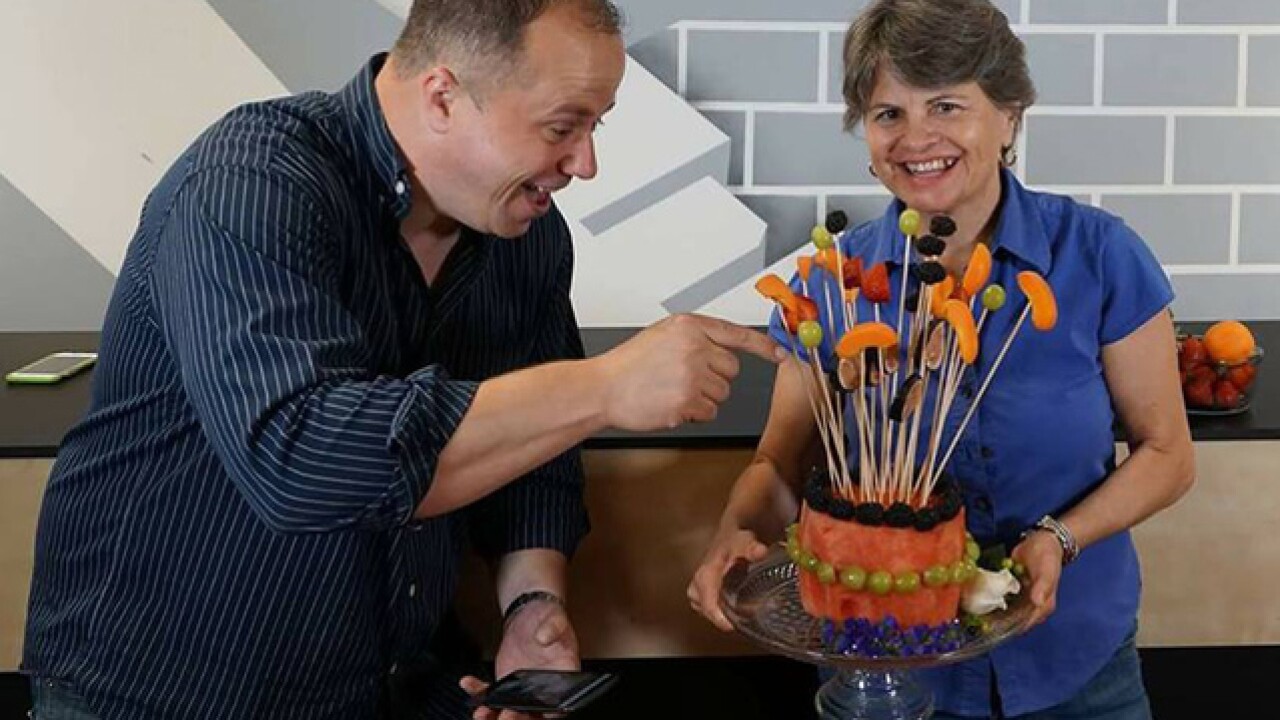 Copyright 2017 Scripps Media, Inc. All rights reserved. This material may not be published, broadcast, rewritten, or redistributed.
Provided
<p>Leslie Fultz (left) is on set with Beth Robeson of Simple Healthy Treats during the production of an episode of "More with Les" on June 22, 2017. (Photo provided by More with Les)</p><p> </p>

CINCINNATI -- One local man who is passionate about digital marketing has made it his business goal and mission to help small businesses here in the Tri-State gain exposure through Facebook.

Les Fultz has been running "More with Les" for only three weeks now, but already he has seen an impact with his digital marketing efforts. And the already impressive reach on his Facebook videos spotlighting local businesses back it up.

Though he's successfully taking on this new full-time role as a digital marketer, Les has no background in the field. In fact, Fultz owned a cleaning company he founded in 2010.

But as Fultz continued to experiment with short Facebook videos showing potential clients new cleaning products and techniques in an effort to attract new customers to his business, he knew he was onto something big.

As more new clients came flocking to his business after seeing the short editorial-style videos posted on Facebook, Fultz realized how powerful this marketing tactic could be. It was then that he set his sights on the idea of helping other small local businesses achieve the same success.

The Westwood native titled his new editorial-style show "More with Les," which highlights small businesses around the Tri-State. Fultz plans to spotlight everything from locally owned retail shops and restaurants to business news and entertainment.

"I hope to show companies that there is a lot of business potential behind producing video content through this platform (Facebook), while also giving small businesses a taste of just how powerful publishing an impactful episodical-style video can be."

So far, Fultz has published four pilot shows to Facebook. Although he has fewer than 100 followers on the business page, the videos have reached more than 27,000 people, he said.

"I've been working really hard to get this going, and really the last three to four weeks have been out of control," Fultz said

As the "More with Les" pilot series prove his business model is a success, Fultz eventually plans to offer clients an "all-encompassing exposure package," which will include photos of the business as a well as a write-up that will be published on his website.

"I've already recruited a copywriter for the writing aspect and a photojournalist," he said.

While Fultz has been offering his services for free as the pilot series is being completed, he eventually plans to start charging local businesses.

The price of the services will start at $495 and will include an "all-encompassing" package.

"This is a viable option for the little guys," Fultz said. "While larger companies don't think twice before spending $10K on a video that sits on their website, it's oftentimes out of the marketing budget for smaller companies. But it's just as important for them. They need video, too."

Fultz plans to have most of the videos for "More with Les" produced in his West Side studio, Valere Studios. The space was built late last year and is fully equipped with state-of-the-art equipment, along with everything else necessary to his fun and timely episodical videos.

The name of the studio was derived from the Latin word for value and was designed and built by Fultz with the help of the building's landlord.

In addition to "More with Les," Fultz also uses the studio to showcase local artists and musicians and will even use the space as a live broadcast studio.

Fultz hopes he can continue to attract clients that are looking for more brand exposure or businesses that have a story to share as his just-launched business takes off.

When asked if he had a background in video production, Fultz said that only two years ago, he had no idea how to operate a camera.

It was an entrepreneurial drive and determination to make a difference, mixed with a lot of long hours and hard work that brought him to where he is today.

Fultz also hopes that by sharing his story, he can inspire and motivate others to follow their passion in business and in life.