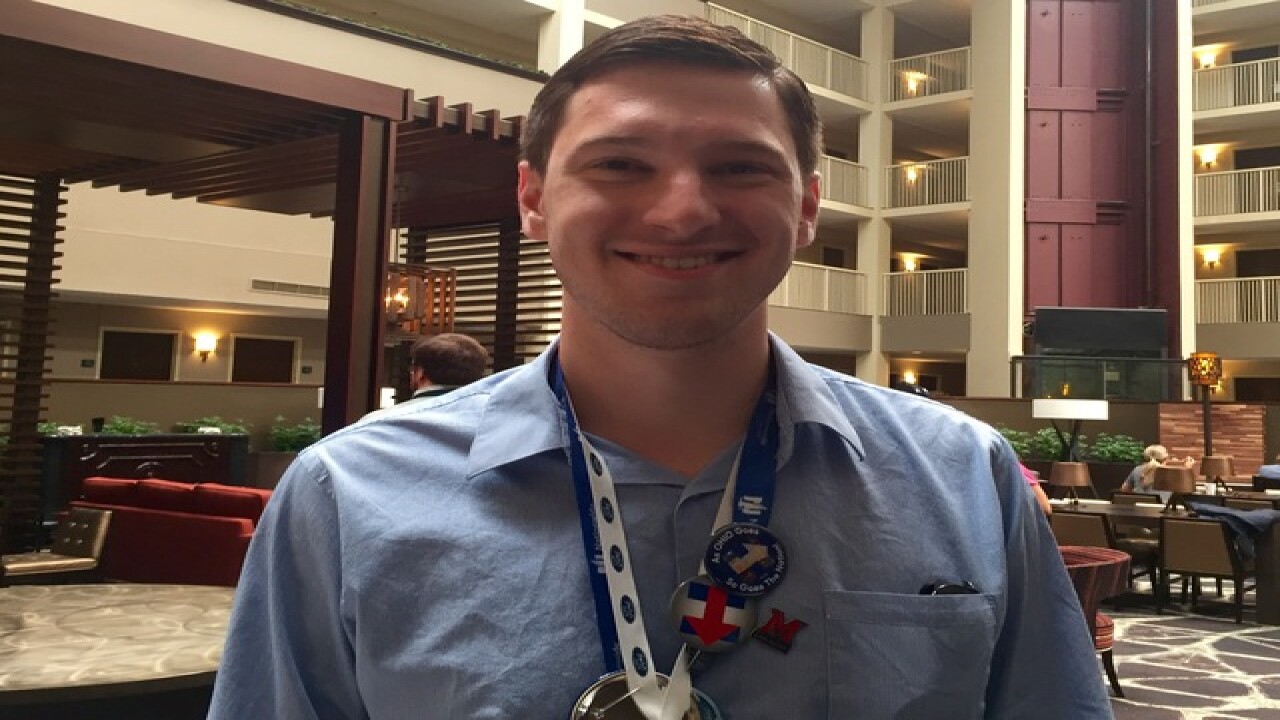 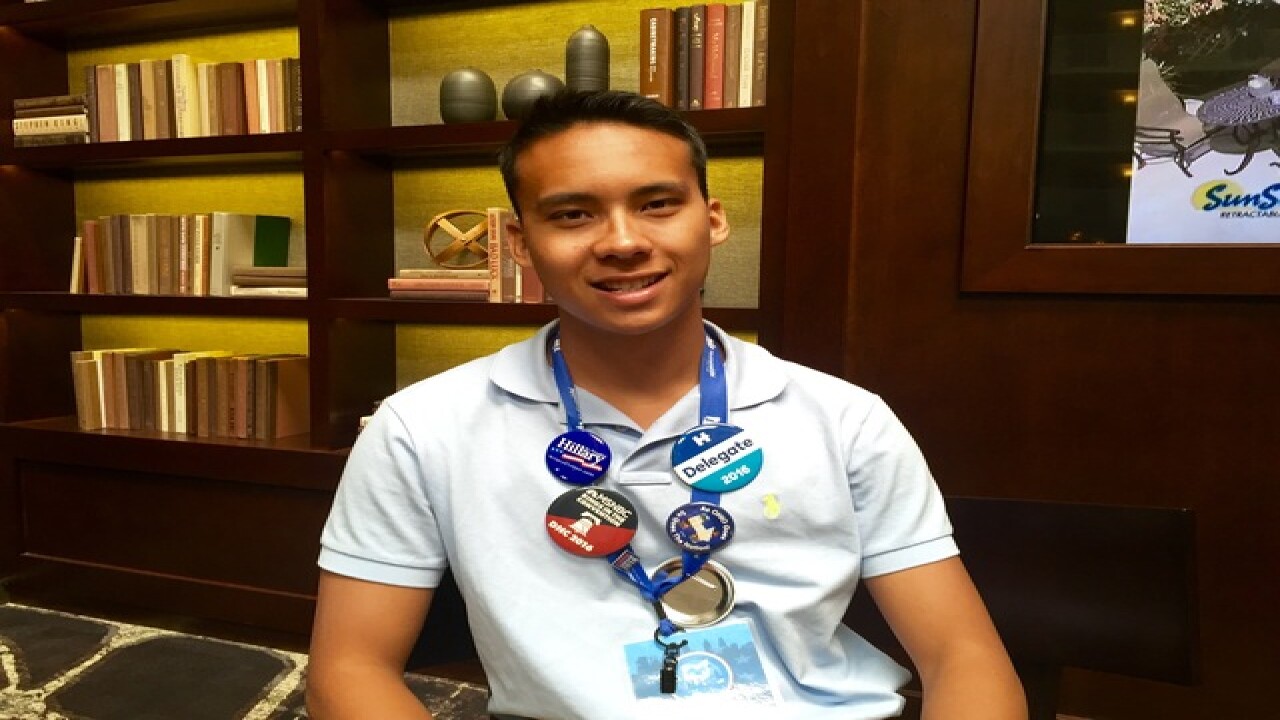 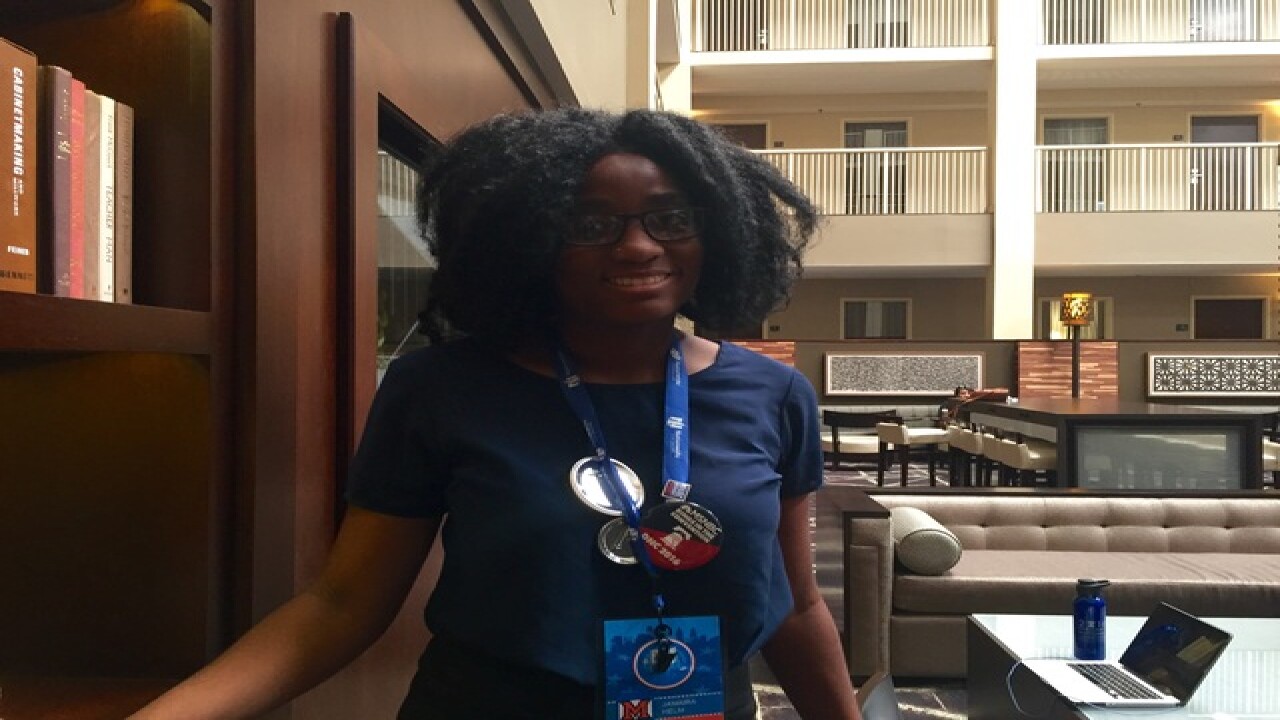 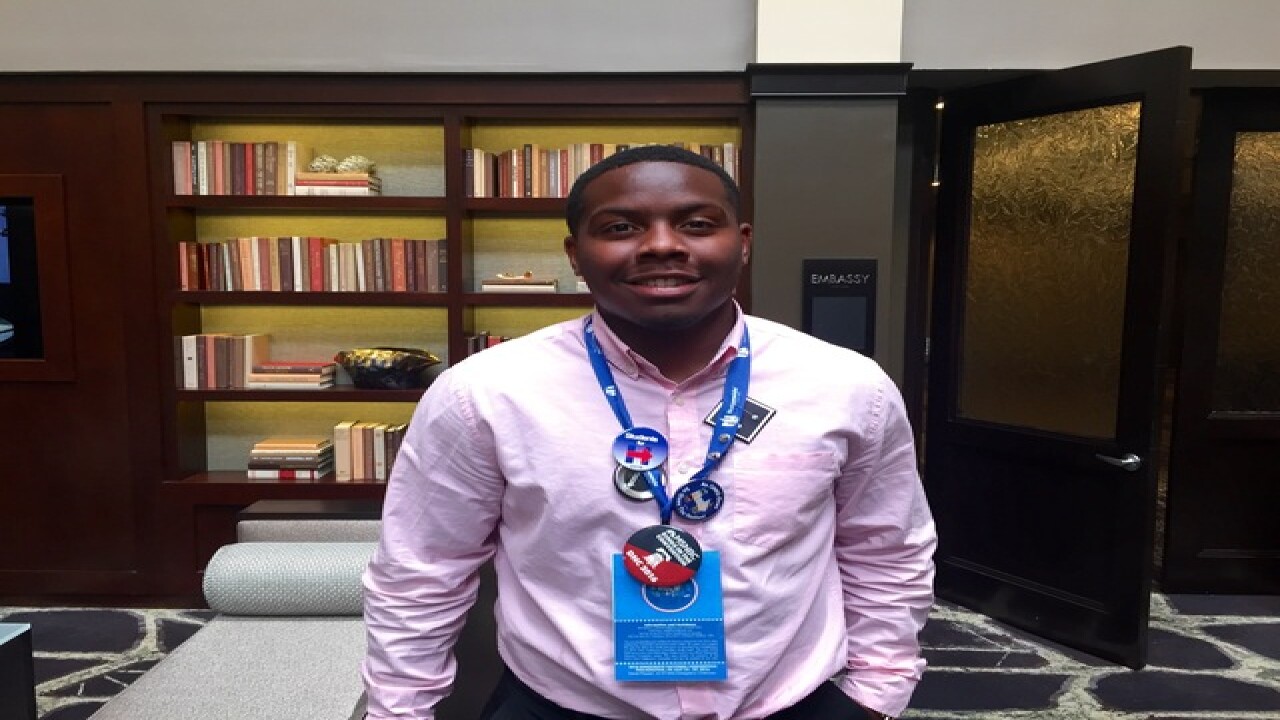 PHILADELPHIA – A group of Miami University students have spent the week shaking hands, taking selfies and talking with some of the Democratic Party’s biggest political stars.

The Democratic National Convention is the biggest political event they've attended in their young lives, and it's the first time any of them will be voting in a presidential race.

WCPO sat down Wednesday with these students and they told us all about the things they’re seeing at the first convention and what they think of the party’s nominee.

Want to know what a group of Miami University Republicans had to say at the RNC? Read here.

Let’s start with having you explain: why are you a Democrat?

Jamaira Helm, 19, a Miami University sophomore from Cincinnati
My entire family is Democrats. My mom has instilled in me the idea that you can’t be Republican; Republicans are selfish, they’re greedy. As I grew older, even though that was a bitter ideology, I realized it was kind of true. I would say I’m a Democrat because I think it would be wrong for me to not be a Democrat.

Matt Kline, 20, a Miami University junior from Orrville, Ohio
It’s funny you should ask that question because a lot of people think I’m a Republican, including my friends. My mother is a Republican. My dad is a Democrat. Some issues I’m very pro-Republican, some issues I’m very pro-Democrat. I’ve had this back-and-forth my whole life. The Republican Party is a great party as well. Unfortunately, catering to the base, the Tea Party – it’s something I can’t stand for. That’s one of the many reasons I’m a Democrat.

Jamaira, your first pick for the White House was Bernie Sanders. What’s it like being here now that Hillary Clinton has earned the nomination?

Helm
I’m still a Hillary supporter even though a lot of Bernie people are like, ‘No I can’t do this.’ Ninety percent of the time, I still agree with Hillary Clinton.

What would you say to some of those Bernie Sanders’ supporters who don’t want to vote for the party’s nominee?

Ryan Rugani, 21, a Miami University senior from Blue Ash, Ohio
Bernie supporters can get a lot done – make a huge contribution to the Democratic Party, to the social movement they really started – by just going out and voting. It doesn’t mean they need to fall in line and lock step with everything Hillary does.

Helm
I would tell them to really think about what they’re doing before they get on the (Jill) Stein bandwagon. (Stein is a Green Party candidate running for president.) I know you love her, I know she’s kind of similar to Bernie. But, I feel the threat of Donald Trump is really greater than anything right now.

So what kind of reaction do you get when you tell people you’re voting for Hillary Clinton?

Rugani
It depends who you’re talking to.

Kline
It really does.

Rugani
But people hear, for the most part, why we’re voting for Hillary.

Helm
I get a lot people say, ‘Why would you vote for her? She’s so corrupt. She’s so untrustworthy.' There are a lot of people who don’t trust her, especially among younger voters.

Speaking of Clinton, if you had 30 seconds with her, what would you say?

Christopher Mattress, 21, a Miami University senior from Cincinnati
Thank you for listening to our voices, voices of the people from the bottom; actually wanting to not just listen to us, but actually trying to help us and support us and back us up.

Kline
Keep fighting. Your opponents are throwing everything they have at you and you’re still standing.

When you hear the word "Republican" what comes to mind?

Ryan
A phrase – out of touch

Helm
People who stay in their head; they don’t think about other people that much.

Matt
It’s complicated. There’s a wide variety. On one side, I like to call them the Romney Republicans, or moderate Republicans, or – as the far-right calls them – RINOs (Republicans in Name Only). Then, on the other side you have conservatives, tea-party-grassroots activists. Each side has a really different agenda.

What do you think your party should do to attract young voters?

Rugani
A message we want to start sending out is why should you be for the Democratic candidates? Democrats need to say: This is what we stand for, this is what – when we get into the White House, when we go to congress – this is what you’re going to get.

Kline
One thing I do admire about Republicans: They have a really strong base to recruit young people, get them involved in their system and groom them for taking up the mantle. The Democrats, they’re not as strong in that area. There are a lot more young Democrats than there are Republicans. Democrats should take advantage of that.

What’s the most unexpected thing that’s happened so far at this convention?

Kline
For me, it was the Howard Dean scream.

Rugani
The passion. You can’t feel it on TV, unless you’re here.

Helm
I didn’t really expect to get to talk to representatives, senators and all these famous people – be able to shake their hand, have a conversation, take pictures. I didn’t expect that to happen.

This will be the first time any of you vote in a presidential election. What’s your impression of this unusual election year?

Rugani
People are angry. That’s the thing that most pops out of Bernie Sanders’ campaign. I’m not saying that in a bad way. People are irritated about their economic status, the standing of the country, they see riots in the streets over racial issues, which are completely justified, they see tensions in the Middle East. People want something – I don’t want to say different – but better.