In some Hamilton County precincts, no one showed up to vote in the May 2 election 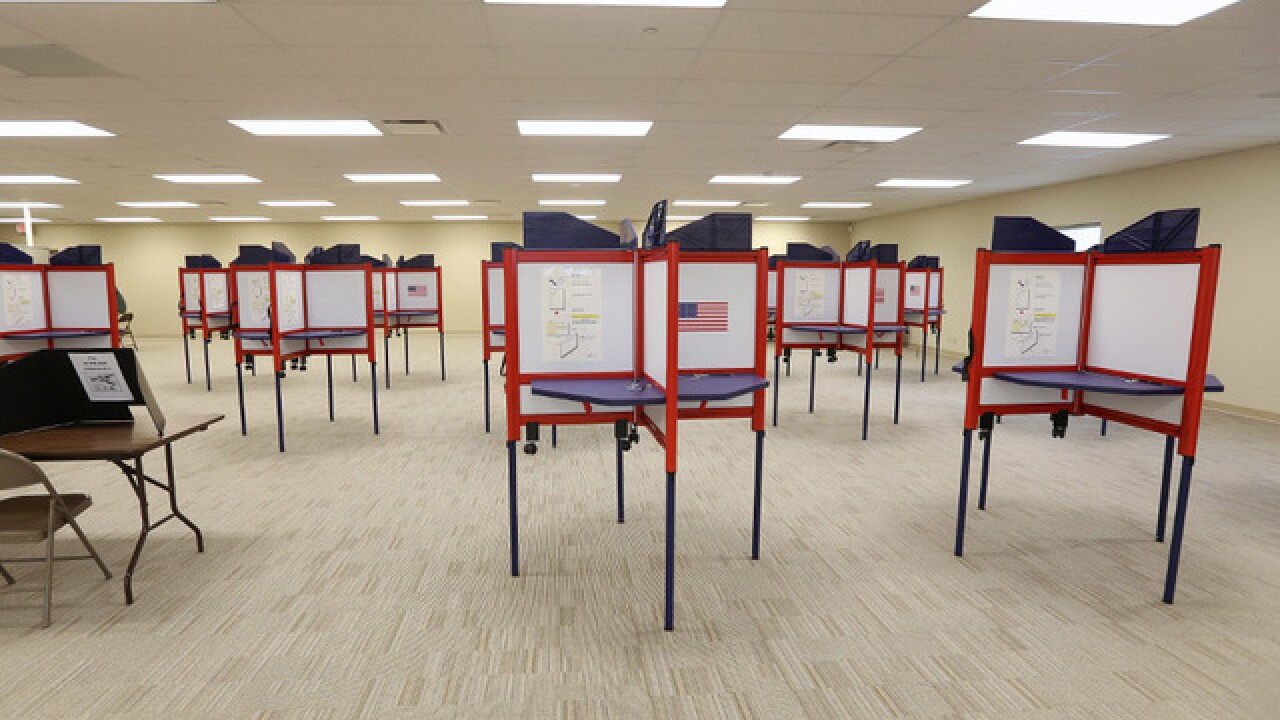 Copyright 2017 Scripps Media, Inc. All rights reserved. This material may not be published, broadcast, rewritten, or redistributed.
Emily Maxwell | WCPO
<p>Some Hamilton County precincts were pretty lonely in the May 2 election.</p>

CINCINNATI - No one turned out to vote in five Hamilton County precincts on May 2, which may seem surprising even for a May election, when a lower turnout is expected.

Those five precincts, however, have only 29 registered voters between them. Plus the only issues on those ballots were tax levies -- not usually the most exciting draw to get people out.

More interesting, though, according to the Hamilton County unofficial canvass of total voters, was that only three of 1,710 registered voters in Cincinnati Precinct 12-B voted in an election that included a mayoral primary.

"It happens," said Joe Mallory, elections administrator for the Hamilton County Board of Elections. And, he added, it wasn't "that unusual. A lot of people said they didn't even know an election was happening."

Take, for example, the five precincts with no voter turnout. Three of those precincts have a total of 24 registered voters for Milford. But then, most of Milford is located in Clermont County.

Julia Carney, deputy director for the Clermont County Board of Elections, said they had originally predicted a 25 percent turnout for the May 2 election. In the seven Milford precincts, the turnout ranged from close to 3 percent to 15 percent.

"We had precincts with more than 1,000 registered voters and only 50 turned out," Carney said. Clermont's countywide turnout was about 6 percent.

Hamilton County's turnout ranged from 1.7 percent to 27.13 percent, depending on the precinct.

Without the 24 voters from Hamilton County, Milford's fire and EMS levy for a 12.5-mill tax was renewed 432 to 38. It had expired in December.

There are only three registered voters in Precinct H in Columbia Township, where residents were voting on a 5.1-mill levy that replaced a 3.5-mill waste levy that is set to expire in 2017.

And there are only two registered voters in Precinct D for Colerain and the Northwest Local School District. Neither voted.

One of the lowest turnouts in Hamilton County was for the election of Norwood's 4th Ward council member. Joe Friedhof won with just 15 votes in three precincts out of 3,127 registered voters. In fairness, though, Friedhof was the only one on the ballot. How could he lose?

But what about that Cincinnati precinct where only three out of 1,710 registered voters showed up to vote in the mayoral primary?

It's the voting location for the University of Cincinnati, and, well, school let out at the end of April, Mallory said.

If it's like most colleges, the students likely headed out for the summer. And taking a break was more important than hanging around to vote.