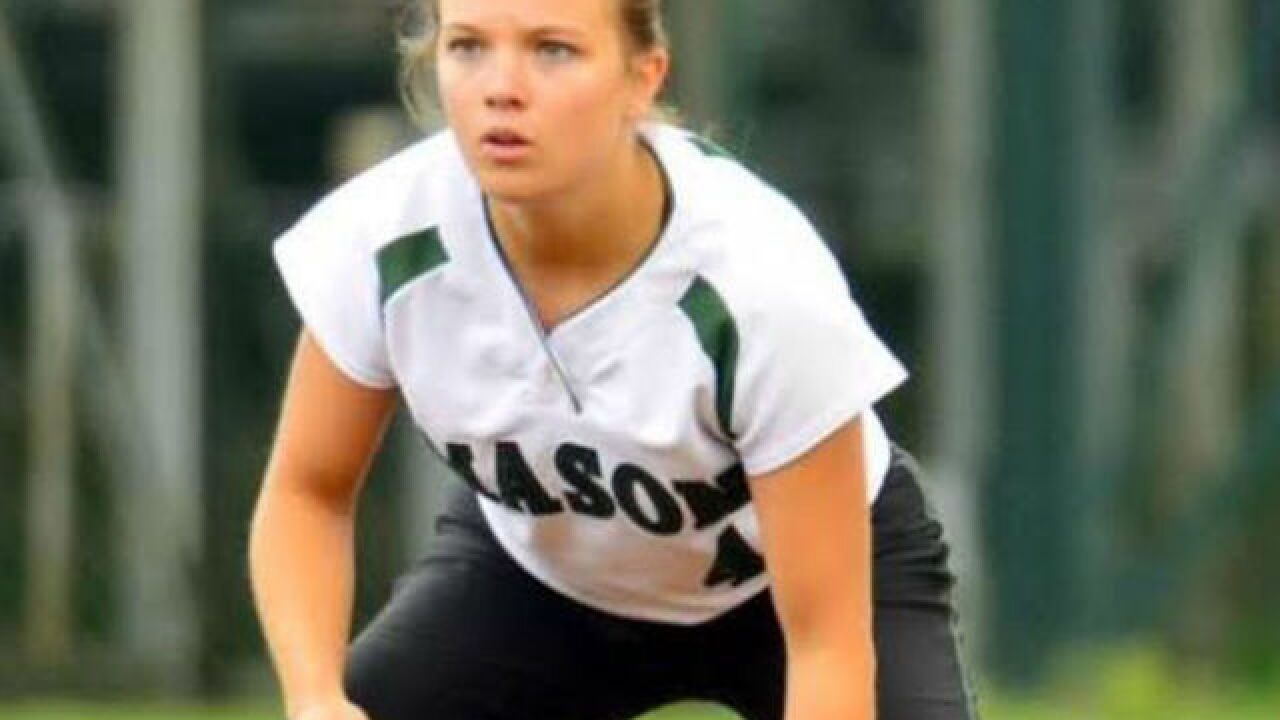 And it has everything to do with how proud she is of her standout third baseman.

There was a range of reactions when the Mason three-year starter found out Sept. 30 she scored a perfect score of 36 on her ACT test.

Her dad, Bob, called her in the middle of class. Her mother, Laura, thought she was joking.

Rockstroh herself had to refresh the webpage just to be sure. Her friends like to rib her.

“Muff always says my middle name is ‘I got a 36 on my ACT,’” Rockstroh says with a smile.

The Comets (7-0) are smiling a lot these days. They have outscored their opponents 71-12. Their 5-0 record Monday night was the best start since the 2011 season.

Rockstroh, who committed to play at Cornell, is hitting .560 with 14 hits, 11 runs, two doubles, a triple, six RBI and two stolen bases. She committed to Cornell two days before she found out about her perfect ACT score.

“We’ve had very good student-athletes here for years,” Muff said. “But, that’s what makes the (36 ACT score) even more special – it’s so rare,” Muff said. “It’s all Erin’s hard work. Of course she is very smart and just an intelligent young woman. Achieving that goal was Erin working a lot.”

Rockstroh took the test four times and took steps to make sure she improved each time.

“Erin has a great GPA and a perfect ACT score, but she didn’t just show up and get A’s or roll out of bed late and score a 36 on her college entrance exam,” Muff wrote in a college recommendation letter. “She worked extremely hard for every grade and for that perfect score. I have watched her make a 12-page study guide on her own for a particularly difficult exam.”

Rockstroh, 17, plans to study neuroscience at Cornell. She is interested in learning more about personality, dreams and what makes people unique.

“She is very interested in the brain and what motivates people,” Laura said.

Erin’s dream from an early age was to play softball and attend an Ivy League program. That will be a reality next school year. She can’t wait.

Her determination has been evident in her softball career. She joined the Mason varsity as a sophomore outfielder, but the Comets needed her to transition to third base. Through repetition and effort, she learned the position and excelled.

“She is also very driven to compete in a good way,” Laura Rockstroh said. “She is always driven to be better.”

Muff said Rockstroh connected with a lot of the younger players on varsity this year.

“It was really important to her to pull them in and make sure she was mentoring them,” Muff said.

That connectivity and leadership was important early this spring to the team’s chemistry. That significant dedication to softball was present in the winter. She would often get up at 4:30 a.m. for offseason workouts in the winter while taking Advanced Placement courses.

In January, Rockstroh created a softball clinic for players with mental and physical disabilities. She recruited her teammates to work with the players from the Mason Challenger League.

“The feedback from these special athletes and their families about Erin’s impact in their lives was heartwarming,” Muff said.

“She loves to achieve but unless you know her well, you would not know that she has a perfect ACT score or that she is a first-team all-conference player,” Muff said. “…Erin has a quiet confidence that will allow her to achieve every goal she sets.”