Dyer: D-I football could go back to four regions 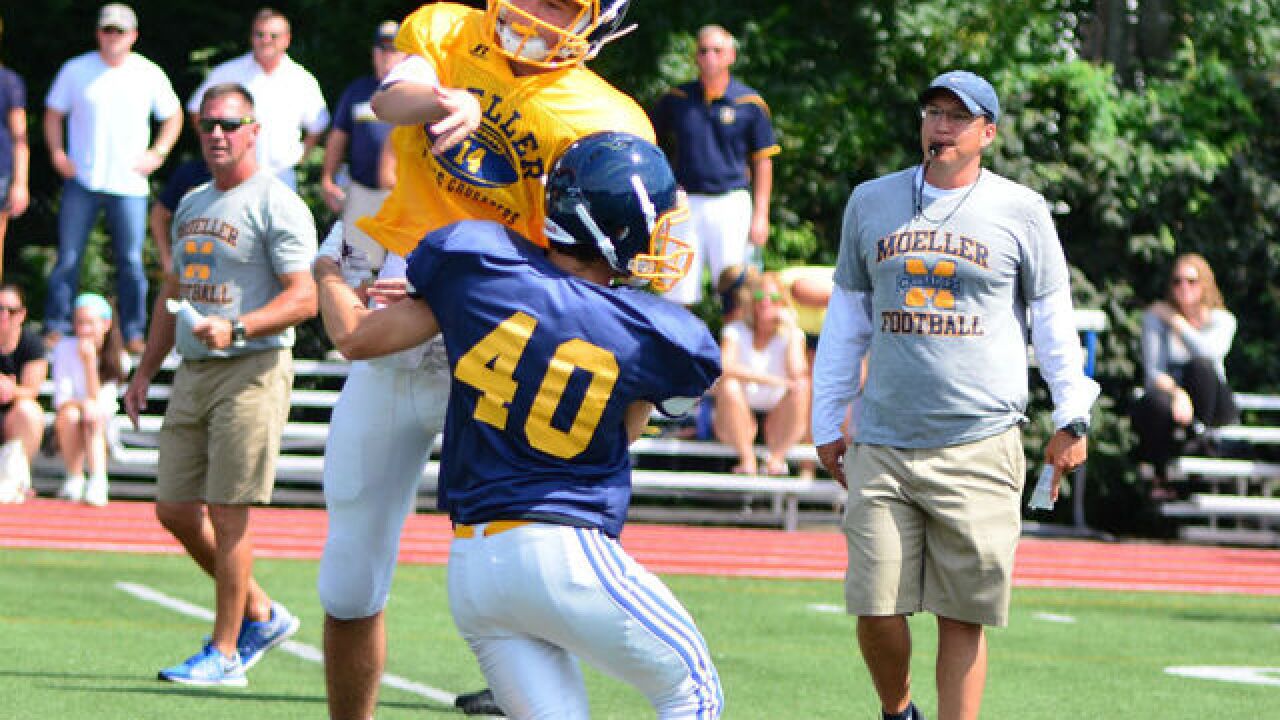 <p>Division I area football programs like Moeller (above) may see the playoff format return to eight teams in each region for the 2016 season. (Photo by Rob Ebel/ESP Media)</p>

The Ohio High School Athletic Association is discussing a return to four regions in Division I football for the 2016 season.

WCPO.com first reported the discussion late last week in Columbus. A plan will be presented to the OHSAA Board of Directors at its meeting Friday at the Schottenstein Center in Columbus.

The OHSAA has maintained two regions in Division I football since the 2013 season. That was the first season Ohio went to seven divisions in football.

The discussion of four regions is not an official proposal, but there seems to be momentum for a return to a true regional final.

The current format has two regions of 16 teams each and the state semifinal is also known as the regional final.

FOOTBALL NOTES: Princeton is expected to name its new coach within the next two weeks, according to athletic director Gary Croley. The Vikings were coached by Calvin Johnson the past two seasons, but he will not return in 2016... Cincinnati Hills Christian Academy 2017 offensive lineman Nick Noyen was recently offered a scholarship by Columbia, according to former CHCA coach Eric Taylor. Noyen, who is 6 feet 2 and 270 pounds, was a Division V all-state selection in 2015. It is his first offer.

DRIBBLES: Wilmington is the fourth smallest Division I boys' basketball program with 342 boys, according to the OHSAA. The cutoff is 340 boys. The Hurricane play Lima Senior in the state semifinals at 5:15 p.m. Friday at Ohio State's Schottenstein Center... Charlie Huggins, the head boys basketball coach at Stone Creek, Strasburg, Conotton Valley, Indian Valley South and Hiland high schools in Tuscarawas and Holmes counties between 1964 and 1984, will receive an OHSAA Naismith Award this weekend. Huggins is the father of current West Virginia and former Cincinnati coach Bob Huggins.

NOTEWORTHY: La Salle has received a significant amount of interest in its athletic director position from the Cincinnati area and the Midwest. Applications are accepted until March 28. A school official told WCPO.com La Salle has a very aggressive interview timeline to find the successful candidate. Dan Flynn, La Salle’s athletic director the past 29 years, will join the school’s Advancement Office.