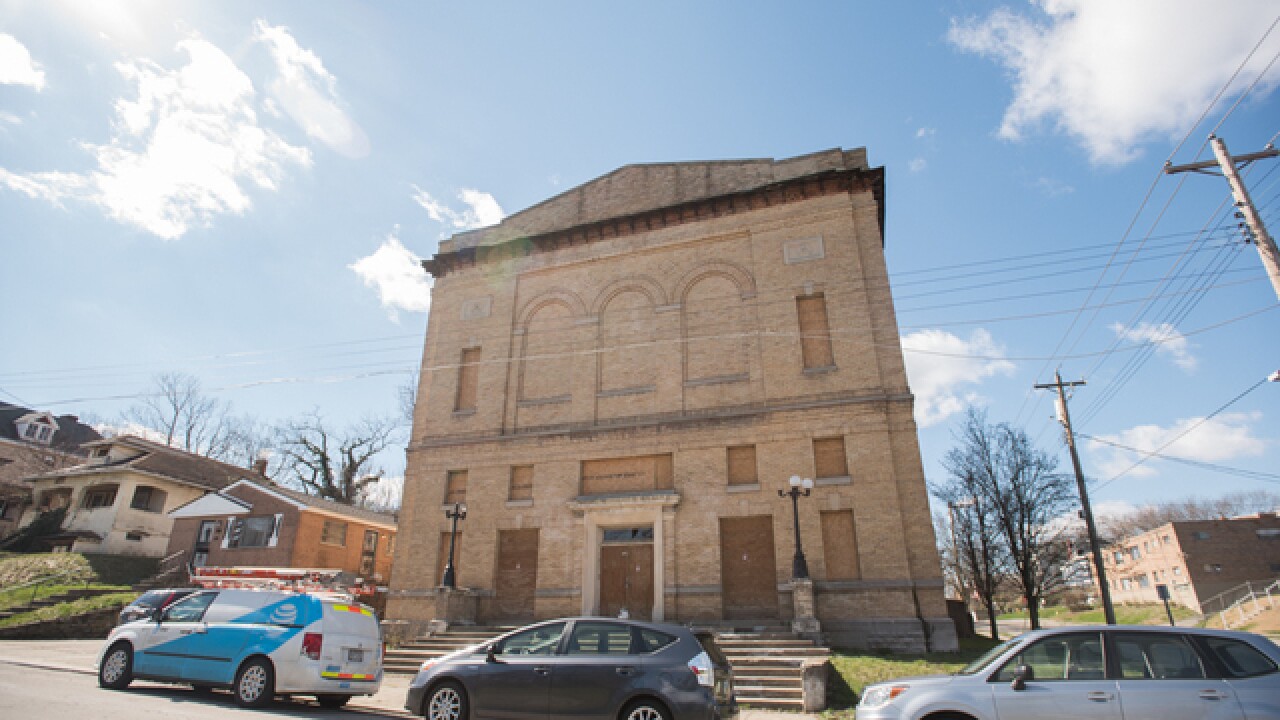 Copyright 2018 Scripps Media, Inc. All rights reserved. This material may not be published, broadcast, rewritten, or redistributed.
Phil Didion
<p>Price Hill Will is a nonprofit organization dedicated to growing Price Hill. They intend to renovate the Price Hill Masonic building and convert it into an event space for the community. Phil Didion | WCPO Contributor.</p>

The nonprofit lending organization known for financing breakthrough projects in Over-the-Rhine, Walnut Hills, College Hill and Price Hill was the only economic development fund in Ohio to win a New Markets allocation. The tax credit program offered by the U.S. Department of Treasury awarded 73 allocations worth $2.4 billion. The tax credits are sold to generate capital investments in real estate projects.

One of the likely beneficiaries of Tuesday’s announcement is a $10 million project that would convert a former Masonic Temple into an events center in East Price Hill . The building at 3301 Price Ave. would serve as the home of the neighborhood redevelopment group Price Hill Will and MY Cincinnati, a music and arts education program.

Another project that could be funded is the Champion Mill Conference and Events Center , a $33 million project in Hamilton that backers say would create new jobs for 80 new full-time employees and 300 part-timers in the long-vacated Champion paper mill.

“It’s too preliminary to talk about deals because we’re sorting through our pipeline,” said Joe Huber, chief operating officer for the Cincinnati Development Fund. “Our primary strategy is economic development in neighborhood business districts who have suffered decades of disinvestment and blight. So, several business districts in the city of Cincinnati and Northern Kentucky should see some resources.”

Huber confirmed that CDF has been talking to city officials in Hamilton about participating in the Champion Mill project, but hasn’t made firm commitments. The Mason Lodge project is among the more likely projects to be funded with this round of allocations because it meets the strategy objectives of CDF and builds on prior investments in the Price Hill Incline District, Huber said.