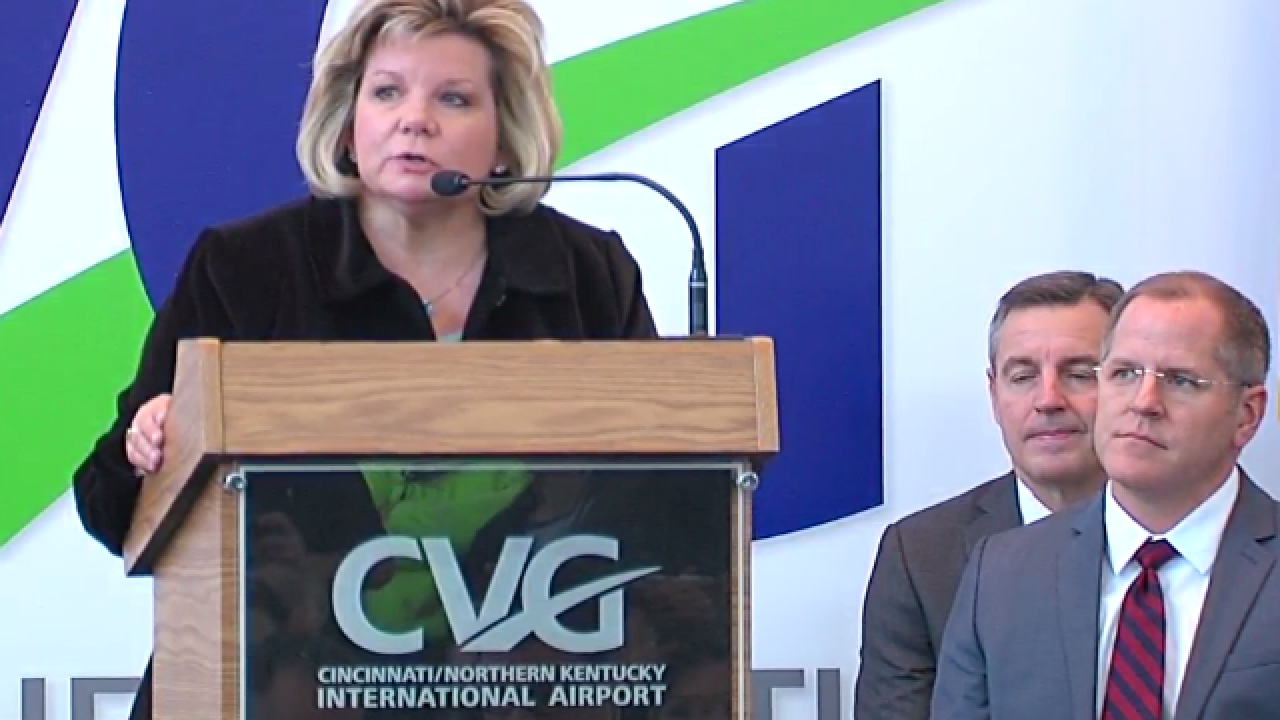 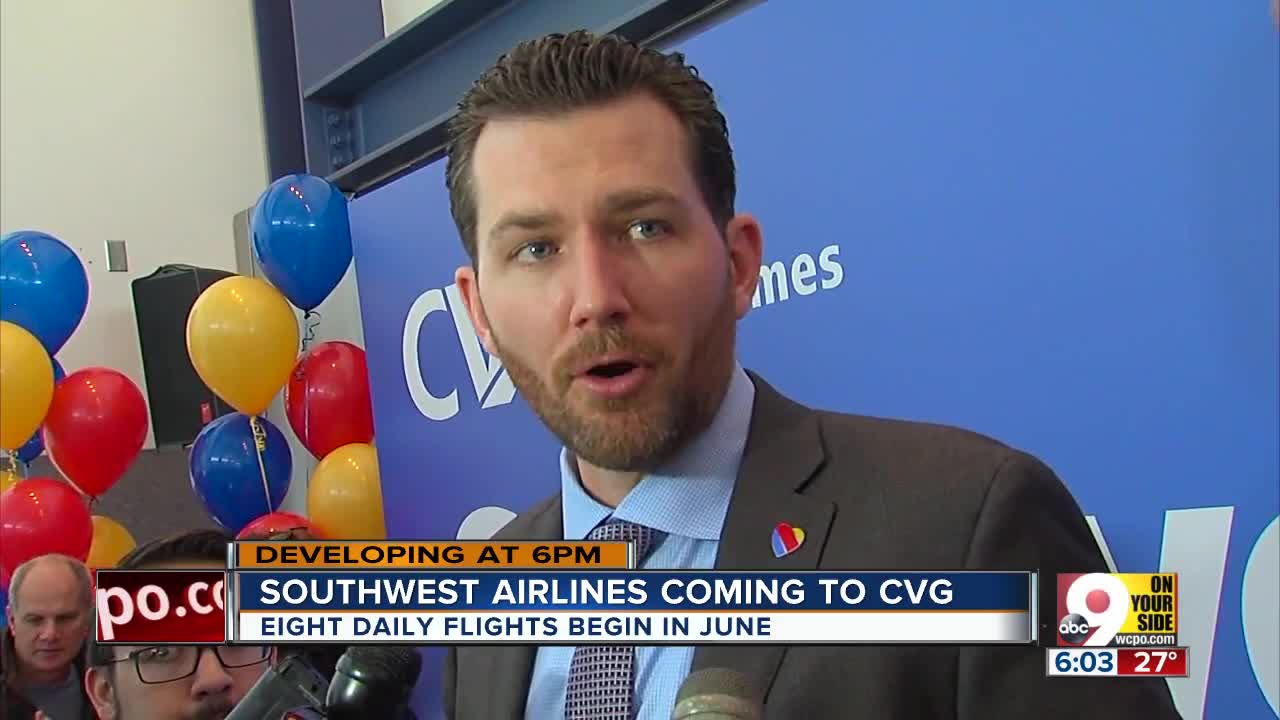 HEBRON, Ky. – Candace McGraw called it her "great white whale." A marquee moment for the CEO at the Cincinnati/Northern Kentucky International Airport.

Southwest is coming to town.

The airline announced Wednesday it will start service from CVG this summer with eight daily flights: five to Chicago-Midway and three to Baltimore/Washington International.

The highly-regarded, low-cost carrier completes a key quartet, McGraw said. Legacy carriers like Southwest, Delta, United and American carry 85 percent of all the passenger traffic in the U.S.

Southwest is the biggest.

"Southwest is the granddaddy that we've pursued," McGraw said. "It's the largest domestic carrier in the U.S. We were their largest unserved market. They needed to be here."

It was a much-lauded moment; a press event organized in just hours drew dozens.

Southwest will start service June 4, said Dave Harvey, Southwest's managing director of business development. That’s the day after it ceases business in neighboring Dayton, where it's served passengers since 2012. Southwest says it's see increasing demand here. CVG's team has been courting them at length.

"We've been working with CVG for years ... the opportunity was just perfect this time around," said Dan Landson, a spokesman for Southwest. "There's a lot of corporate support for Southwest, and business travel is a big thing. By sending folks through Chicago, travelers in Cincinnati have an opportunity to connect to more than 250 daily flights. Baltimore has over 220 daily flights, so there's ample opportunity to get anywhere in our network."

Incentives played a role, too, he said, but McGraw downplayed those as a deciding factor. CVG, per a new program that rolled out the first of the year, will waive landing fees and provide marketing dollars to help promote the new destinations. That amount is at least $150,000.

Chicago-Midway was identified as one of nine target markets when CVG officials discussed the incentives last year. Many are West Coast destinations - Long Beach, Oakland, Portland, Seattle, San Diego and Orange County-John Wayne - as well as Dallas and Houston. Currently, no carrier flies direct to Chicago-Midway from CVG. Both Delta and Allegiant serve BWI.

"Is it an added benefit? Sure. Is it a determining factor? I don't think so," McGraw said. "The purpose of incentives is to show that both parties (will make an) effort."

CVG hasn't seen a major new entrance since 2014 with the addition of Allegiant (OneJet, an upstart corporate carrier, did start service to one city – Pittsburgh – in October). So the news was "huge," said Cincinnati Mayor John Cranley said. "Make no mistake."

Cranley was one of many who touted regional collaboration in landing the airline.

"We've had many successes," Scott Farmer, CEO, Cintas Corporation, and chair of the Cincinnati Business Committee, added, "but none bigger than Southwest."

Lost in the shadows, however, the impact of the airline's departure from Dayton. It's not possible for Southwest to exist in both cities, Landson said. Back in April, Southwest shifted all of its Dayton services to fly to its hub at Chicago-Midway.

"It's about looking at the travel demands," he said. "Cincinnati has a really big population that travels. The demand is here. We have great, loyal customers in Dayton, and we hope to keep them. We hope they will drive to Cincinnati and use our product here."

Southwest won't add more routes at CVG until the first two get off the ground, Harvey said. McGraw said it will be key for business and leisure travelers to book "these two flights right off the bat.

"If they do, Southwest will continue to grow. It's what we've seen with Frontier and the other carriers. Every carrier last year experienced year-over-year growth out of CVG, and Southwest will be able to tap into that."