COLUMN: Dear Reds, these local beers are for you 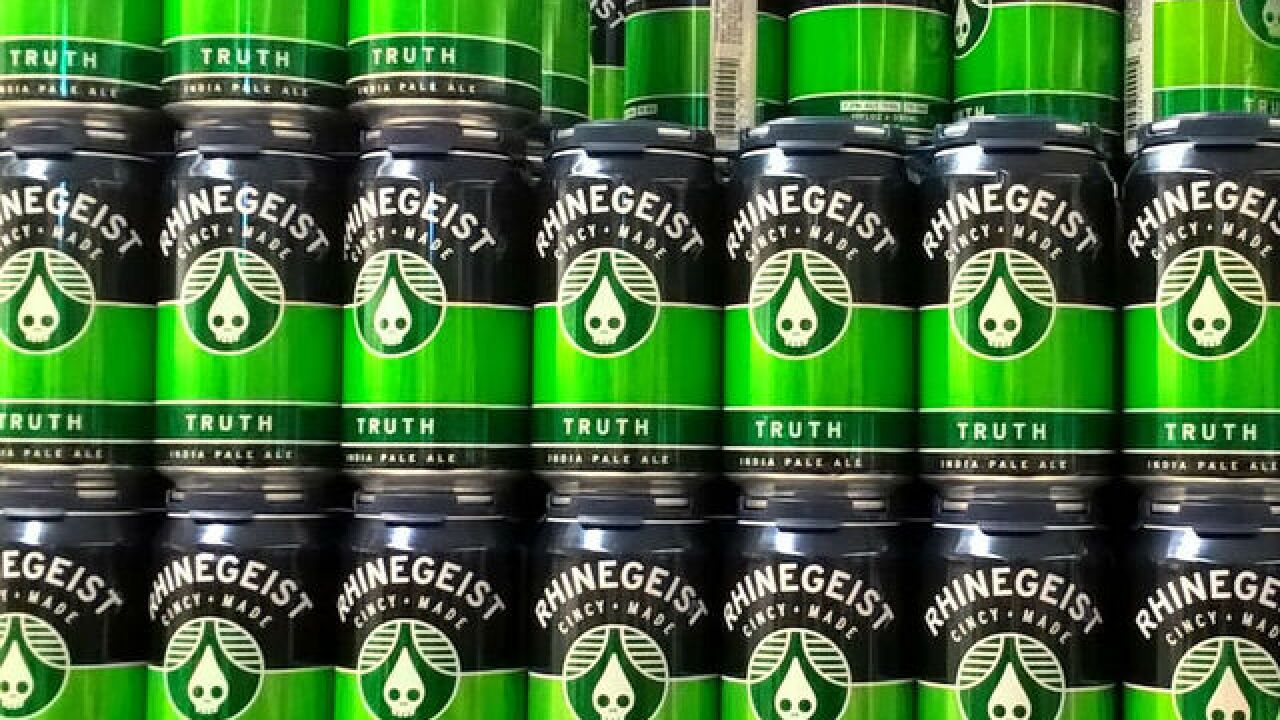 If you were a beer, which would you be?

Chances are the answer changes with the season or possibly your mood. (I would always be a stout, because at 5'9" and two bills-plus, it just fits.)

With baseball season upon us, we thought it would fun to match local beers with Reds players. So without further ado, here are your Cincinnati Reds! (And IPAs. And sours. And … you get the point.)

Billy Hamilton: Don't Talk Sh*t About Norwood, Listermann Brewing. This beer is smooth like his fielding and goes down quickly, like Hamilton on the base paths. The Reds' leadoff hitter also has a bit of a swagger about him, just like Norwood.

Brandon Phillips: Finn, Urban Artifact. Finn is very entertaining and a little bit controversial, but people love it when they give it a chance. There's no other player like BP, and there's no other beer like Finn.

Joey Votto: Mt. Carmel Amber Ale. Both are stalwarts of their field, both are consistent and both have been around longer than most of their peers. Amber Ale is now being packaged as a "Classic Series," and once Votto's career ends, the perennial MVP candidate will go down as one of the Reds' classics.

Devin Mesoraco: Speed Bump, 50 West Brewing. The name is fitting, because Mesoraco hit a speed bump last year with his hip injury. This season, he and the Reds are hoping he's back to his 2014 form, when he was swinging as smoothly as this Kolsch tastes.

Jay Bruce: Truth, Rhinegeist Brewery. Which Jay Bruce is the "real" Jay Bruce: the player who from 2010-2013 batted .262 with 30 home runs on average, or the player who averaged .222 and 22 home runs the past two years? Since this is Bruce's contract year, I'm betting we'll find out the "Truth."

Eugenio Suarez: Trippin', Ei8ht Ball Brewing. First, "trippin'" is what a lot of folks in town thought the front office was doing when fan favorite Todd Frazier was traded in the offseason. Secondly, this is a strong beer at 10.1 percent ABV, and Suarez showed some strength at the plate last year, with 13 home runs and 19 doubles, while filling in for the injured Zack Cozart.

Zack Cozart: Ryesing Up, Blank Slate Brewing. A rye saison with peppercorns, there's a lot going on here. Cozart has a lot going on, too. A slick-fielding shortstop, he was headed toward career-best numbers in hits and home runs when a knee injury ended his season in June. Cozart needs to show the smoothness of a saison in the field again for the Reds to compete, and having some of the sizzle of the peppercorn in his bat wouldn't hurt, either.

LF: Identity Crisis, MadTree Brewing. This position has had an identity crisis since Adam Dunn left town in 2008. The beer combines two distinct tastes, and this year two different players, Adam Duvall and Scott Schebler, look to share the position for the Reds. The beer, still available at the taproom, combines porter malts with IPA hops.

Pitchers: On the Black IPA, DogBerry Brewing. Pitchers live on the black part of the plate, and they die leaving the ball over the middle. The Reds pitchers are mostly young, but the good news is there are a lot of them — just like there are a lot of hops in this IPA. DogBerry describes this beer by saying, “Looks can be deceiving.” That’s exactly what the Reds are hoping from a young but talented staff.

Manager: Sparky, Braxton Brewing. This is a tip of the hat to the past more than an analogy to the current manager. The late Sparky Anderson, the Reds Hall of Fame manager of the Big Red Machine, did something no one had done before him – win a World Series in each league as a manager. Sparky the beer was in GABP within 10 days of having been “born” at Braxton’s grand opening.