A decade after Sarah Widmer drowned in tub, husband is still trying to overturn murder conviction 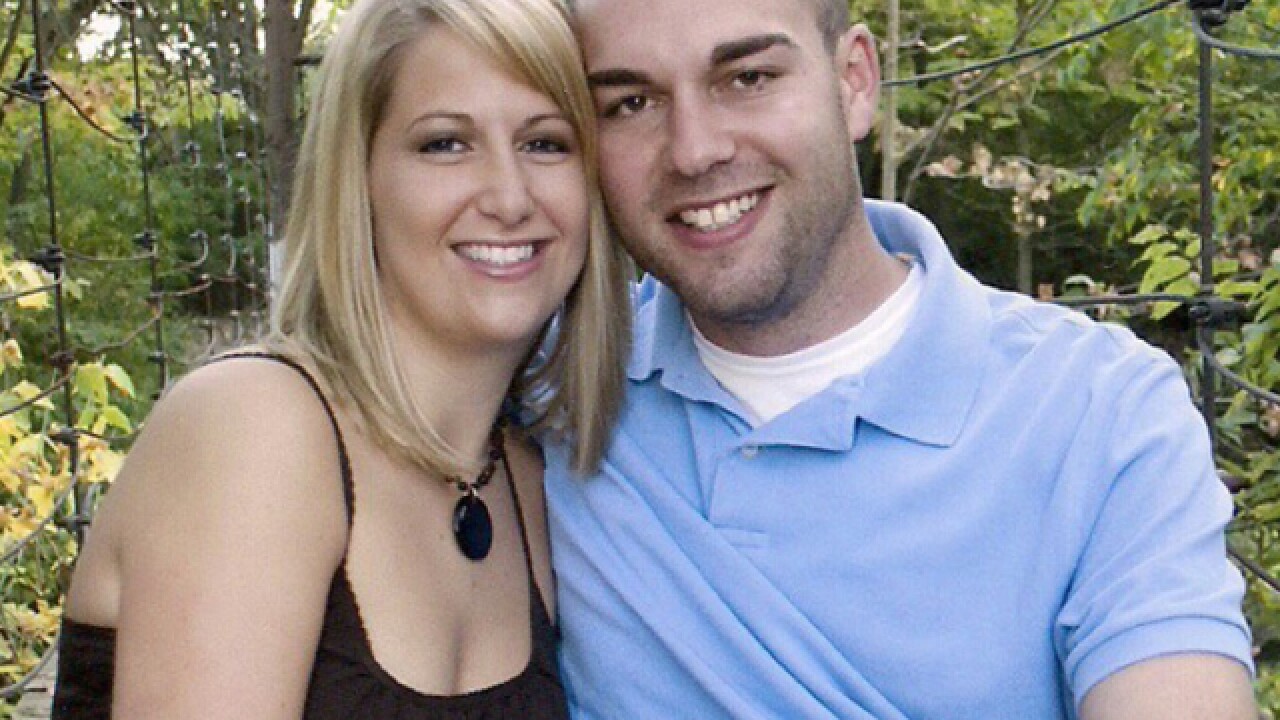 Copyright 2018 Scripps Media, Inc. All rights reserved. This material may not be published, broadcast, rewritten, or redistributed.
<p>Sarah and Ryan Widmer. Photo by FreeRyanWidmer. </p> 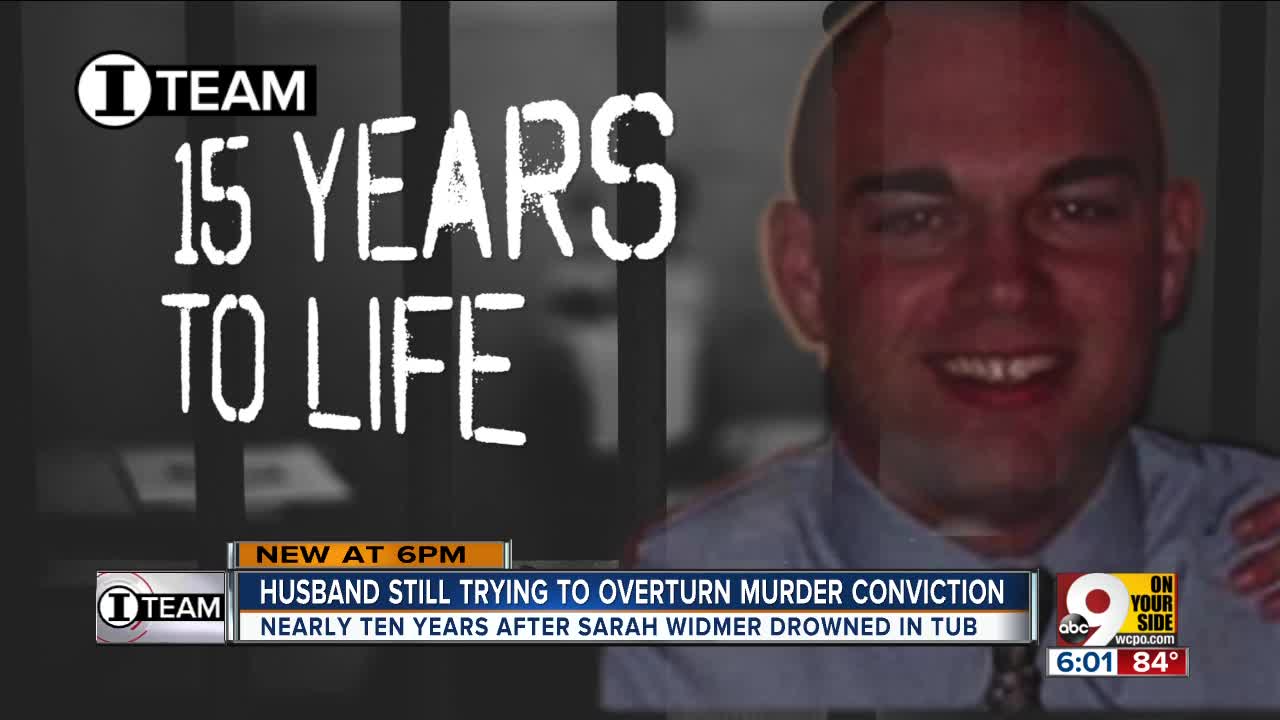 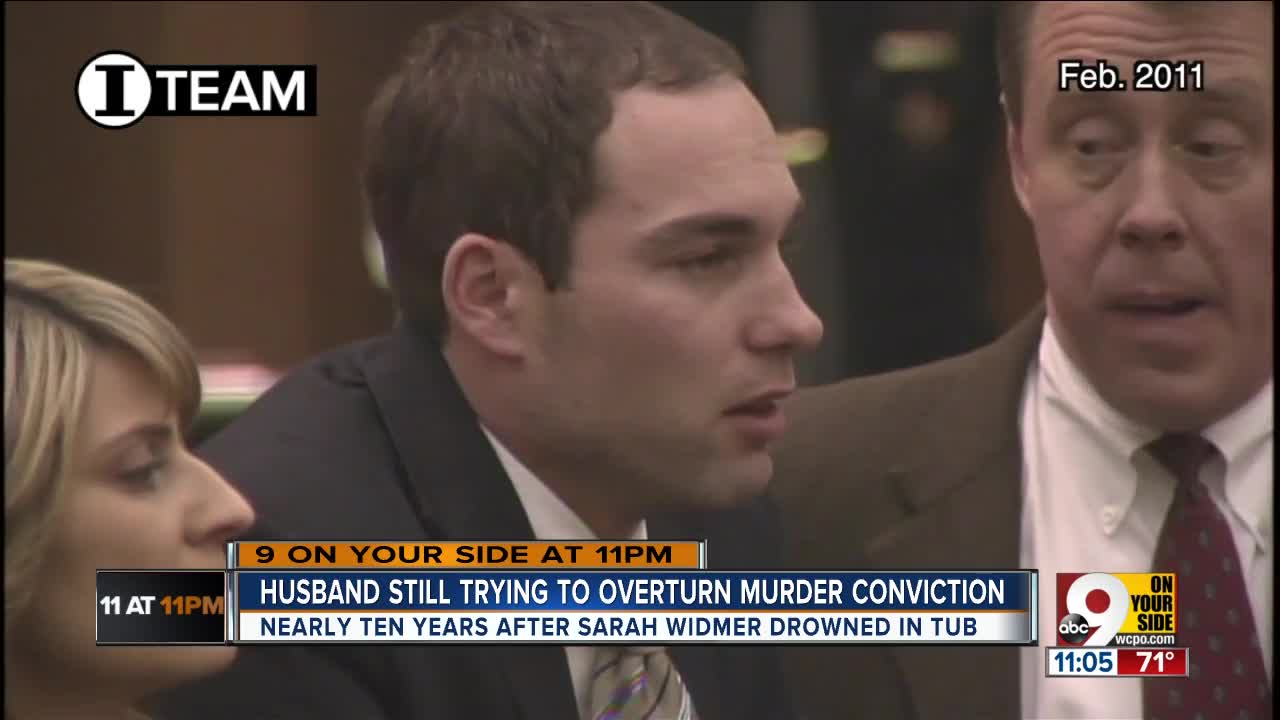 Nearly a decade after Sarah Widmer drowned in the bathtub of her Hamilton Township home, her husband is still fighting to overturn his murder conviction.

Ryan Widmer is in prison serving a 15-year to life sentence. He was convicted in 2011 after three trials that riveted the community and received national attention.

As Saturday Aug. 11 marked the 10-year anniversary of Sarah Widmer’s death, her husband is still appealing for a new trial. A federal judge's decision could come at any time.

“Ten years after the fact I still have people stop me at Kroger and say, ‘Hey, what’s going on in the Widmer case?’” said former Hamilton County prosecutor Mike Allen. “It’s just something that sticks in the public’s imagination.”

SEE why Ryan Widmer's supporters rallied to have his wife's DNA released.

The public fascination with this case stretches beyond the sad ending of the 24-year-old newlywed woman’s life 10 years ago. The unusual way that Sarah Widmer died, and the fact that no clear motive for murder has ever emerged, are what makes this case so polarizing even now, attorneys say.

The first trial was overturned due to juror misconduct for conducting their own experiments on how long it took a body to dry after a bath. The second ended in a hung jury. The third trial ended with a conviction for Widmer, after a Warren County jury deliberated for 12 hours.

“It really has polarized the community, there’s no question about it,” Allen said. “In my listening to all three trials, I never really saw a motive. But then again, the prosecutor doesn’t have to prove that … it’s just very unusual in a homicide case not to have some kind of motive.”

So far Widmer has been unsuccessful in appeals for a fourth trial, even asking the U.S. Supreme Court to review it.

His latest appeal – a petition for a writ of habeas corpus – was filed in U.S. District Court in Cincinnati in February 2014.

“It’s a very difficult standard to meet. Being innocent of a crime, on its own, isn’t a reason for habeas relief,” said University of Cincinnati law professor Donald Caster, who is also an attorney at the Ohio Innocence Project. “You have to prove there was a constitutional error in trial.”

This appeal has been rejected twice by U.S. Magistrate Judge Michael Merz, who described the objections as “without merit” and said further appeal would be “objectively frivolous,” in a 2017 report. But those were only recommendations.

The final decision is up to U.S. District Judge Tim Black. Black has had more than a year to review the case and could hand down a ruling at any time.

“It’s ultimately up to the judge,” said longtime criminal defense attorney Mark Krumbein. “When you’re a federal judge in this situation, you make your own timeline.”

It has been a long 10 years of "dread every day," for Gary Widmer, Ryan Widmer's father.

"I don’t know how else to explain it except just a waiting game. You eventually get used to it. But every day you kind of sit there thinking, ‘OK, today’s going to be the day we’re going to hear something.’ You have that hope that it’s going to be in our favor," Gary Widmer said.

Black will make his own separate review of the evidence. He can either side with Merz, which attorneys say is more likely, or agree with one of the 17 objections raised by Widmer’s attorney, Michelle Berry Godsey, and grant the appeal.

“An appeal in Widmer’s case would not be objectively unreasonable and/or frivolous,” Godsey wrote, disputing the magistrate. “For each of Widmer’s claims, there are debatable arguments, which reasonable jurists could adopt in Widmer’s favor.”

Among her arguments for a new trial: The bathtub in the home was illegally seized; defense attorneys should be allowed to test Sarah Widmer’s DNA for a rare genetic disorder that may have caused accidental drowning; testimony regarding hand and arm prints on the tub was based on “junk science;” and juries should have been told about allegations about the credibility of the lead detective.

"There’s just so many questions that surround this whole thing and so I live that every decision is going to come back in our favor because somebody’s going to see that this is the way it was. It was wrong," Gary Widmer said.

Legal experts say Widmer has a tough burden to meet.

“The odds are, I would just say, low, but it’s certainly possible,” Krumbein said.

Allen agreed: “I don’t think he’s got a good likelihood of success on the habeas petition … very few are granted.”

If Black rules against Widmer, his attorney could try to take the case directly to the Sixth Circuit Court of Appeals, but his chances for success there may be even slimmer, lawyers said.

“Under the circumstances, he’s doing well. He’s staying busy. He has a job. He trains dogs and plays sports," Gary Widmer said. "Kind of the things he did when he was out here with us.”

Gary Widmer visits his son in prison monthly and talks to him on the phone two or three times per week.

Widmer’s first opportunity for parole is in 2025. But attorneys say it is unlikely he will get early release because the parole board looks most favorably on prisoners who are remorseful. And at age 37, Widmer continues to maintain his innocence.

“I was actually sitting in the room at the time he was offered that deal, and he wasn’t even listening to it. Our lawyers kept (saying), 'Now wait a minute, listen to this,'" Gary Widmer said.

Ryan Widmer's response was, "Nope. I didn't do this. I’m not taking a plea deal," Gary Widmer said.

But that may hurt Ryan Widmer when it comes time to seek parole.

“They are reluctant to grant parole where a person continues to claim innocence,” Caster said. “So it will be a long time until he gets parole.”

While Widmer’s future may be uncertain, attorneys are confident this case will stay in the public eye for years to come.

As the anniversary of Sarah Widmer’s death approached, the case received new publicity.

In July, former Cincinnati Enquirer reporter Janice Hisle released a new book exploring hidden angles of the murder case, including that Sarah Widmer walked on her tippy toes the night of her death – a clue that could point to a genetic disorder.

And on July 25, "Reasonable Doubt," one of Investigation Discovery's many true crime programs, aired an in-depth episode on the case and concluded that Widmer, at the very least, lied to police on the night his wife died.

“For every person who says, ‘It’s been 10 years, that’s enough (publicity),’ then there are other people who are saying – ‘He’s really innocent and it doesn’t matter if it takes 10 years or 15 years or 20, we’ve got to get to the bottom of this,” Krumbein said.