9 reasons you should go to the Cincinnati Opera this season 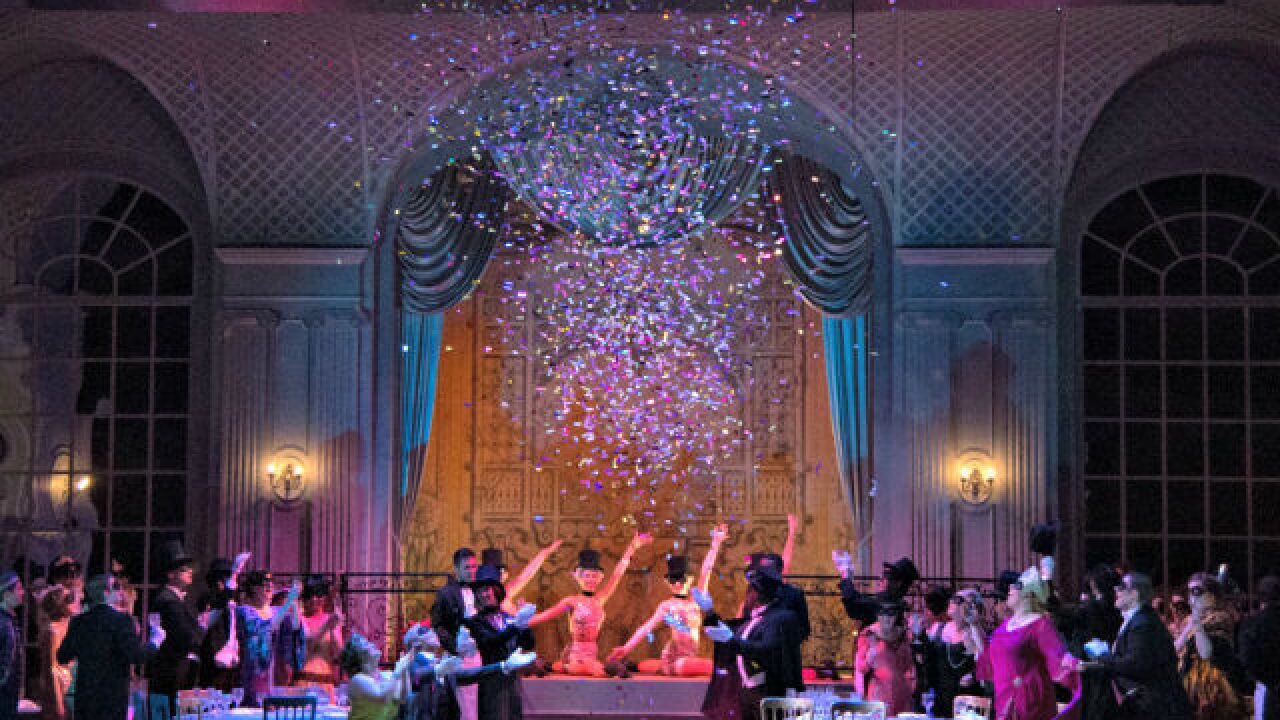 Opera performances invite adjectives like “dramatic,” “spectacular,” “moving” and “magnificent.” That’s what fans yearn to see and hear, letting the music and the stories of love, heartbreak, tragedy and joy wash over them.

Cincinnati Opera, America’s second-oldest opera company, has been staging glorious productions and making passionate memories for nearly a century. Here are nine reasons you should catch an opera this season, which kicks off Thursday.

1. For the 26th year, Cincinnati Opera will present its Community Open Dress Rehearsal, an opportunity for underserved youth (ages 8-17) to see a fully staged opera performance. This year’s offering, on June 14, will be Richard Strauss’s "Die Fledermaus," a story full of waltzes and wit. Click here to apply for tickets.

2. Since leaving its outdoor heritage at the Cincinnati Zoo, where performances were offered from 1920 to 1970, Cincinnati Opera has been ensconced in Music Hall. That venerable 1878 building is undergoing a $135 million renovation, so operas for 2016 and 2017 will be presented at the Aronoff Center for the Arts (710 Walnut St., Downtown). The season’s “big productions — "Die Fledermaus," "Fidelio" and "Tosca" — will take the stage in the Procter & Gamble Hall, where Broadway touring shows are routinely presented. The world premiere of "Fellow Travelers" is happening with eight performances in the Aronoff’s more intimate 440-seat Jarson-Kaplan Theater.

3. Sample the glories of opera when Washington Park hosts a free evening of Opera in the Park at 7 p.m. June 26. This outdoor concert in Over-the-Rhine offers a selection of opera and musical theater favorites performed by stars from the 2016 season, the Cincinnati Opera Chorus and the Cincinnati Symphony Orchestra.

4. Opera Goes to Church!™ and Opera Goes to Temple!™ are collaborative partnerships between Cincinnati Opera and several places of worship around the Tri-State. These free evenings have become popular summer events that offer unique experiences in which audiences and artists come together to celebrate the power of music. A June 22 event at Rockdale Temple is already sold out. However, seats might still be available for a 7 p.m. July 11 event at New Jerusalem Baptist Church (26 W. North Bend Road) and another at 7 p.m. July 20 at Lincoln Heights Missionary Baptist Church (9991 Wayne Ave).

5. Opera’s glorious vocal and choral music requires superb orchestral accompaniment, and Cincinnati Opera has precisely that thanks to its longtime relationship with the Cincinnati Symphony Orchestra. Our city’s premier musical ensemble has supported opera seasons since the 1920s, one of the longest-lasting arts partnerships in the United States. It’s rare to see opera performed with such an accomplished orchestra.

6. With gorgeous melodies by the “Waltz King,” Johann Strauss Jr., "Die Fledermaus" (The Bat) is an infectious comic operetta about a joke resulting from a night of carousing, culminating in an extravagant masquerade ball. Opera star Nicole Cabell plays the regal Rosalinde. Robin Guarino, head of the opera program at University of Cincinnati’s College-Conservatory of Music, directs the production with designs inspired by the comic film "The Grand Budapest Hotel." (Performances: June 16 and 18)

7. This season features a world premiere of a new work commissioned and developed by Cincinnati Opera. Composer Gregory Spears and librettist Greg Pierce, two rising stars in the opera world, created "Fellow Travelers." Based on Thomas Mallon’s historical novel, the story is set in Washington, D.C., in the 1950s at the height of the McCarthy era. A chance encounter with a State Department official leads a recent college grad to a job — and a love affair with a man. Things don’t go well and tragedy ensues. (Performances June 17-July 10.)

8. Beethoven wrote a lot of memorable orchestral music but just one opera. The powerful drama of "Fidelio" is part of Cincinnati Opera’s 2016 season. It’s an ode to freedom and the struggle for justice revolving around a man who has been unjustly imprisoned. Metropolitan Opera star Christine Goerke plays the role of the prisoner’s heroic devoted wife, Leonore, who goes to extreme measures to save the man she loves. (Performances: July 7 and 9)

9. Puccini’s tragic love story "Tosca" is the story of a fiery singer, a star of the Roman stage. She is desired by both a painter, who loves her sincerely, and a corrupt police chief, who longs to possess her. She has hard choices to make, poured forth in in her thrilling aria “Vissi d’arte” (“I lived for art”). Cincinnati Opera is creating a brand-new period production with sumptuous sets and costumes designed by Robert Perdziola, whose work is seen regularly at the Metropolitan Opera, Lyric Opera of Chicago, San Francisco Opera and Santa Fe Opera. It’s a sure bet that his designs will have a long life beyond this production, as they are rented for use on stages across America. See them here first. (Performances: July 23, 27 and 29.)

What: 2016 Cincinnati Opera summer season
Where: Season performances at the Aronoff Center for the Arts, 700 Walnut St., Downtown. (Also in Washington Park and several churches and temples)
When: June 16-July 29
Tickets: www.cincinnatiopera.org, 513-241-2742