Could IRS chief be impeached? 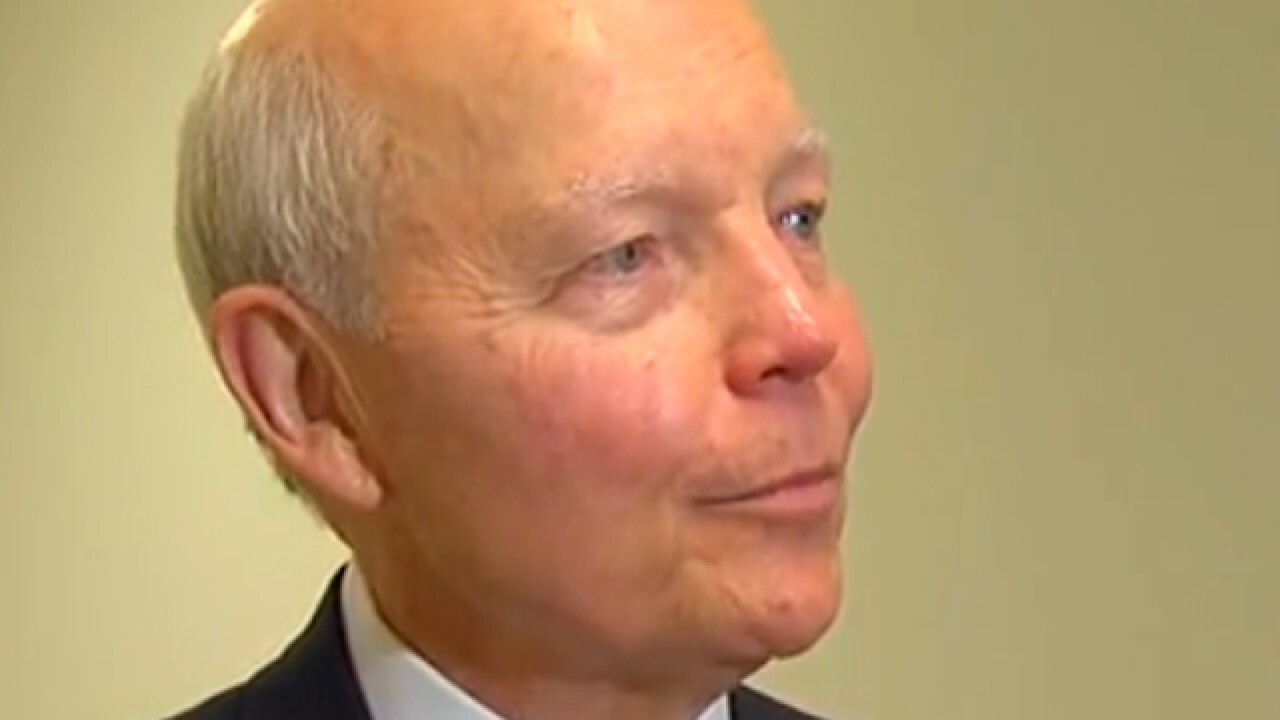 WASHINGTON -- A sympathetic House Judiciary Committee is giving a high-profile forum to a top Republican who wants to impeach IRS Commissioner John Koskinen, a cause that excites conservatives but seems unlikely to go far in Congress this election year.

House Oversight and Government Reform Committee Chairman Jason Chaffetz planned to testify to the GOP-run Judiciary panel on Tuesday. The Utah Republican has been pushing for Koskinen's removal since last summer, accusing the commissioner of hindering congressional investigations of his agency.

"You can't thumb your nose at Congress and expect there to be no consequences," Chaffetz said in an interview last week.

In a written statement Monday, Koskinen said Chaffetz' allegations against him are without merit. He said he wouldn't appear Tuesday, saying he's been busy traveling and preparing for other hearings, but said he would be willing to testify in the future.

Treasury Secretary Jack Lew, whose department includes the IRS, criticized Republicans. Lew said in a written statement Tuesday that the House should focus on the nation's needs, "not the kind of political agenda that an impeachment vote here would represent."

While booting Koskinen has become a favorite cause among conservatives - Chaffetz has 73 co-sponsors on his impeachment resolution - support by other Republicans has been tepid and Democrats are flatly opposed.

House Speaker Paul Ryan, R-Wis., has yet to embrace the idea, with spokesman Brendan Buck saying Ryan has deferred to committee leaders. Many Republicans would rather not launch a campaign-season impeachment effort with virtually no chance of success, even as they try persuading voters that they are running Congress constructively.

To impeach a federal official, a majority of the House must vote for conviction. It then takes a two-thirds majority vote of the Senate to actually remove the official from office.

Congressional Republicans have long detested the IRS. Those feelings were only heightened when the agency apologized in 2013 for subjecting conservative groups seeking tax-exempt status to unusually tough scrutiny, prompting GOP lawmakers to launch congressional investigations, cut the agency's budget and trim its staffing.

Tea party groups and the IRS have been in a years-long battle over their applications for tax-exempt status. A Treasury Department Inspector General's probe concluded that, starting in 2010, lax management enabled Cincinnati agents to improperly target the groups for extra scrutiny; because of that, their applications took as much as four times longer than other, similar applications.

The Justice Department ended a two-year investigation of the controversy last year, saying no IRS official would face criminal charges and that it had uncovered no evidence that agency officials acted out of political bias against conservative groups.

Chaffetz has accused Koskinen of failing to provide congressional investigators with subpoenaed evidence, not testifying truthfully about the destruction of emails and taking three months to reveal to Congress that emails considered important to the probe were missing.

In 2014, the IRS disclosed that it had lost emails to and from Lois Lerner, who headed the agency division that processes applications for tax-exempt status. Chaffetz says while Koskinen was in charge, 422 IRS backup computer tapes containing up to 24,000 of Lerner's emails were destroyed.

In his statement Monday, Koskinen said he delayed telling Congress about missing emails until his agency could assess how much data had been lost. He also said he assured Congress that all emails had been preserved - which turned out to be untrue - only because he wasn't aware at the time that data containing the emails had been destroyed.

Last July, a report by IRS Inspector General Russell George concluded that the data were destroyed by mistake, not in any agency effort to withhold information from Congress.

Koskinen's term as commissioner expires in November 2017, 10 months into the next president's term.

According to the nonpartisan Congressional Research Service, the House has impeached only 19 people in history - Presidents Bill Clinton and Andrew Johnson, one senator, one Cabinet member and 15 federal judges. Only eight people were convicted by the Senate, all of them judges.

Koskinen said in his written statement that none of his actions "come close" to the thresholds the Constitution sets for impeachment: treason, bribery or high crimes and misdemeanors. He said impeaching him would set "an unfortunate precedent" and discourage talented people from seeking government positions.

Asked last week about the apparent futility of actually removing Koskinen from office, Rep. Jim Jordan, R-Ohio, another leader in the effort, said: "Our job is to do the right thing. This guy breached every duty he has."

WCPO contributed to this article.