Kasich: Politicians 'should be held absolutely accountable" for inaction on guns 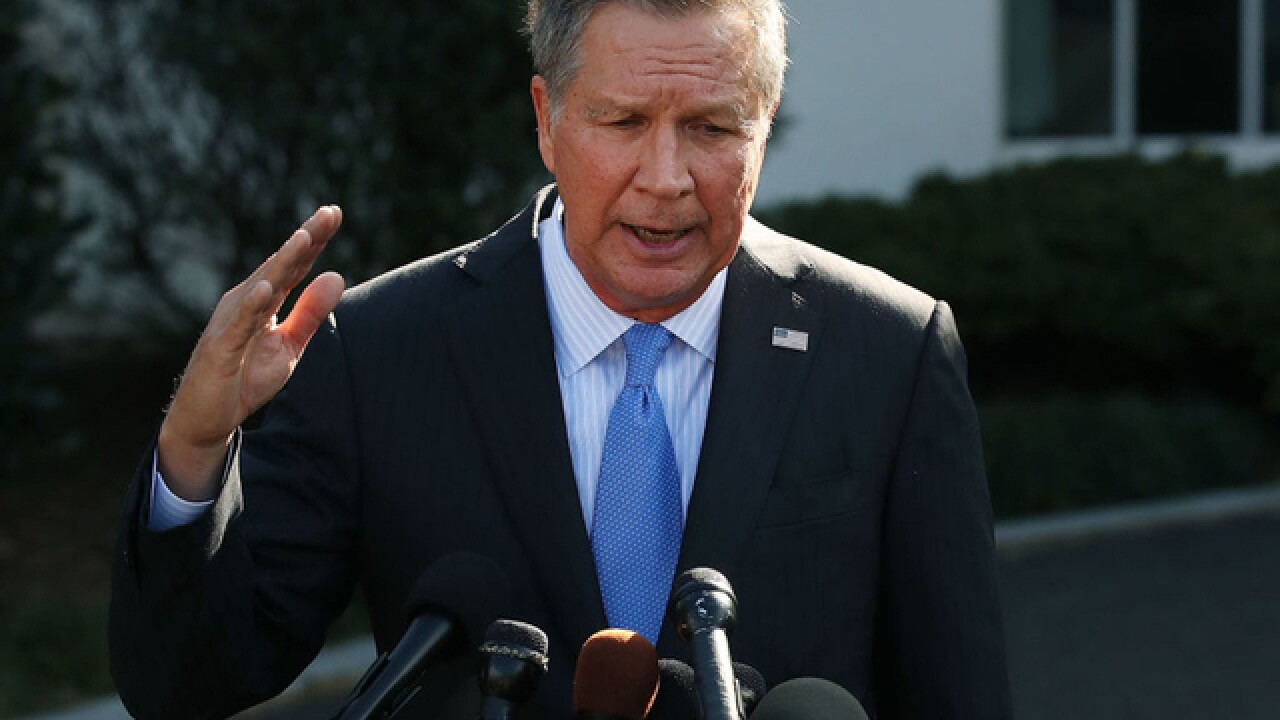 Ohio Gov. John Kasich on Sunday said that lawmakers should be held accountable during this fall's midterm elections for their inaction on gun laws following a number of high-profile mass shootings around the country.

"I think people should be held absolutely accountable at the ballot box," Kasich said on CNN's "State of the Union."

The Republican governor told CNN's Brianna Keilar that his party is already seeing how their hesitation to implement widely supported gun laws is affecting their electoral success.

"We've already seen what the public thinks, we saw [a Republican loss in] an election in Pennsylvania," Kasich said. "I think people do want changes here."

Kasich told Keilar that there are three types of people involved in the gun debate: "those that want no changes on guns; those people that think there ought to be significant changes even while we protect the Second Amendment; and the third group are a bunch of politicians who are afraid of their own shadow."

In regard to the massive March for Our Lives protests that took place in Washington and around the country Saturday, Kasich said that the attendees -- many of them students -- have "got to keep it up."

"If they don't keep it up, those that want no change will just sit on their hands," Kasich said.

Kasich also responded to comments made by former California Gov. Arnold Schwarzenegger, who last week said Kasich would be "a great alternative" to President Donald Trump in 2020 if the President fails to deliver on his promises.

"It's a strong level of support. It gives me a big lift," Kasich said. "He's a fantastic guy. He's a natural leader. He's a dear friend of mine and he's worried about our country."

In May 2016, Kasich ended his presidential bid after Trump became the presumptive GOP nominee.