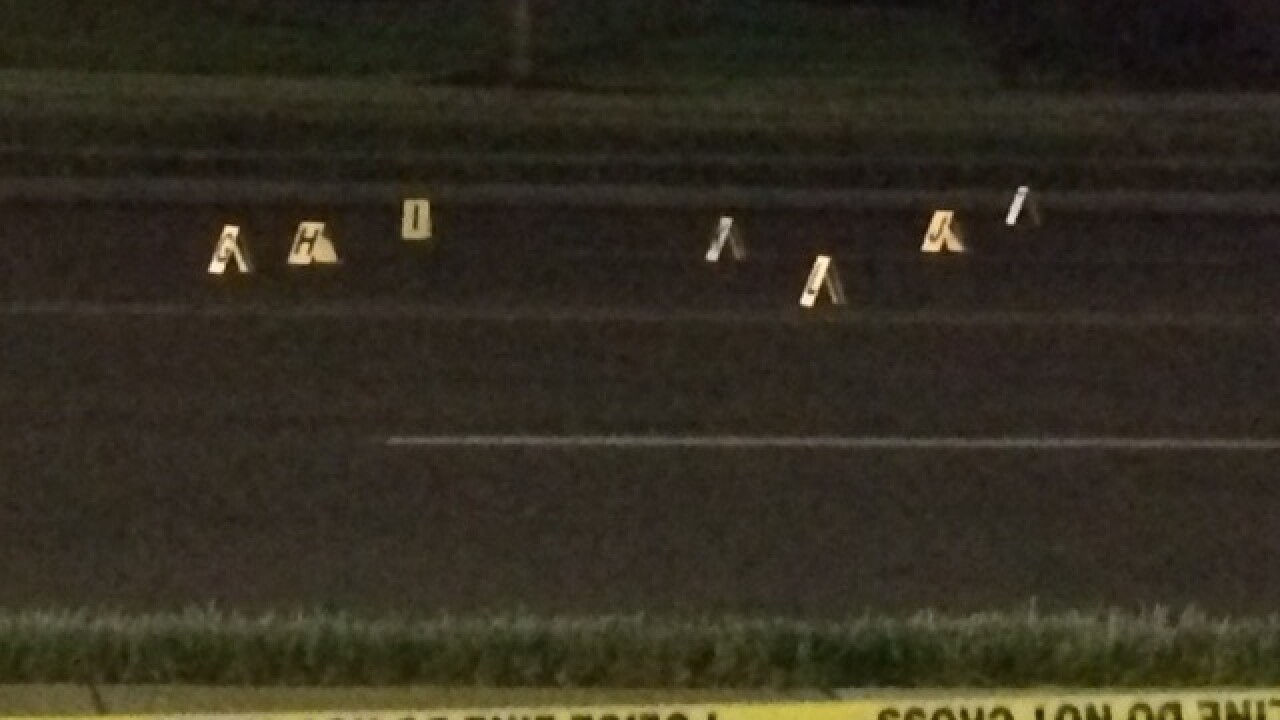 Eric Clajus | WCPO
<p>June 3, 2016. Markers indicate where police found shell casings, after a police K-9 was shot during a pursuit in Springfield Township.</p> 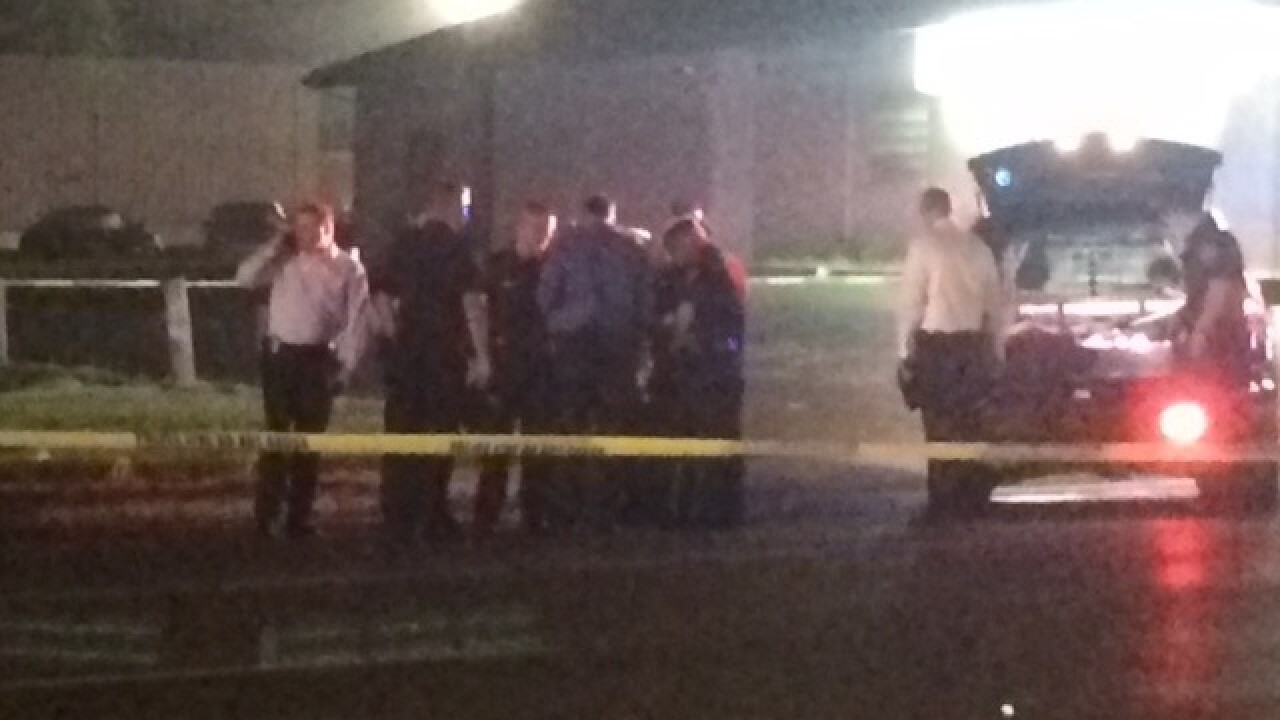 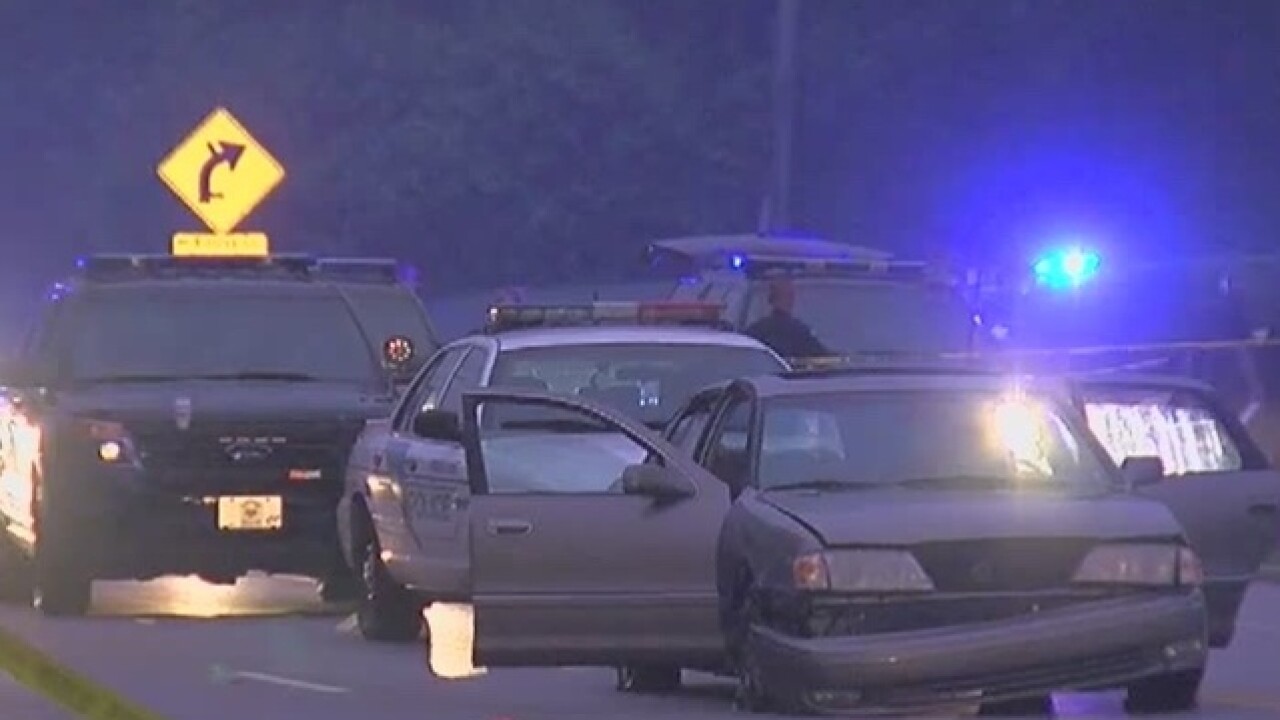 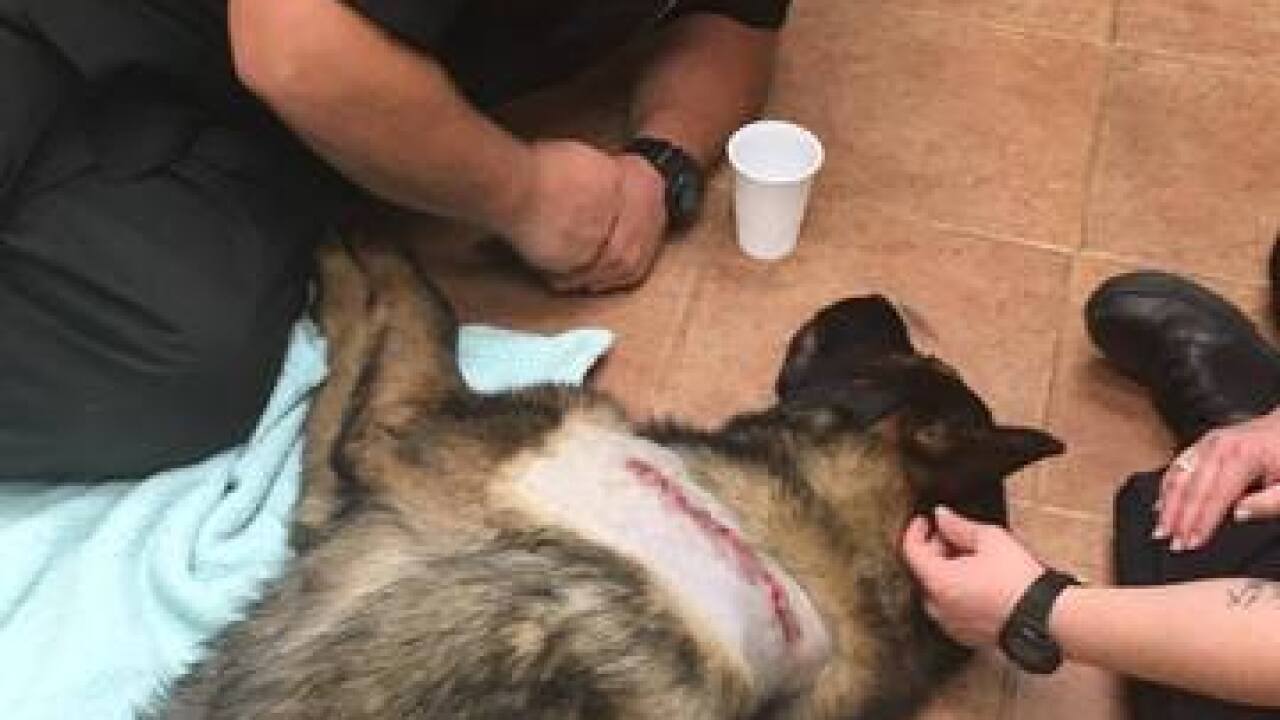 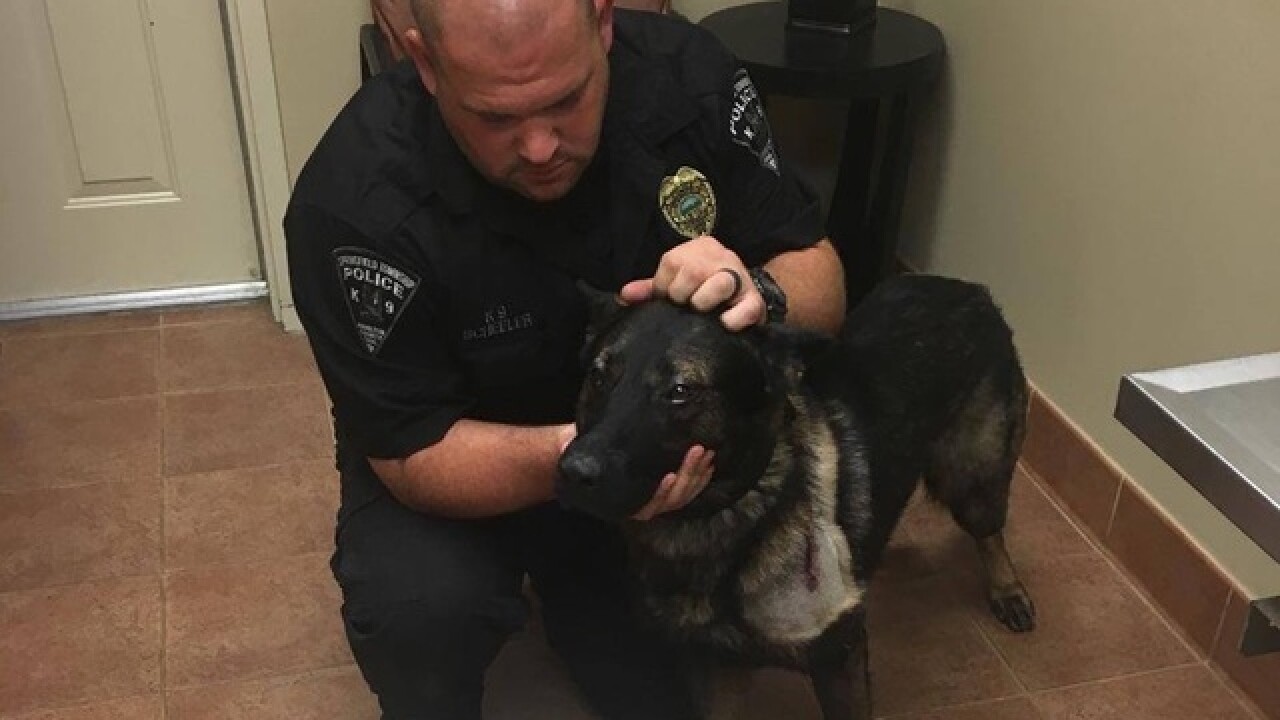 SPRINGFIELD TOWNSHIP, Ohio -- A police dog and a male suspect were shot early Friday morning during a car pursuit involving two suspects in Springfield Township. Both are expected to survive.

The male driver fled through Forest Park into Springfield Township with police in pursuit. Police said a female passenger inside appeared to attempt to get out of the moving car, which was finally halted by police using stop sticks on Winton Road near West North Bend Road.

Police officials said the man leapt out of the car and ran down Winton Road, with Springfield Township Police K-9 Pako giving chase. The man fired a gun at Pako, striking the dog in the shoulder, before he turned the gun toward officers, police said. Officers then fired at the suspect.

The man is expected to survive after being taken to the University of Cincinnati Medical Center. The Springfield Township Police Department later identified him as Tyler Jones, 27, of Cincinnati. Jones had a semiautomatic handgun, police said. He is charged with four counts of felonious assault, one count of assaulting a police dog, one count of carrying a concealed weapon, one count of possession of weapons while under disability.

The female suspect was arrested but not hurt during the incident.

According to the Grady Vet Hospital, Pako has been treated and released. He had been scheduled to receive canine body armor soon .

"When a suspect is firing shots, it’s the same as the police officers that were taking fire," said Springfield Township Police Chief Robert Browder. "It’s the same thing - the dog and the human police officers. There’s no difference to me."

The intersection of Winton and West North Bend roads was closed nearly five hours as police investigated the scene.