Victim of Jawari Porter's 2015 attack saddened by his death 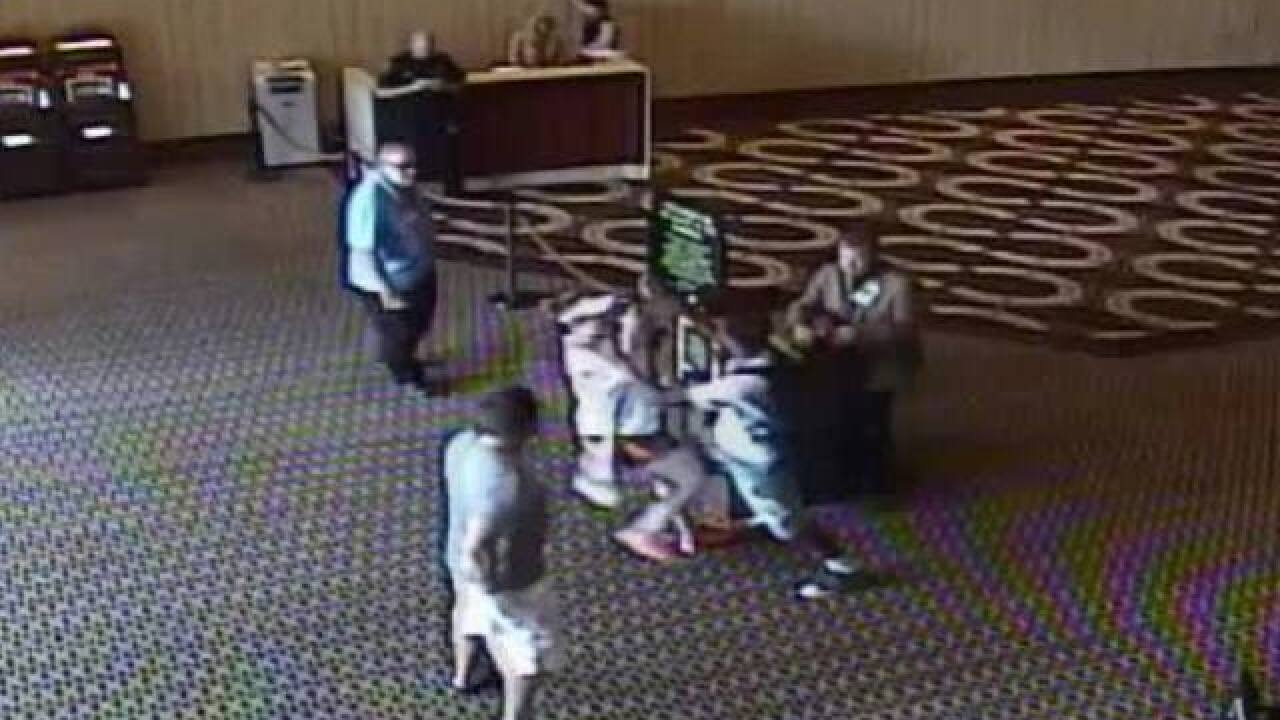 CINCINNATI -- A man Cincinnati police say attacked an officer Sunday morning in downtown Cincinnati had a violent crime in his past, but he never actually faced charges because of his mental illness.

Jawari Porter was arrested in 2011 for exposing himself in a Kroger store, then again in 2015 for an assault at downtown Cincinnati's Horseshoe Casino. Like his deadly encounter with Cincinnati Police Officer Anthony Brucato on Sunday, surveillance cameras captured the casino attack:

In both the 2011 and 2015 cases, a court found him mentally incompetent. Porter's case ended up in Hamilton County Probate Court.

"In that scenario, the doctors would then start to look at the patient, determine what the appropriate treatment is and then they would report back to the court," court administrator Vince Wallace said.

Wallace cannot discuss specific cases because of privacy issues. Hamilton County Probate Court has 338 mental health cases; not all are referred from the criminal justice system, and the number has declined in recent years.

Laws in place to protect people like Porter require a certain level of personal responsibility once they're released from in-patient treatment.

Court records show Porter's case was closed in June. Josh Spring, executive director of the Greater Cincinnati Homeless Coalition, said it appears Porter was homeless.  A week before his death, Porter signed up to begin selling issues of Streetvibes, a local alternative newspaper that often focuses on topics such as poverty and homelessness.

"I believe that he was working on getting to a better place, which would be housing," he said.

Wallace said some patients want to be off the grid, and in those instances, there's little caseworkers can do to control the situation.

"Well they try, but if they leave or become homeless or go to a different address or change their phone, there's only so much that can be done until they resurface," he said.

Porter never knew a stable life. He suffered abuse and neglect and went into foster care as a baby, according to Pat Hanby, a former Hamilton County Job and Family Services caseworker.

RELATED: Porter once had a bright future

Hanby said Porter was kind and caring, yet he struggled with anger issues. Much of his anger came from a feeling that people were being treated unfairly, Hanby said. He said Porter's transition from childhood to adulthood was difficult.

"He tried very hard to be a good person," Hanby said.

But Porter's final run-in with the law came Sunday morning. Police said he robbed a Kroger store in Over-the-Rhine and attacked Brucato with a knife at Government Square. Brucato shot and killed Porter in self-defense, Police Chief Eliot Isaac said.

"This was a vicious, violent attack on the officer," Isaac said Monday.

Hamilton County Prosecutor Joe Deters said Monday afternoon that he found Brucato was justified in shooting Porter. He said he doesn't plan to present the case to a grand jury.

While Hanby said he's sad Porter died, he's not surprised his life ended as it did.

Samantha Deloach, the victim in the 2015 casino attack, described the incident as "very scary" -- the attack was so sudden and brutal that one of her teeth punched through her upper lip when Porter struck her -- but said she wished Porter had been able to find effective treatment for his mental health problems.

"I hope for anybody that struggles with mental illness in any way, whether they think its' bad or not, to get help,” she said.

In a Facebook comment, she added, "All this judging is unnecessary. He wasn't a terrible person, he just had problems that (weren't) easy for him to deal with."

Deloach said that after the attack, she made contact with Porter on Facebook. He apologized to her for hurting her and promised that it would not happen again.