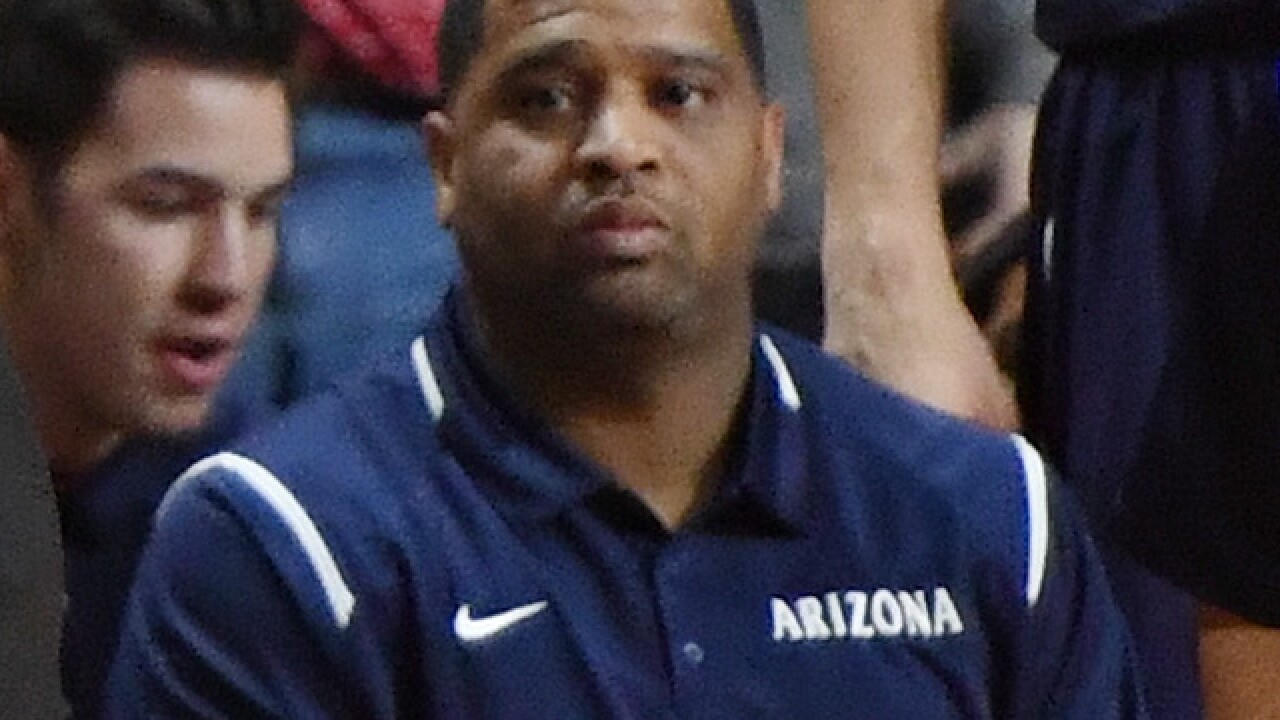 Emanuel "Book" Richardson of the University of Arizona was paid two bribes totaling $20,000, according to a federal criminal complaint. Richardson is accused of keeping some of the money for himself and giving some to at least one high school basketball player to recruit him to play for Arizona.

Four coaches, including Richardson, accepted bribes from undercover FBI agents, according to the complaint. Authorities also charged Chuck Person of Auburn University, Tony Bland of the University of Southern California and Lamont Evans of Oklahoma State.

Richardson previously spent two seasons as an assistant coach with the Xavier University men's basketball team under coach Sean Miller before following Miller to Arizona in 2009. Xavier athletics spokesperson Tom Eiser said there was no indication any corrupt activity occurred while Richardson worked there.

Acting Manhattan U.S. Attorney Joon H. Kim said the coaches "abused the trust put in them" and took cash bribes from managers and advisors in exchange for directing players and their families to the bribers.

"All of them had the trust of the young players they coached and recruited, young men who looked up to them and believed that the coaches had their best interest at heart," Kim said.

Additionally, three people associated with professional managers and advisers and three people with ties to major sportswear companies were charged in a second but related scheme, according to Kim. Those people worked together to funnel money to families of some of the country's top high school recruits to play for the school sponsored by the company, he said.

Federal officials said the FBI began investigating the criminal influence of money on NCAA coaches and student-athletes in 2015.

"We have no tolerance whatsoever for this alleged behavior," he said in a written statement. "Coaches hold a unique position of trust with student-athletes and their families and these bribery allegations, if true, suggest an extraordinary and despicable breach of trust."

Read the full criminal complaint below: