Survey: DeWine, Beshear have highest approval ratings in the country during COVID-19 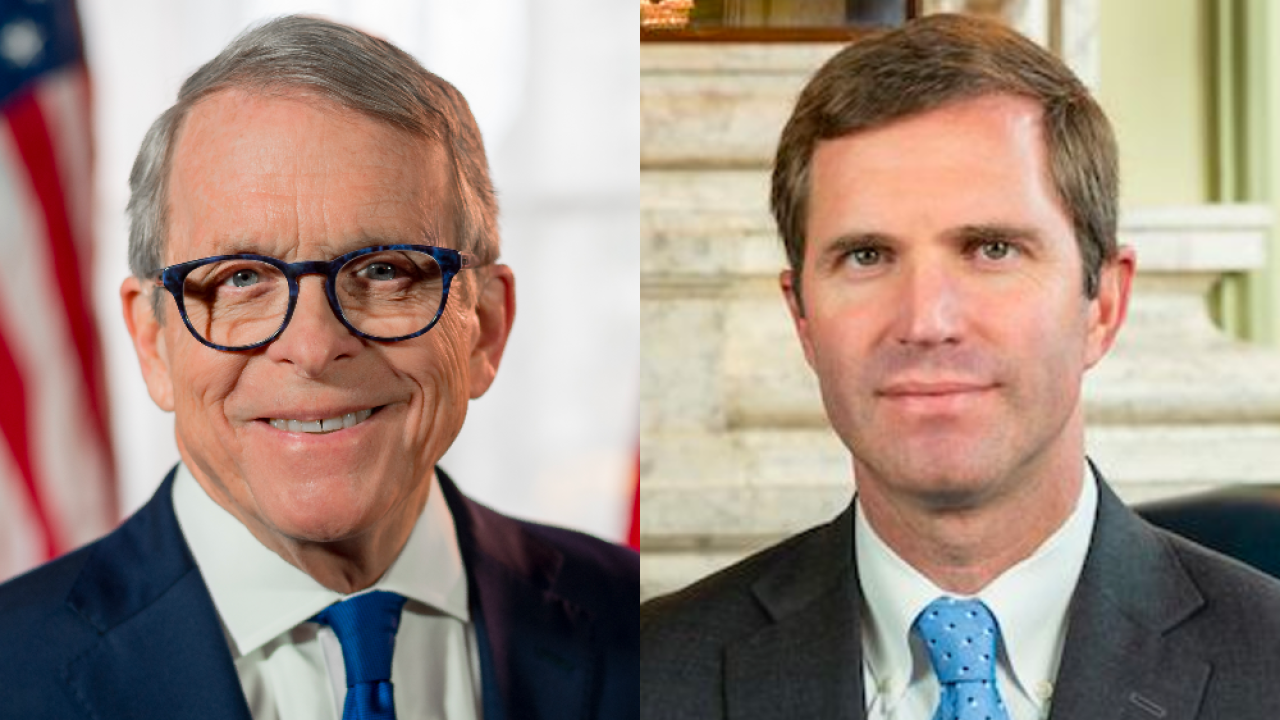 People in all 50 states believe that their governor is doing a better job of handling the COVID-19 crisis than the president, according to a survey published Thursday by a quartet of data researchers, but Ohio’s Gov. Mike DeWine and Kentucky’s Gov. Andy Beshear rank more highly than most.

“The State of the Nation: A 50-State COVID-19 Survey” was published Thursday on the personal website of Katherine Ognyanova, a Rutgers University researcher who partnered with colleagues from Harvard and Northeastern to collect data on Americans’ beliefs about COVID-19.

The questions they asked all participants across the country — who included Republicans, Democrats and Independents of all ages and races — included how soon their state’s economies should reopen, where they were getting news about the pandemic and how much they trusted various national figures.

About 44% total wrote that they “approve” or “strongly approve” of the way President Trump is handling the outbreak. (About 51% trusted him “some” or “a lot” to do the right thing in the future, slightly lower than Joe Biden’s 54%.)

However, 65% wrote that they “approve” or “strongly approve” of the way their own state governor had responded to the crisis.

When the data breaks down by state later in the report, Kentuckians’ and Ohioans’ levels of trust in their governors are even higher than that. DeWine and Beshear, in that order, are the most-trusted governors in the country.

Around 81% of Kentuckian respondents said they approve or strongly approve Beshear’s containment measures. DeWine, even more popular, had 83% of respondents’ confidence in his state.

By contrast, 57% of Ohioans and 58% of Kentuckians trusted the president “some” or “a lot” — higher than the national average, but still lower than either governor.

People in both states had slightly less faith in Joe Biden — 53% in Ohio and 48% in Kentucky — much more in the Centers for Disease Control and Prevention — 89% in both — and nearly unanimous trust in doctors and hospitals.

Nationally, the last finding held true. Almost all national respondents said they had “some” or “a lot” of faith in hospitals, doctors, scientists and researchers, making them the most trusted groups of all as the pandemic progresses.

Ognyanova, who published the report, tweeted that was the best thing she’d learned from analyzing it.

You can read the whole thing for yourself here.