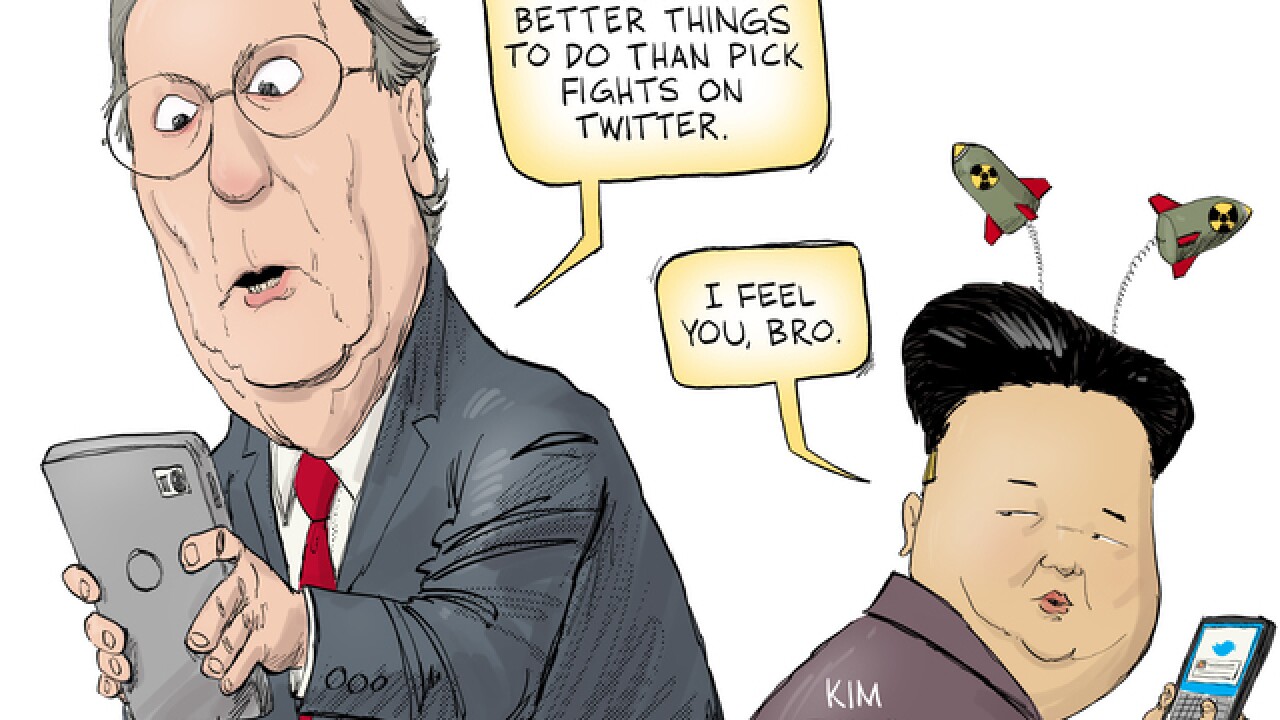 It's not unusual for Donald Trump to pick fights over Twitter. This week the president picked two separate fights, courting consequences at home and abroad.

His first target was North Korean leader and Dennis Rodman BFF Kim Jong Un. North Korea launched two missile tests last month, demonstrating it could be a nuclear threat to the United States. Instead of trying to talk the Dear Great Grand Fluffy Marshal off the nuclear ledge, our own peculiarly coifed leader ratcheted up his own fire and fury rhetoric on Twitter.

But Trump is a multi-tasker. He can't entangle himself in just one social media conflict. After making remarks in Florence about the president's political inexperience and "excessive expectations" for fast legislation, Senate Majority Leader Mitch McConnell became Trump's second foe.

Although the fallout from a spat with McConnell won't be deadly, it could still become radioactive for a deeply unpopular president.