Positively Cincinnati: Hoping to reconnect with his daughters, this dad wrote 100 postcards 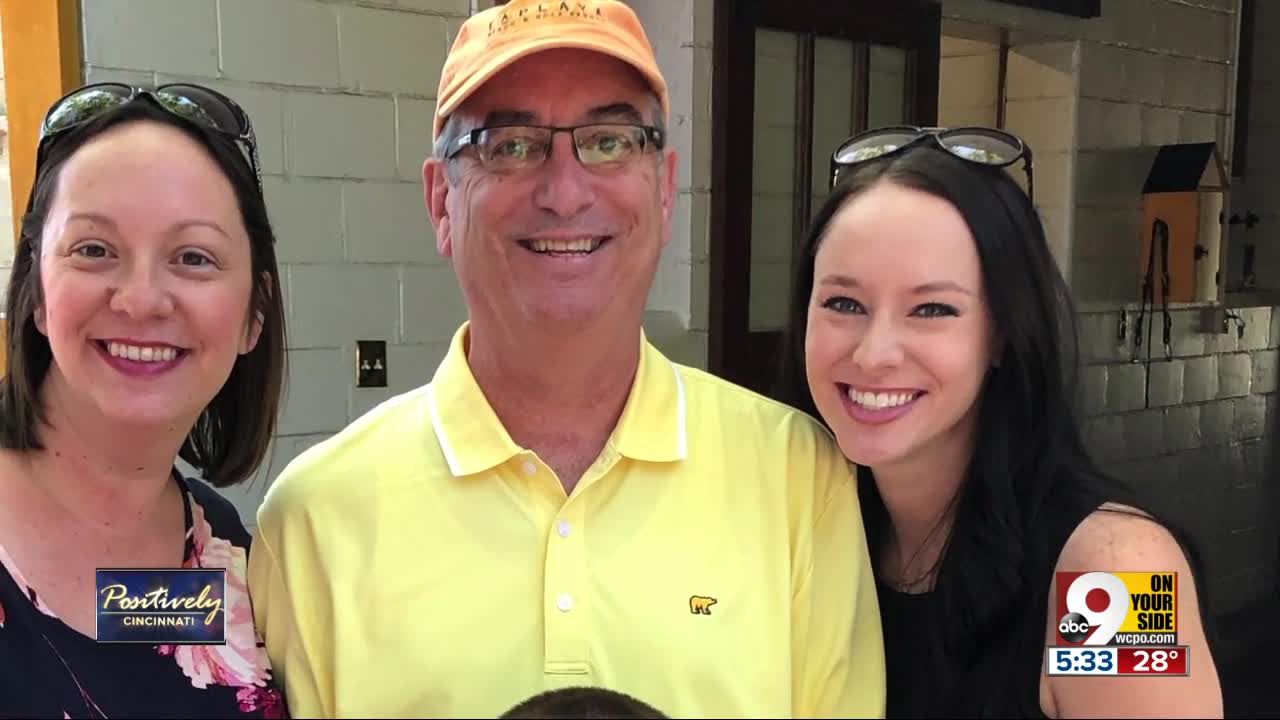 “I’m thinking, ‘You know, I don’t talk to my daughters as much as I wish I did.’ Lots of times you’re living life not making that little personal connection."

Have you ever wished you had done more, said more or shared more with someone special in your life?

We only get one shot at this, so phrases like “carpe diem” really are the guide.

I love this week’s “Positively Cincinnati” because it’s about a dad who’s taken living in the now to heart. Tim Dugan, a husband and father who says he has saved every card his wife ever sent him, made a point of telling his adult daughters how much they mean to him.

He didn’t quite send it in a letter, but he did pen it on postcards — 50 for each daughter — over more than a year.

The idea was born when Dugan saw the box of postcards at his favorite bookstore. He told me, “I’m thinking, ‘You know, I don’t talk to my daughters as much as I wish I did.’ Lots of times you’re living life not making that little personal connection. I thought. ‘It would be kinda fun to send ‘em postcards once in a while.’”

I spoke with his older daughter, Ashley McFarland, about her dad’s extra effort to connect. She said it touched her heart and resonated with her as a parent.

“I know I feel as a parent, ‘Did you do everything you could?'" she said. "'Right? I mean, did you tell the people when they were there that they mattered, and that they were important?’ I definitely know I matter.”

She also said the postcards brought her even closer to her sister, Corey. They compared when their father wrote and how he wrote to them. It made for fun conversations.

Plus, they will always have the treasure of their dad’s words. He signed every postcard, “Thinking of you, Love Dad.”

What a beautiful thing to let someone know they are on your mind.