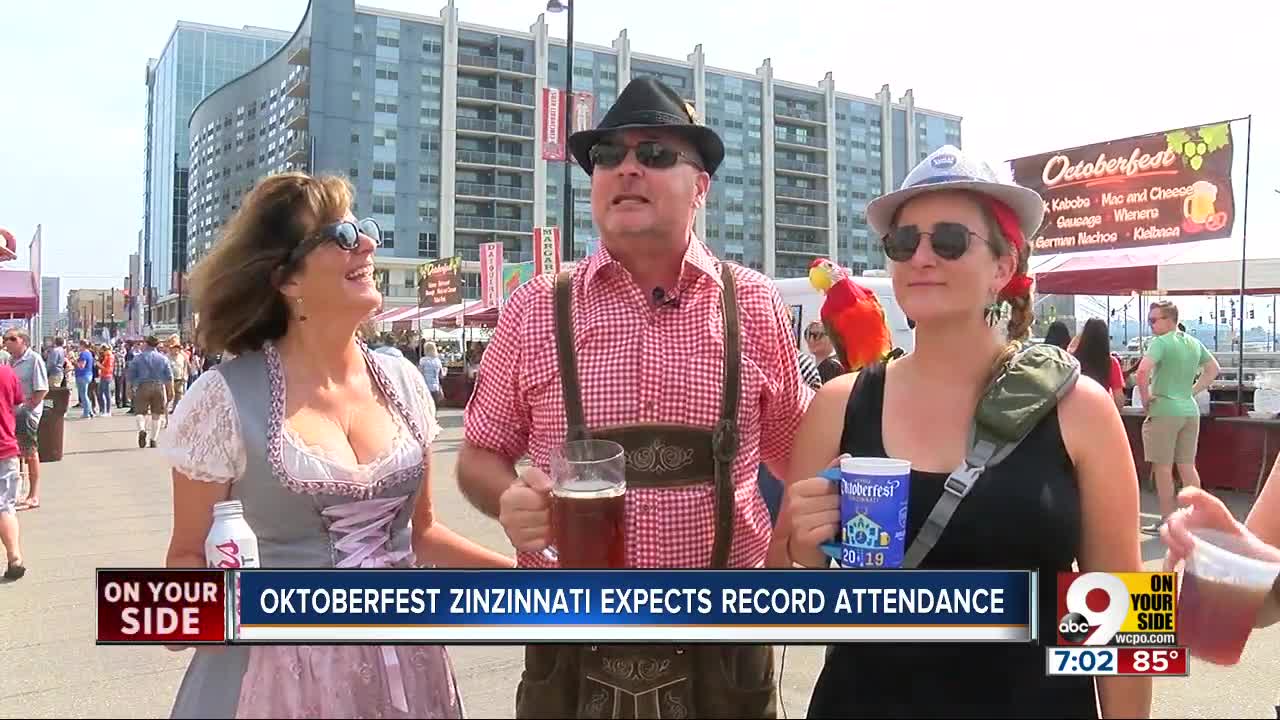 Oktoberfest Zinzinnati got off to bright and early start Friday that drew a big crowd Downtown to eat, drink and celebrate the city’s German heritage. 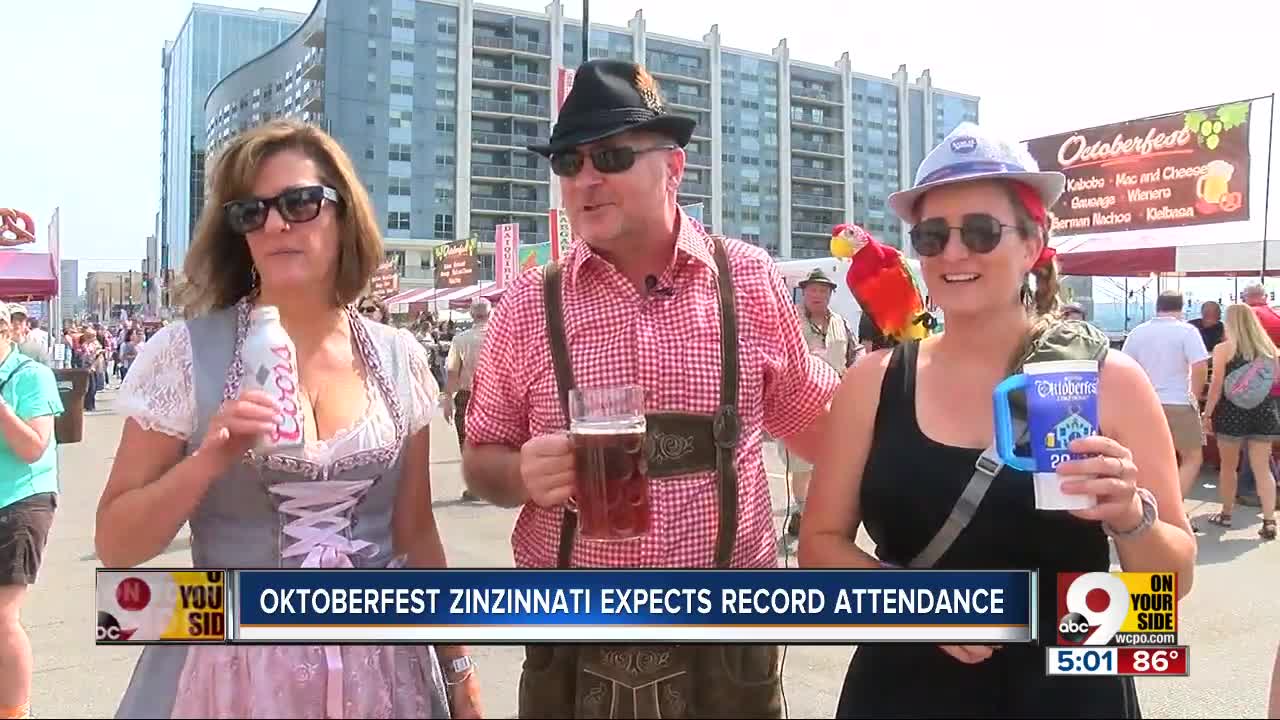 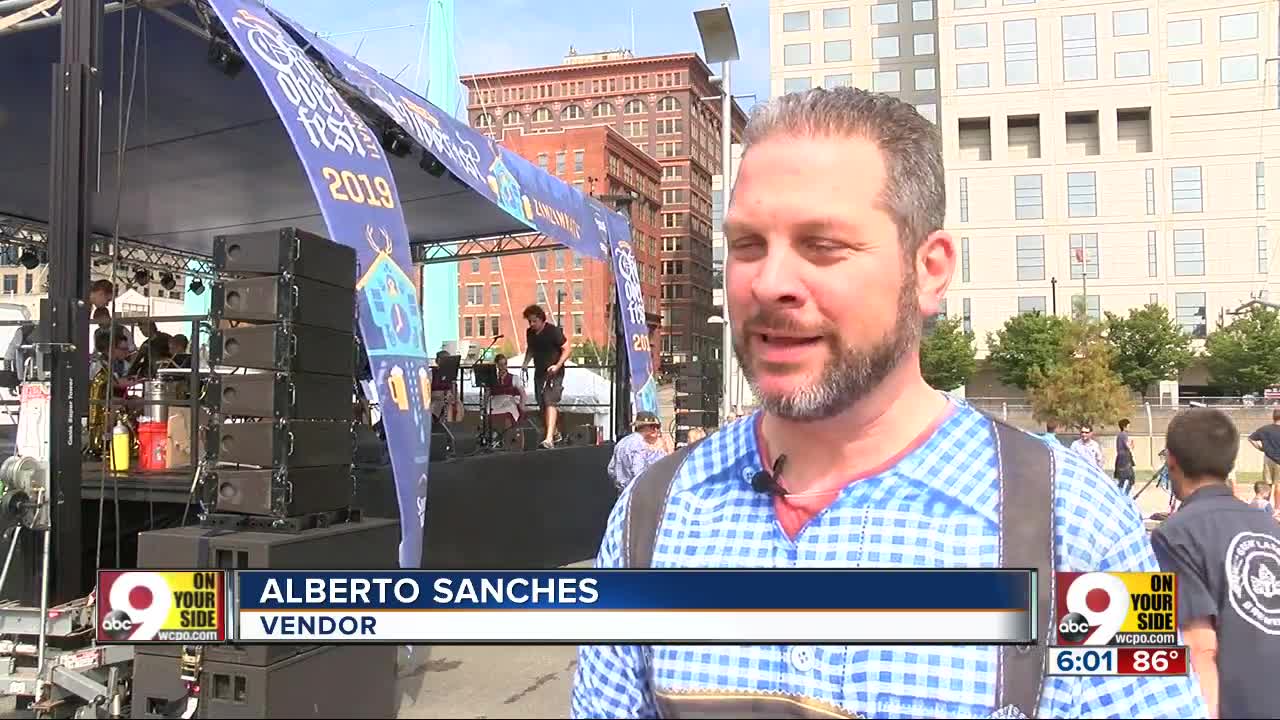 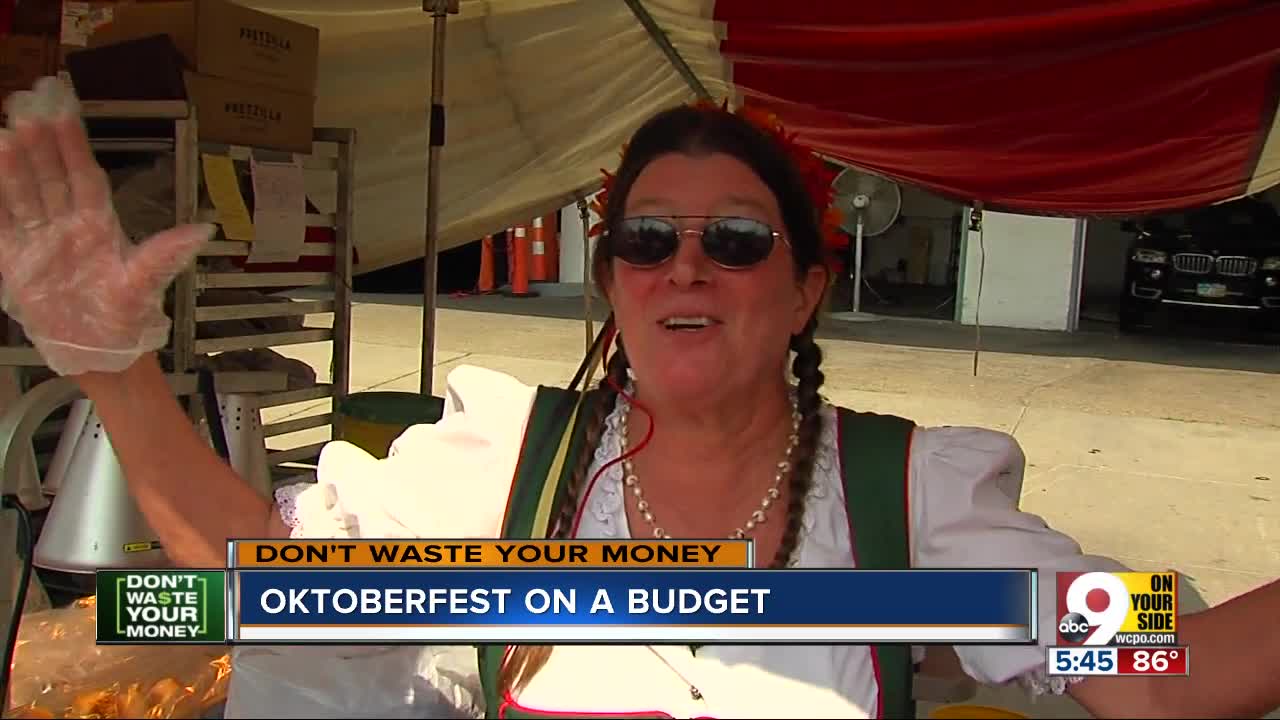 CINCINNATI — Oktoberfest Zinzinnati got off to bright and early start Friday that drew a big crowd Downtown to eat, drink and celebrate the city’s German heritage.

“This is awesome!” said Gail Huff, who was enjoying her first Oktoberfest here. “Cincinnati knows how to play and have fun.”

"Every year something new!” said Alberto Sanches, a vendor for 10 years. “The crowd is building year after year."

It helped that Mayor John Cranley declared a city-wide half-day holiday on the opening day of the three-day event.

RELATED: Everything you need to know before you go.

Because the party started at 11 a.m. – six hours earlier than usual – and the forecast calls for beautiful weather through Sunday, organizers are expecting a record number of people this year.

“We’ve had anywhere from 650,000 people or more at Oktoberfest every year, but I’m looking out at this road right now and it is full already!” said Brendon Cull, COO of the Cincinnati USA Regional Chamber.

WATCH how to enjoy Oktoberfest Zinzinnati for under $25.

Fritz Bigwood of Cincinnati hopes the early start and half-day holiday will become a fixture for future Oktoberfests. He compared the annual September celebration to Reds Opening Day.

While some people dressed up in lederhosen, Olga Pataki came as a pirate.

“I think it’s important to dress up and make your situation. For example, I have a peg leg. I’m a pirate,” Pataki said. “I think it’s good to get into spirit and celebrate the history and all that it is.”

Bigger crowds are expected Saturday, especially around 5 p.m. when they’re going to try to break the mark in the Guinness Book of World Records for most people doing a chicken dance. Local celebrities will lead the dance on nine stages.

Oktoberfest is taking place on Second and Third streets between Walnut and Elm. It runs until 11 p.m. Friday. Hours are 11 to 11 on Saturday and 11 to 9 on Sunday.

Huff will be back.

“I always wanted to see an Oktoberfest that was German and real and active and I got it,” she said.