Lockland and Springdale may be next "hot spots" 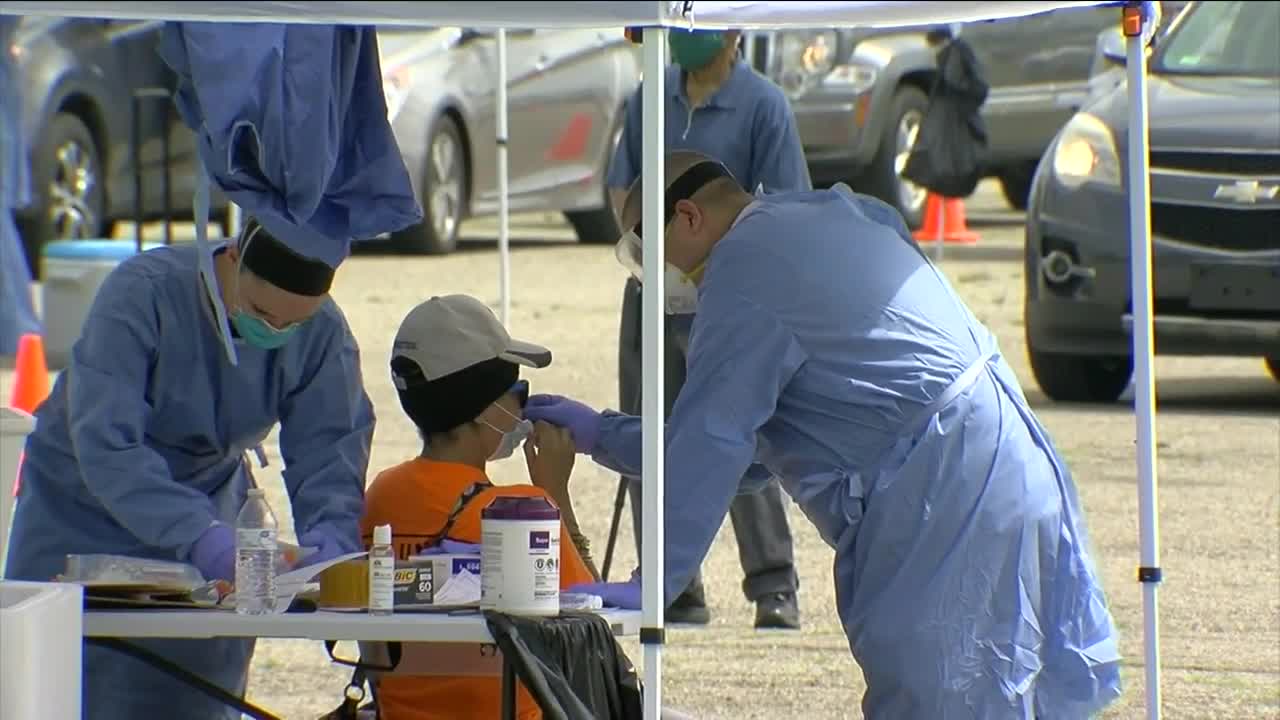 The Lincoln Heights Health Center is one of several recent "pop up" drive thru COVID-19 test sites that have provided free, no appointment necessary testing across town to help curb the spread of the virus.

For several months, health advocates across the TriState have called for an increase in COVID-19 testing, particularly in large minority communities that are most susceptible and hardest hit by the virus.

“It has been a challenge, but we’ve been able to work through that,” said Dolores Lindsay, founder and chief executive officer of the Healthcare Connection, which operates the Lincoln Heights Health Center.

That location is one of several recent "pop-up" drive-thru COVID-19 test sites that have provided free, no appointment necessary, testing across town to help curb the spread of the virus. It comes at a time when Hamilton County is seeing high rates of positive tests for the virus. The county is currently listed as a red Level 3 Public Emergency due to increased positive cases, emergency room and doctor's visits. Over the two testing days administered by the Lincoln Heights Health Center, testing requests doubled from 57 on June 21 to 115 on June 28. Lindsay said there were several positive results.

“It increases every week. If the word gets out and people are interested and want to be tested, they’re showing up,” Lindsay said.

Drive-up testing is currently only offered at the Lincoln Heights location at 1401 Steffen Avenue on most Sundays from 2 p.m. until 5 p.m. until August 16. The Healthcare Connection will host one drive-thru test site at its new Mt. Healthy Family Practice Center on August 9. The idea to open testing on Sundays was strategic.

"Usually church is over with at that time. You’ve run all of your errands and so forth, so you don’t have a lot of things on your calendar. So, that’s a free time for a lot of people,” said Mardia Shands, chief diversity officer for TriHealth, which is collaborating with the Healthcare Connection on the drive-thru test sites.

“Some of them can’t take off work to get to testing, so we have to try to set it up to make it convenient for them to get there,” said Lindsay, which leads to another reason why the community health center is in a key position to offer testing.

“Lockland, particularly, we believe is probably going to be the next quote-unquote hot spot,” she said.

Springdale is the second.

“We’re going to be working with the Springdale Health Department to do testing," Lindsay said. "We know that there are many more out there. We know that because of the conditions that some of our patients live in,” she said.

Many patients they care for live in multi-generational families or work jobs where they are caregivers, home health aids or frontline essential workers.

"We know that that’s where a lot of the minority population that we serve live," she said.

“Testing is an important step, so that when people know their status, they can take the necessary steps to either quarantine themselves and exercise greater caution,” said Renee Mahaffey Harris, president and CEO of the Center for Closing the Health Gap. She also is one of several Cincinnati members of Governor Mike DeWine's statewide Minority Strike Force to help reduce the spread of COVID-19 in minority communities.

However, Mahaffey Harris said testing is only a portion of what needs to be done. She said messaging to encourage social distancing, mask-wearing and hand-washing are all important as well.

“Often times you can make it (testing) easily accessible and still there need to be stronger messages, especially within our younger demographic,” she said. “I’m hopeful that the more informed people are on their status, then the more we can start seeing a slowdown in the spread and that we see lives be saved.”

Shands said they will certainly be examining the outcome from the community testing.

“We gave it about two months or so to see, okay, what are the numbers in terms of how many people are accessing the site. Let’s look to see the positive cases. Who’s coming in,” she said.

All people ages 18 or older are welcome, regardless of where you live, your income level and/or your medical coverage.

Here are the testing requirements: