COLUMN: Let's not assume that the Tensing trial verdict could result in riots

'That is not the Cincinnati we are today' 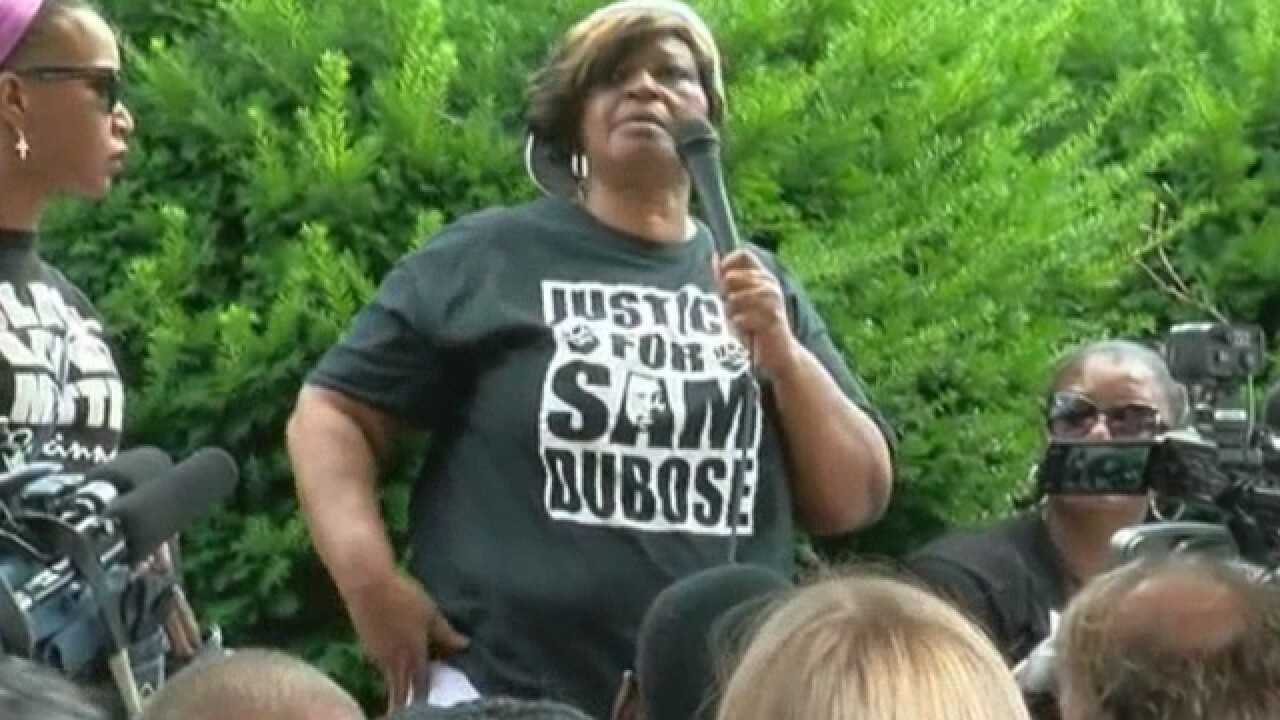 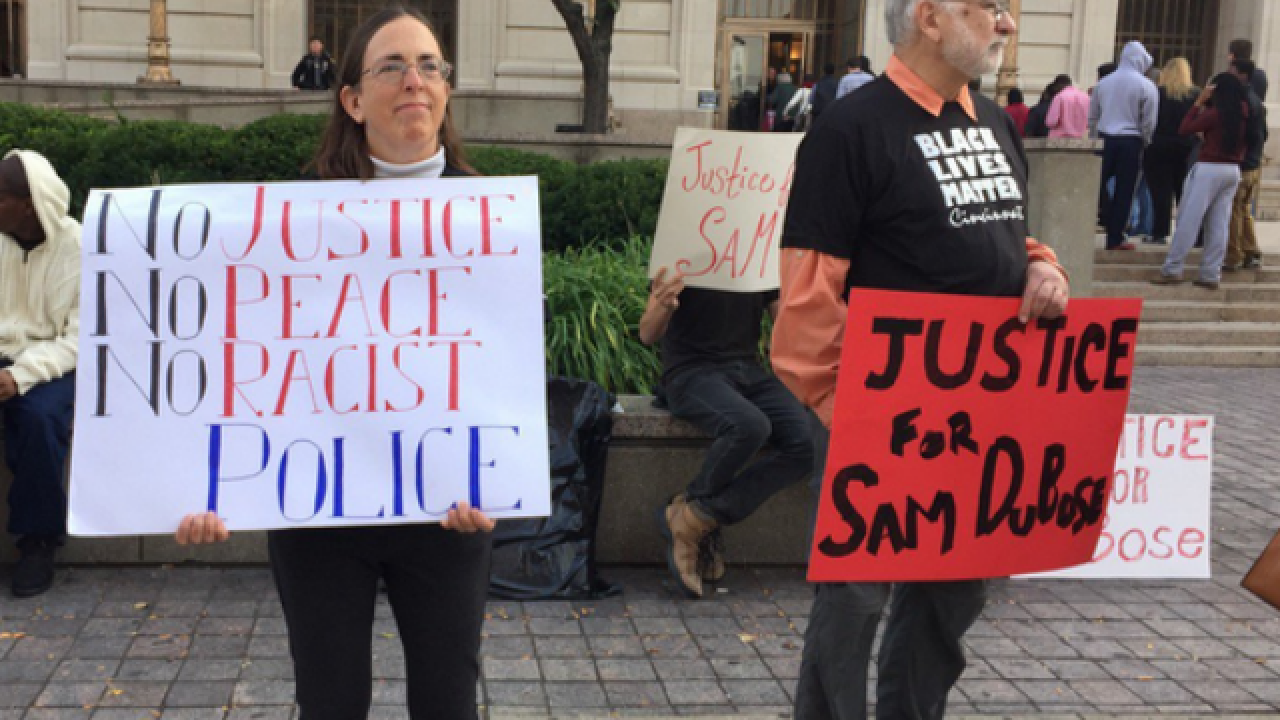 CINCINNATI – A divisive presidential election. A murder trial for a former police officer who shot and killed an unarmed man during a traffic stop. And a jury of 12 men and women struggling to reach a verdict as demonstrations continue outside the Hamilton County Courthouse.

It has been a tough week for many in Cincinnati and Hamilton County.

But does that mean -- if the jury doesn't convict Ray Tensing in the killing of Sam DuBose -- we should all expect riots like those that tore through Cincinnati in April 2001?

I sure hope not.

Anyone who lived here back then remembers what that was like: Five days of civil unrest that turned violent after a white Cincinnati Police Department officer shot and killed Timothy Thomas, an unarmed 19-year-old black man.

Throngs of people marched through Over-the-Rhine, with some of the protests continuing into Downtown. I remember standing in the conference room of the business newspaper where I worked at the time, watching on that first day as protests spilled down Race Street.

Some of my co-workers were shaken. I initially said the disturbance looked more peaceful than what I had seen in Lexington, Kentucky, after the University of Kentucky won the NCAA championship. "Fans" burned cars in Lexington, after all.

Then someone broke a window at the Payless ShoeSource across the street, and I had to admit things had taken a turn for the worse.

Even with that memory still fresh in my mind, though, I have not been worried about any kind of violent reaction after the completion of the Tensing trial.

Our city is different than it was all those years ago. And I'm not the only person who feels that way.

"Cincinnati in 2001, that is not the Cincinnati we are today," Cincinnati City Councilman Christopher Smitherman told me.

"We've made great strides in the city in trying to connect people from law enforcement, city government and people who are involved in the collaborative agreement to dissuade people from that type of behavior," he said.

So why, then, do so many people seem to expect something horrible to happen?

Hope for the best, prepare for the rest

Several local schools closed or made plans to dismiss early Thursday in anticipation of a verdict in the murder trial.

There was buzz in the newsroom Friday about businesses closing early or avoiding certain neighborhoods, too.

That made some of us wonder in the newsroom: Is that because people still remember the violence of April 2001? Or are there racial overtones at play?

Put bluntly: Are some institutions expecting violence because many of the demonstrators outside the courthouse are black?

Smitherman, a financial planner and former president of the Cincinnati chapter of the NAACP, offered a more nuanced explanation.

"When you're a small business owner or you're the superintendent of schools, you have the responsibility to keep people that work for you or the people who are your constituents safe," he said.

Smitherman said schools and businesses likely have determined that there is no way to manage this potential risk. So they chose to avoid it.

"I think that's a responsible thing to do," he said, especially in neighborhoods near the courthouse that might be viewed as the "impact zone."

"In the city, we are hoping for the best, but we certainly are preparing," he said. "We certainly don't want to see what we've been seeing in Portland, Oregon, overnight."

"Yes, there are racial overtones," he told me.

But Smitherman added that he doesn't think those racial overtones are impacting the way the police department is monitoring the situation.

'We've been there as a city'

"I think that our police department is a model department for the United States of America, and I don't say that lightly," Smitherman said. "I really believe that."

He said the department has prepared for protests after a Tensing verdict with extensive communication throughout the community in a way that was unthinkable in 2001.

Saunders was a young supervisor in the police department in 2001 and remembers those difficult days.

"We've been there as a city," he said. "We've seen the damage that that kind of activity can cause and the harm it can cause the community, and we don't want to go back down that path."

The city has had many large, peaceful demonstrations in recent years, including a large Black Lives Matter: Cincinnati rally in July to protest the shooting deaths of black men by police in Minnesota and Louisiana.

That Cincinnati rally occurred less than 72 hours after a similar event turned deadly in Dallas.

Black Lives Matter: Cincinnati organizer Brian Taylor at the time credited the success of the rally to his organization's careful planning and months of preparing leaders of the organization.

But Cincinnati police also stayed back. Officers didn't line up in riot gear or establish a line of demarcation.

"If we create a line, and there's a point where there's a standoff between police and protesters, that can sometimes be a flash point for some of the negative interactions that take place," Saunders said. "We give people space and monitor as long as people aren't causing harm to property and to others."

And that, under Ohio law, is the big difference between a "protest," "rally" or "demonstration" and something that legally becomes a "riot."

Ohio Revised Code defines "aggravated riot" as a group of four or more people who engage in disorderly conduct that results in fighting and harm to people or property. Here at WCPO, we are going to use great care in how we label any protests that occur in the wake of the verdict.

"Words matter. We understand that media plays an important role in labeling events and that the words we use influence people's perceptions," said Mike Canan, the editor of WCPO.com.

Peaceful gatherings will be described as "demonstrations," he said.

"We firmly hope that there is no violence or property destruction. But if something like that occurs, our team will discuss whether to describe a situation differently at that time," Canan said.

Saunders stressed that we, as a region, haven't seen that kind of behavior "for a really long time."

Going back is certainly not the direction that Smitherman or Saunders want to go, and I don't either.

Lucy May writes about the people, places and issues that define our region – to celebrate what makes the Tri-State great and also shine a spotlight on issues we need to address. Childhood poverty is an important focus for her and for WCPO. To read more stories about childhood poverty, go to www.wcpo.com/poverty.