Need a running pal? There's an app for that 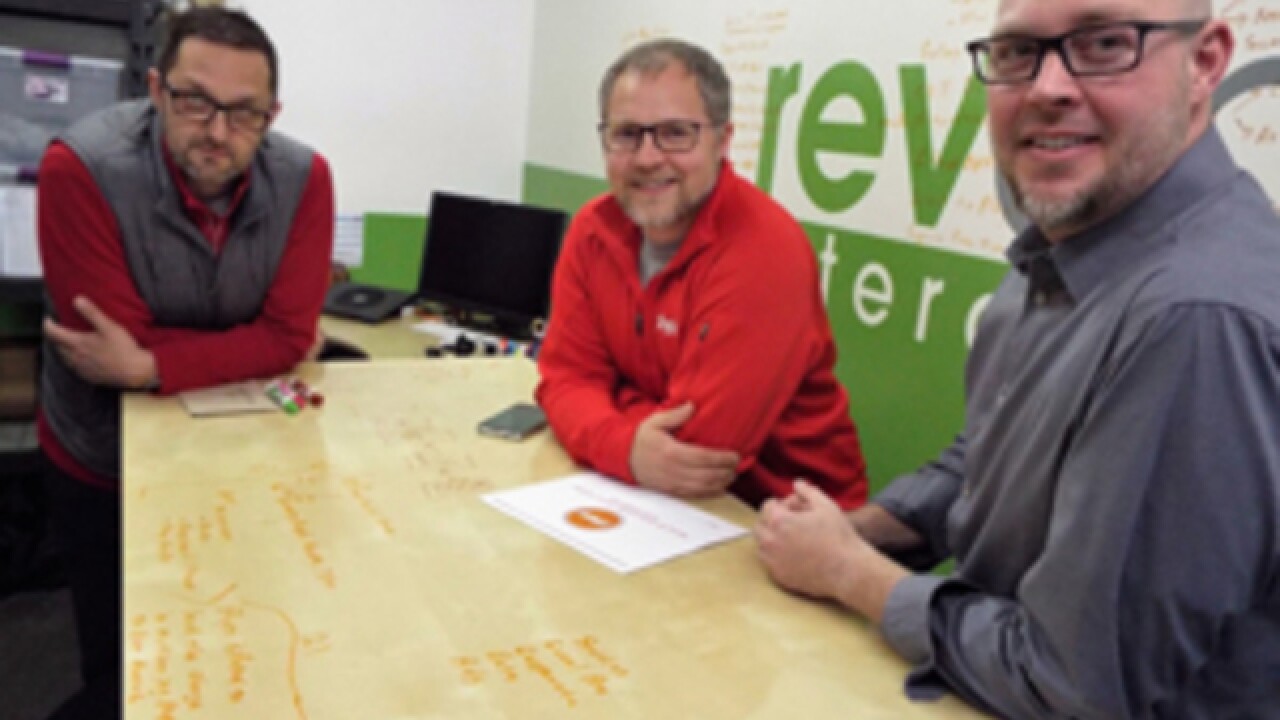 Kevin Eigelbach, WCPO contributor
<p>Three of the owners of Physi, a new app that links people who need people to play sports with, pose around the table inside their Longworth Hall offices that serves as an idea board. They are, from left, Marty Boyer, Matt Vorst and Craig Herget.</p>

After DotLoop, a company Matt Vorst co-created that automated the process of buying a home, sold to Zillow Group for $108 million in 2015, the Cincinnati native took $500,000 of his new wealth and invested it in Physi, an app he dreamed up that helps people find buddies to run with or play sports with.

You simply tell the app what sport you’d like to play and at what time, and it will let you know if any other users are interested in playing at that time. Then it gives you the opportunity to connect with that user and schedule a game or an activity.

How’d he come up with it?

When Vorst, now 39, moved to Cleveland to work for Rockwell Automation, where he did web development of inventory systems, he didn’t know anyone and had no one to play sports with. That’s when he conceived of the basic Physi idea and started a website to make it happen. But he didn’t have the experience to make it work.

Recently, a friend, Elizabeth Reisz, brought that idea back to his attention, he said, and suggested he make it into a mobile app.

Who are the owners?

Vorst, Boyer, Reisz and Craig Herget, a graphic designer who worked with Vorst at Rockwell. So far, Vorst is the only investor, but after a few months to get Boyer onboard, the company plans to begin raising $1 million to $2.5 million from strategic investors with contacts in the health care or recreational sports industries, Vorst said.

It doesn’t at the moment, Vorst said, but the owners have a couple of ideas for revenue, including sponsorships from corporations that want to make their employees healthier and from ads geared to activities the user likes. There’s no charge to download or use the app.

How many users does it have?

About 3,500 since it launched in October. Those are divided between Cincinnati and Austin, Texas, where Vorst and company spent three months this winter, because not that many Cincinnatians play outdoors in the winter. Austin is a young, fit city that’s growing rapidly, Vorst said.

Three similar apps have come out of accelerators, Vorst said, but their products were “buggy” and they’re not around anymore. “We haven’t figured out why they failed,” he said. Fitness Singles, a dating website founded in 2000, can make similar connections for workout buddies, Vorst said, but it’s a pay-to-communicate site and it hasn’t made the leap to mobile.

Aside from fundraising, the main goals going forward are to grow the number of users and cities the app is used in, Vorst said, and to make some product improvements, such as doing a better job matching up users.

Also, Physi is partnering with Cincinnati Neighborhood Games, a nonprofit that organizes backyard Olympics in neighborhoods for non-traditional sports such as cornhole and tug-of-war, with a city championship set for this summer at Yeatman’s Cove.

Aside from making money, what’s the company’s mission?

To get people outside and motivate them to make the world a smaller, happier, healthier place through play.

“Everyone has the Fitbits (that measure activity), but there’s nothing out there to motivate people to get off the couch, or get active during lunch,” Vorst said, which Physi does. “We’re trying to get people excited about being active.”