'We've been way too wimpy' 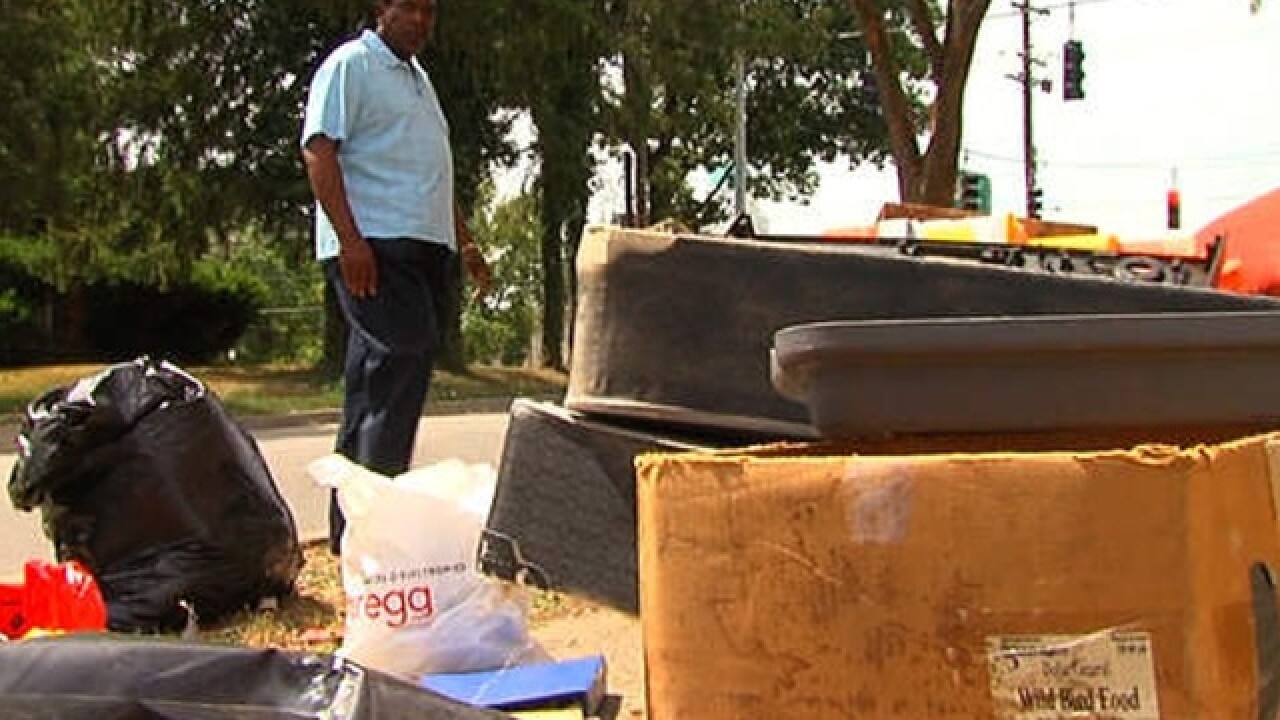 Copyright 2017 Scripps Media, Inc. All rights reserved. This material may not be published, broadcast, rewritten, or redistributed.
WCPO
<p>Archived photo of an eviction.</p>

I watched it happen over and over one morning at the Hamilton County Courthouse.

Sitting on long, wooden benches, they waited for their names to be called. One at a time, tenants approached the Hamilton County magistrate, admitted they were behind on their rent and begged for more time. They talked about sick relatives that put them behind or new jobs that could help them get back on track.

Nearly every one of them pleaded for mercy. Almost without exception, their landlords said no. Then with the banging of a gavel, the families were evicted.

RELATED: Win in court is still a loss for this family

This is not to say that all landlords are bad or mean-spirited. They are property owners and business people who are trying to make a living and pay their bills.

But if you have never been evicted, you might not realize how much damage that five-minute legal proceeding can cause. An eviction ruins your credit score and makes it much more difficult to find another landlord who will rent to you -- especially one that will rent you decent housing in a safe neighborhood.

As Matthew Desmond told hundreds of people earlier this week in Cincinnati: “Evictions are not just a condition of poverty. They’re a cause of it, too.”

Desmond knows better than most. He’s an associate professor of social sciences at Harvard University and the Pulitzer Prize-winning author of Evicted: Poverty and Profit in the American City. The book is an in-depth study of some of the poorest neighborhoods in Milwaukee and eight families on the edge.

But what Desmond learned in Milwaukee applies to cities across the country, he told those gathered to hear him speak May 16 at the Cincinnati-Hamilton County Community Action Agency.

“Eviction comes with a record, which can prevent you from moving into decent housing in a safe neighborhood,” he said. “If you get evicted, your chances of losing your job the following year are 20 percent higher.”

In Hamilton County alone, nearly 12,000 evictions were filed with the court last year, said Stephanie Moes, a housing and education attorney with the Legal Aid Society of Southwest Ohio. That total doesn’t count informal or unlawful evictions, she said. But it does include nearly 3,000 “writs of eviction” that were issued last year. Those writs are where families have their belongings put out on the sidewalk, and they often end up losing many of their possessions as they lose their homes.

“As a community we cannot allow these families to continue to live like this,” Moes told the 250 people gathered to hear Desmond.

But because of Hamilton County’s shortage of affordable housing, the pace of evictions is unlikely to slow.

“That’s one-third of the population in Hamilton County,” she said. “And we know that gap is getting bigger. Incomes between 2000 and 2017 overall rose something like 15 percent. And the cost of housing has gone up more than 50 percent.”

That positions our region to have scores of parents like Arleen, a Milwaukee mom whom Desmond featured in his book.

Arleen got evicted after her 14-year-old son hit a passing car with a snowball. The driver of the car stopped, ran after the boy and kicked in the family’s front door. Her landlord evicted her because of the property damage, and her life spiraled into a series of worse and worse homes for her and her two sons after that.

She finally found a place she liked. But by that time her teenager was acting out at school after moving so often. He kicked a teacher in the shin, and the teacher called police who showed up at Arleen’s apartment to question the boy.

The landlord evicted the family because he didn’t want a police presence at his building, and Desmond said Arleen “began to unravel a bit.”

“She told me, ‘It’s like I got a curse on me that won’t stop for nothing,’” Desmond said. “Arleen told me, ‘Just my soul is messed up. I wish my life were different.’”

Arleen wanted to fast-forward to a time when she was an old woman with two sons who had grown into fine young men. She wanted them to be able to look back and laugh about their troubles. But even then, she knew that dream was distant at best.

Evictions, Desmond said, are “making things worse, and they’re leaving a deep and jagged scar on the next generation.”

The courage to demand change

The good news is there are things that we as a community can do.

Under inclusionary zoning, the city would require developers to make a certain portion of new housing units affordable so that community improvements don’t force out all low-income residents.

There are more ways to address the problem on the federal and local level. But the first step is to recognize and care about it, Desmond said.

United Way has been managing the Child Poverty Collaborative formed in late 2015 to address the region’s shameful child poverty rate.

The fact that 250 people gathered to hear Desmond speak on May 16 -- and that about 600 gathered the night before to hear his presentation at Christ Church Cathedral -- goes to show that there are lots of people who care about this problem and want to help, he said.

“This is the coalition, folks,” Meyer said to those gathered at Community Action Agency. “It’s going to take all of us to focus much more deeply on this issue.”