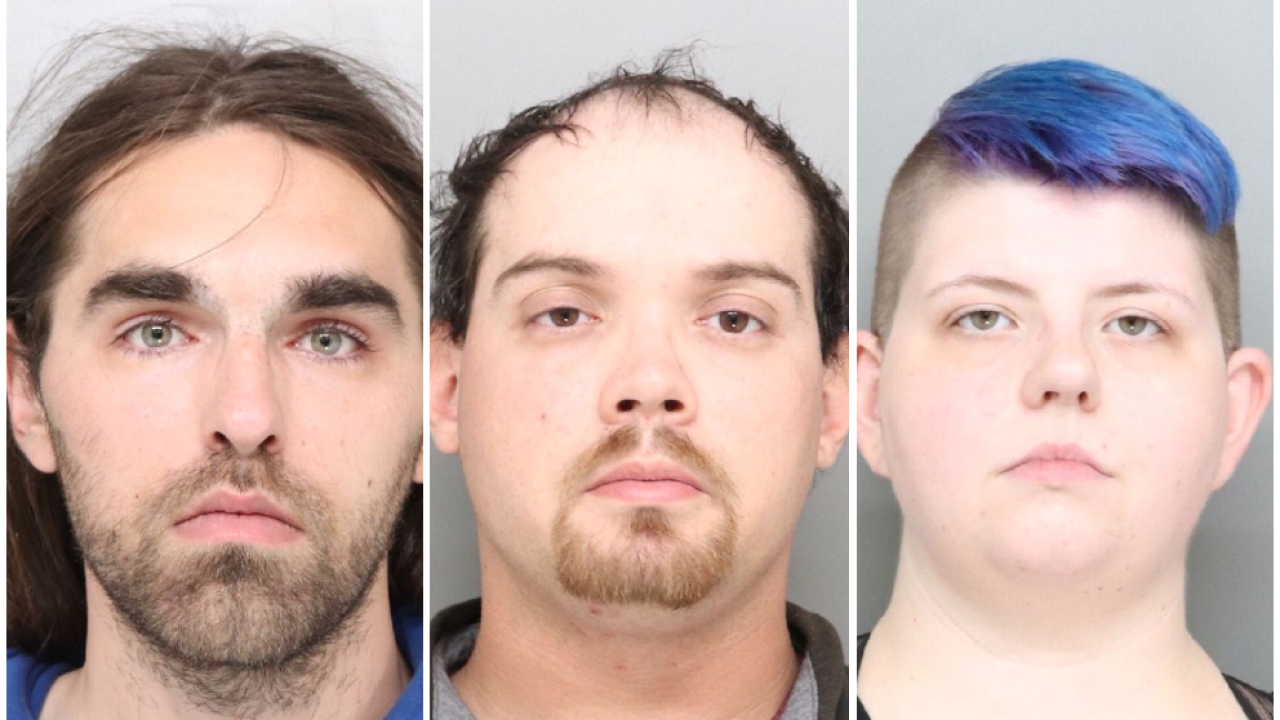 GREEN TOWNSHIP, Ohio — Three people are charged with breaking and entering after police said the suspects stole 16 brand new TVs from a Colerain Avenue business, and listed the items for sale on Facebook Marketplace.

The Green Township Police Department was investigating several offenses at local businesses when officers discovered the stolen items on social media, according to a Facebook post.

Detectives arranged to meet the suspects to buy the stolen merchandise back. Officers arrested Christopher Rapp, Matthew Bryant and Abigail Lallathin. All three are charged with breaking and entering.

According to court documents, Lallathin drove Rapp and Bryant to the business which was under construction at the time, and they loaded the TVs into two separate vehicles.

Rapp is also charged with tampering with evidence and receiving stolen property.

According to court documents, Rapp attempted to burn the TV boxes which include serial numbers and the make and models of the televisions. In court documents, police also report finding a stolen gun in Rapp’s home.